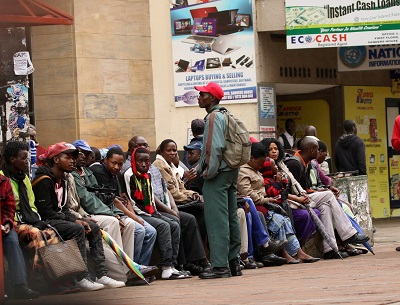 Johannesburg (People's Daily) - Zimbabwe's military released a statement Wednesday saying the country's situation has "moved to another level" following its takeover of the national TV station ZBC and other government buildings and offices.

"R.G. Mugabe and his family are safe and sound and their security is guaranteed," the statement said.

"We are only targeting criminals around him who are committing crimes that are causing social and economic suffering in the country in order to bring them to justice," it added.

"As soon as we have accomplished our mission we expect that the situation will return to normalcy," the military explained through the statement.

"To the people of Zimbabwe: We urge you to remain calm and limit unnecessary movement. However, we encourage those who are employed and those with essential business in the city to continue their normal activities," it said.