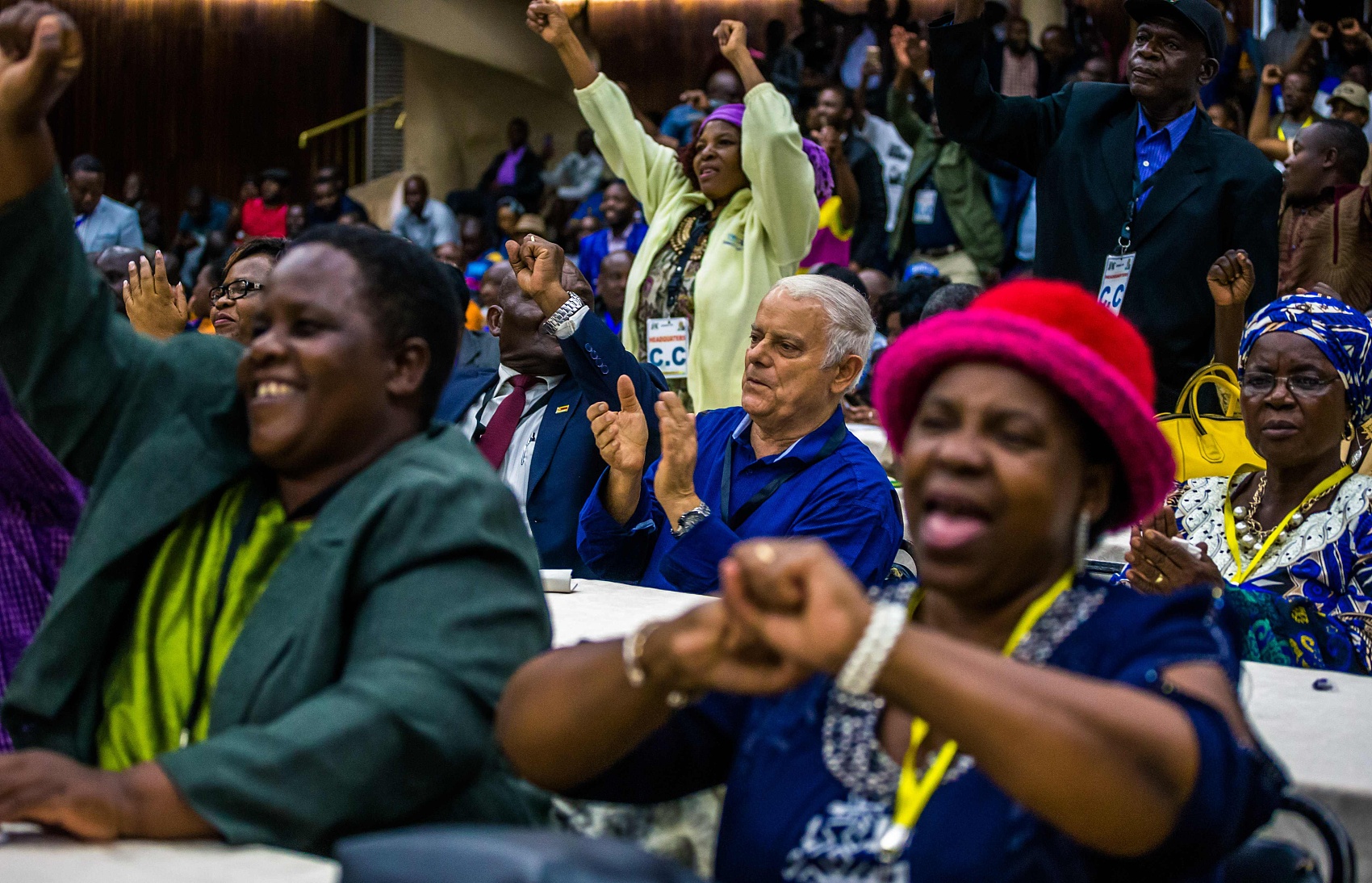 Members of ruling ZANU-PF party react upon the annoucement of the paty's president dismissal on November 19, 2017 in Harare. (Photo: VCG)

Mugabe ignored a midday deadline by the party's Central Committee to resign. He now faces impeachment when Parliament resumes Tuesday.

Meanwhile, government ministers are being urged to go about their work as usual as the political confusion continues.