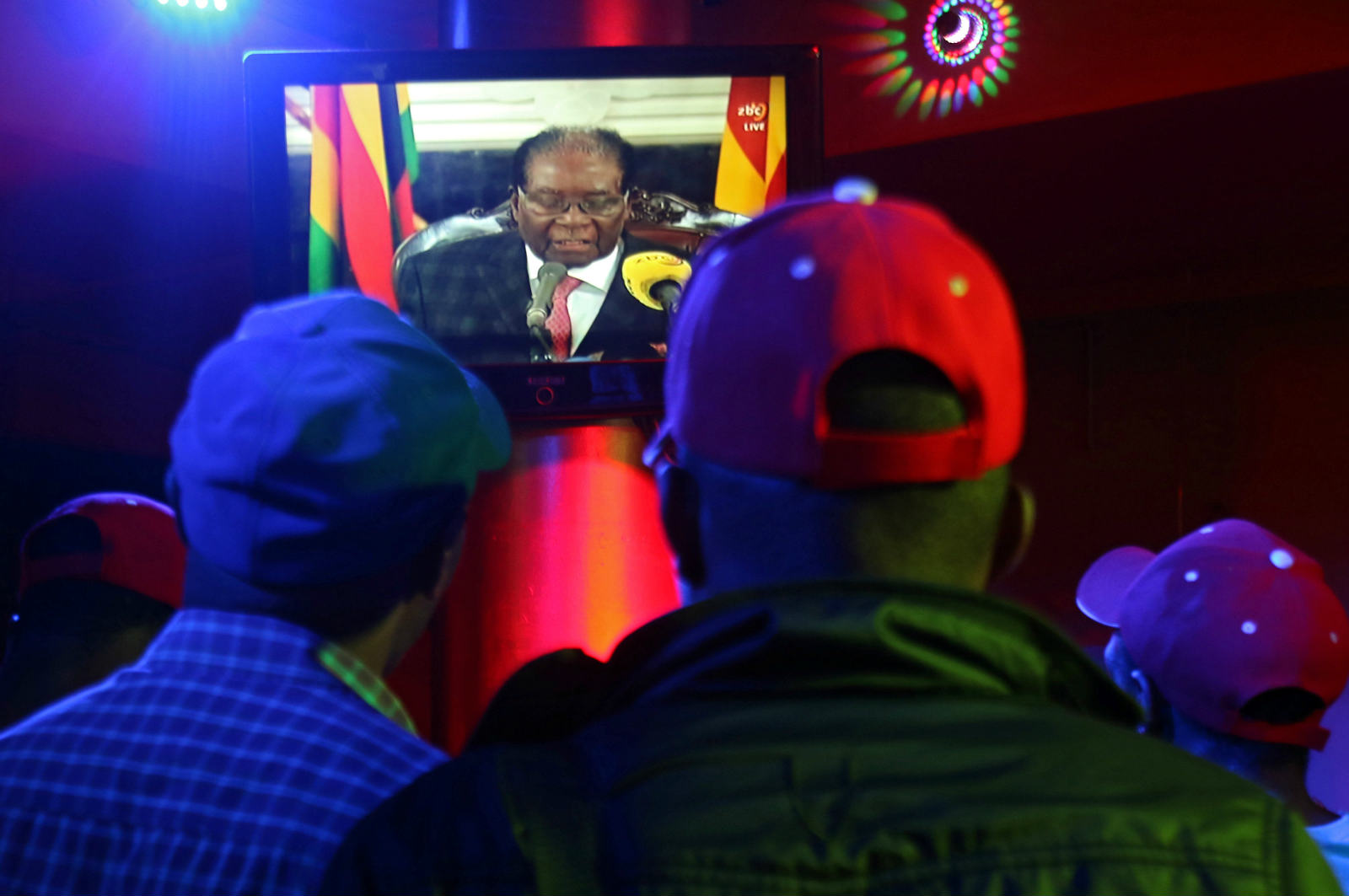 Zimbabwean President Robert Mugabe has agreed to stand down after 37 years in power, CNN reported on Monday, after he avoided any mention of resignation in a rambling national address on Sunday night.

A resignation letter has now been drafted, CNN said, citing sources familiar with his negotiations with the generals who seized power in Harare last week.

Under the terms of the deal, Mugabe and his wife Grace -- who had harbored ambitions of succeeding him -- would be granted full immunity.

Pressure was now mounting from all sides on the 93-year-old, the only leader Zimbabwe has known since its independence in 1980, to swiftly end the confusion that has gripped the country since the de facto military coup last Wednesday.

Even a formal resignation would be an ignominious end for the self-styled Grand Old Man of African politics, once hailed as a liberation hero for leading Zimbabwe's struggle against British colonial rule but later reviled by his many critics as his long reign descended into repression, corruption and economic disaster.

Mugabe stunned Zimbabweans in a rambling late night Sunday television address by avoiding any mention of resignation, pledging instead to preside over a congress next month of ZANU-PF, which had sacked him as its leader only hours earlier.

Moments after his address, war veterans' leader Chris Mutsvangwa told Reuters they would lead public protests in the streets of Harare.

Mugabe was also given a deadline of noon (1000 GMT) on Monday to stand down or the ruling ZANU-PF will begin impeachment proceedings against him.

Parliament does not sit on Mondays so any impeachment would have to wait until Tuesday, although a vote may not necessarily take place the same day.

Two senior political sources said Mugabe agreed to resign on Sunday but ZANU-PF did not want him to quit in front of the military, an act that would have made its intervention look like a coup.

"It would have looked extremely bad if he had resigned in front of those generals. It would have created a huge amount of mess," one senior source within ZANU-PF said.

Another political source said the speech was meant to "sanitize" the military's action.

There has been speculation that he read the wrong speech in his live television address on Sunday or skipped over passages about standing down.

ZANU-PF had given him less than 24 hours to quit as head of state or face impeachment, an attempt to secure a peaceful end to his tenure after the de facto military coup.

ZANU-PF's central committee had earlier named Emmerson Mnangagwa as its new leader. It was Mugabe's sacking of Mnangagwa as his vice-president -- paving the way for his wife Grace to succeed him -- that triggered the army to seize control.

On Saturday, hundreds of thousands took to the streets of Harare to celebrate Mugabe's expected downfall and hail a new era for their country.

The huge crowds in Harare have given a quasi-democratic veneer to the army’s intervention, backing its assertion that it was merely effecting a constitutional transfer of power, rather than an old-style coup, which would risk a diplomatic backlash.

Armored vehicles manned by soldiers were still stationed on some street corners in the capital on Monday.

The University of Zimbabwe postponed exams on Monday after students started chanting and singing songs against Mugabe.

Meanwhile, the man himself remained under house arrest in his lavish "Blue Roof" compound, watching the support from his party, security services and people evaporate.

ZANU-PF also said it wanted to change the constitution to reduce the power of the president, a possible sign of its desire to move toward a more pluralistic and inclusive political system.

However, Mnangagwa's history as state security chief during the so-called Gukurahundi crackdown, when an estimated 20,000 people were killed by the North Korean-trained Fifth Brigade in Matabeleland in the early 1980s, suggested that quick, sweeping change was unlikely.

"The deep state that engineered this change of leadership will remain, thwarting any real democratic reform," said Miles Tendi, a Zimbabwean academic at Oxford University.