HEADLINE Zimbabwe's Mugabe 'glowed' with relief after he quit

Zimbabwe's Mugabe 'glowed' with relief after he quit 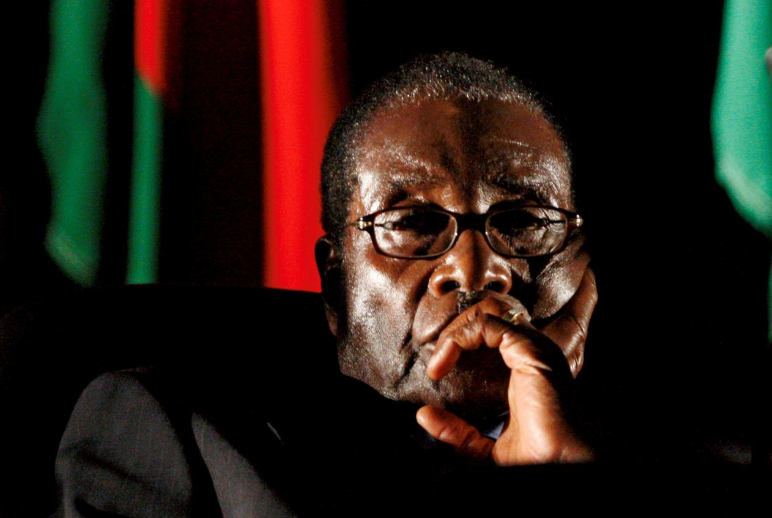 Robert Mugabe’s face “glowed” with relief when he agreed to step down as Zimbabwe’s president last week under pressure from the military and his party after 37 years in power, the priest who mediated his resignation said on Sunday.

Father Fidelis Mukonori, a Jesuit priest who is a close Mugabe friend, laughed off a report by the privately owned Standard newspaper that Mugabe cried and lamented the betrayal by close lieutenants when he agreed to resign.

“When he finished his signature his face just glowed, no weeping unless there were angels weeping somewhere,” Mukonori told Reuters after mass at the Chishawasha Catholic mission just outside the capital Harare.

“For me it was a sign that he was accepting that ‘ah this is done’, he is relieved, not that he is aggrieved but relieved.”

He said Mugabe realized it was the end of the road two days before he resigned, when he saw 60,000 Zimbabweans protesting and demanding he quit at the Harare grounds where he was inaugurated as prime minister in 1980.

His signed resignation letter was read out on Tuesday, as parliament heard a motion to impeach him.

Sources have told Reuters Mugabe was defiant when he met army top brass on Nov. 16 - which was the start of an extraordinary five-day standoff between Mugabe and Zimbabwe’s supreme law on one side, and the military who had seized power, his party and Zimbabwe’s people on the other.

The 93-year-old president finally accepted defeat only after he was sacked by his ZANU-PF party and faced the ignominy of impeachment.

Mugabe’s fall after 37 years in power was spurred by a battle to succeed him that pitted his former deputy Emmerson Mnangagwa, who had stood by him for 52 years, and Mugabe’s wife Grace, who is 52.

Mnangagwa was sworn in as president on Friday and all eyes now are on whether he will name a broad-based government or select figures from Mugabe’s era.

Mukonori said Mugabe had wanted a gradual and smooth transition of power to Mnangagwa, whom he had fired as vice president two weeks ago, but this was thwarted after Mnangagwa failed to immediately return from exile in South Africa.

The Standard newspaper, which has been critical of Mugabe and his government over the years, urged Mnangagwa to “walk the talk on graft”.

At his swearing in ceremony, Mnangagwa said he valued democracy, tolerance and the rule of law and would tackle corruption. He has also urged citizens not to undertake “vengeful retribution”.

The new government is already moving to bring some of Mugabe and his wife’s close associates to court. Former finance minister Ignatius Chombo faced magistrates on Saturday on corruption charges. He did not enter a plea.

Chombo was among several members of a group allied to Grace who were detained and expelled from the ZANU-PF after the military seized power in “Operation Restore Legacy” which it said was meant to remove the “criminals” around Mugabe.

Chombo, who told the court he was forcibly removed from his home on Nov. 15 by armed men in military uniform, was detained until Monday when his bail application will be heard. He was led away in leg irons together with ousted head of the ZANU-PF’s influential youth league Kudzanai Chipanga.