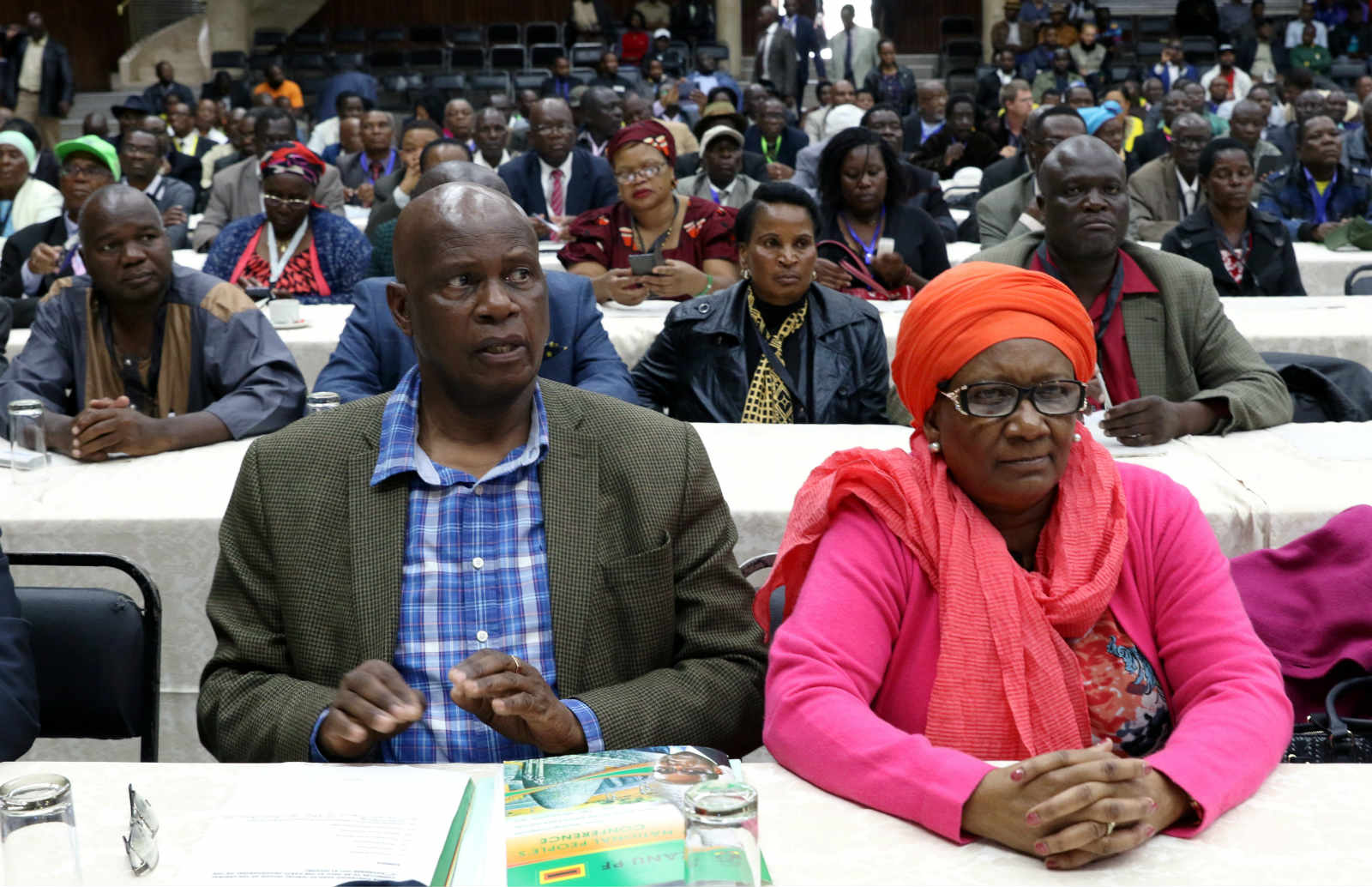 Clinging to his now virtually powerless post, longtime Zimbabwe President Robert Mugabe on Sunday was set to discuss his expected exit with the army commander who put him under house arrest, while the ruling party opened an emergency meeting to recall the world's oldest head of state as its leader.

A day after huge crowds rallied peacefully in the capital, Harare, for the 93-year-old Mugabe to go, members of the ruling party's Central Committee stood, cheered and began to sing as the aim of recalling Mugabe was announced. The meeting also was expected to reinstate the vice president whose firing nearly two weeks ago led the military to step in, and recall the unpopular first lady as head of the women's league.

That former vice president, Emmerson Mnangagwa, is expected to lead a new government. Without the military's intervention, first lady Grace Mugabe likely would have replaced him as vice president and been in a position to succeed her husband.