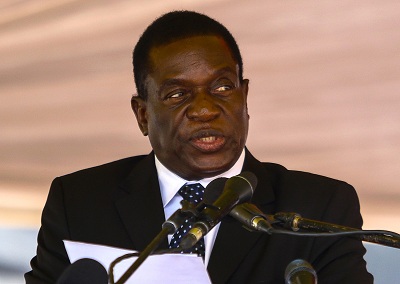 He said that Mugabe promised he will leave office once people say they “do not need him anymore”, adding that now they have spoken, he must accept the will of the people to resign.

“The people of Zimbabwe have spoken with one voice and it is my appeal to President Mugabe that he should take heed of this clarion call by the people of Zimbabwe to resign so that the country can move forward and preserve his legacy,” Mnangagwa said in a statement released by ZBC.

Mnangagwa said he fled abroad two weeks ago when he learned of a plot to kill him, and he would not return until he was sure of his security.

He also revealed that Mugabe has invited him for a discussion on the current political events in the nation.

The former vice president said the current political and constitutional situation in the country is not a matter between him and Mugabe, but between the people of Zimbabwe and Mugabe.

Mnangagwa said that the mass demonstrations and the resolution by the Zanu PF parliamentary caucus showed Mugabe has lost the trust and confidence of the Zimbabwean people.

Mugabe was dismissed as ruling party ZANU-PF leader on November 19.