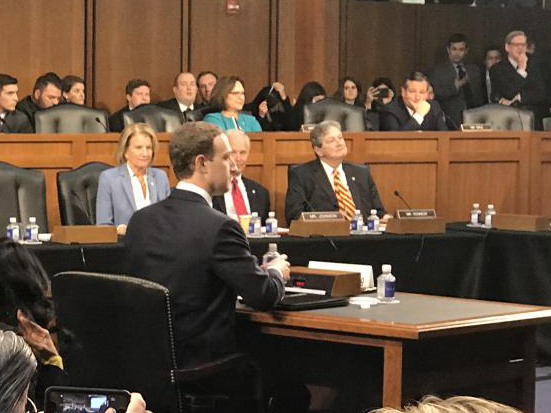 Washington (People’s Daily) – Facebook co-founder and CEO Mark Zuckerberg testified before a joint hearing of Senate Judiciary and Senate Commerce, Science, and Transportation committees with 44 US Senators on Tuesday, responding to a series of privacy concerns stemming from a data breach by Cambridge Analytica.

In his opening remarks, Zuckerberg admitted that Facebook didn’t do enough to prevent its platform from being used for harm, such as fake news, foreign interference in elections, hate speech and breach of data privacy.

“We didn’t take a broad enough view of our responsibility, and that was a big mistake. It was my mistake, and I’m sorry. I started Facebook, I run it, and I’m responsible for what happens here.” 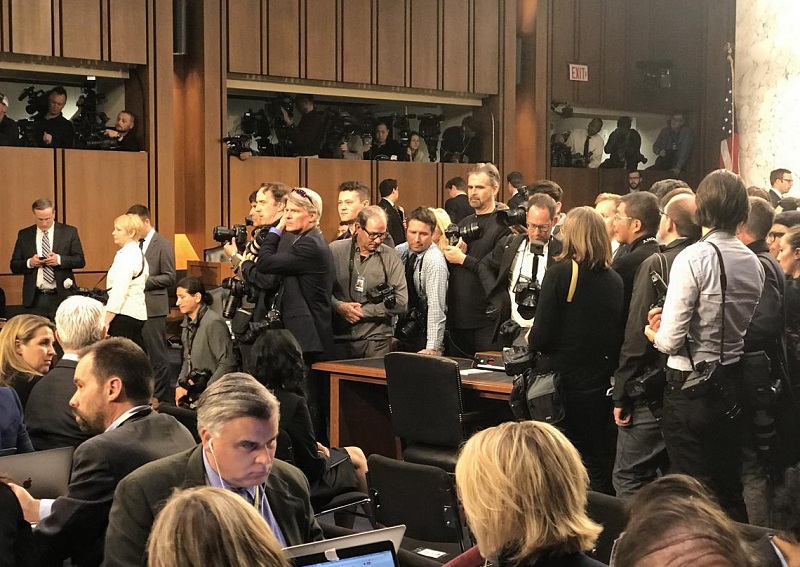 Journalists gather to wait for Zuckerberg ahead of the hearing. (Photos: Hu Zexi/People's Daily)

The debut of the Facebook founder before US Congress has attracted widespread attention across the United States. Reporters and journalists arrived three hours ahead of the hearing, while the public lined up early outside the testimony hall to get a pass.

“It's extraordinary to hold a joint committee hearing. It's even more extraordinary to have a single CEO testify before nearly half the United States Senate," said Chairman Senator John Thune of the Senate Committee on Commerce, Science and Transportation.

Zuckerberg said that Facebook was started in his dorm room, indicating that it’s hard not to make mistakes in the company’s exponential expansion. 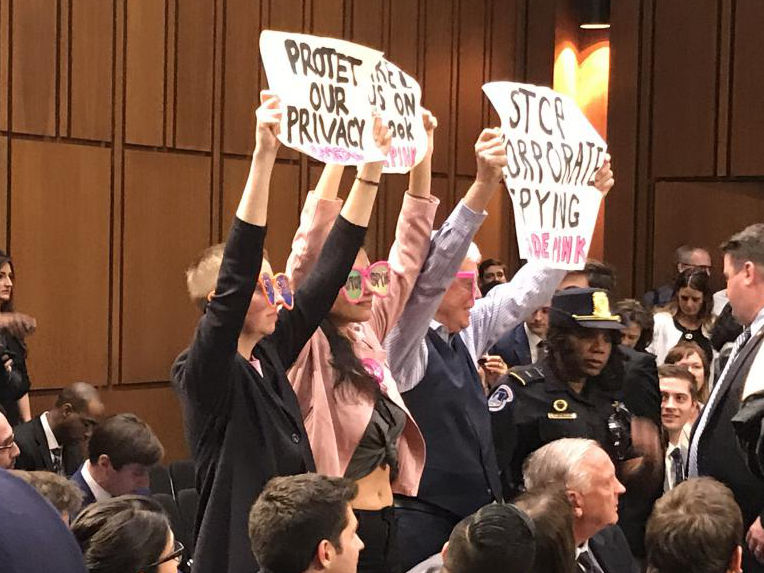 Protestors hold up signs at the hearing with statements for "privacy protection" and "stopping corporate spying".

Zuckerberg also emphasized that Facebook is undergoing a philosophical transformation toward how to run its business.

Despite acknowledging many deficiencies and mistakes, Zuckerberg defended the company’s business model of data-based advertising at the hearing, saying this can help the company achieve its mission to connect people worldwide.

Top: Facebook CEO Mark Zuckerberg testifies before a joint hearing of the Senate Judiciary and Senate Commerce, Science, and Transportation committees on Tuesday.