HEADLINE Zuma confirms Mugabe is confined to his home

Zuma confirms Mugabe is confined to his home 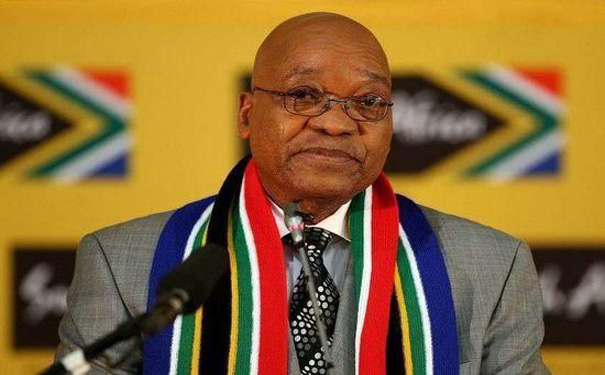 Johannesburg(People's Daily) - South African President Jacob Zuma said he has spoken to Zimbabwe's President Robert Mugabe, saying“he was confined to his home but that he was fine.”

Zuma called on Wednesday morning for calm and restraint in Zimbabwe following the military takeover of Harare.

Zuma has sent special envoys to Zimbabwe to mediate the situation. The special envoys are South Africa's Minister of Defense and Military Veterans‚ Nosiviwe Mapisa-Nqakula‚ and the Minister of State Security‚ Advocate Bongani Bongo. They will meet with Mugabe and the Zimbabwean Defense Force.

As an important neighbouring country of Zimbabwe, Zuma is in close touch with Mugabe. Zuma is also chairperson of the Southern African Development Community (SADC).

He said this was "in light of the unfolding situation in the Republic of Zimbabwe.”

He said the special envoys will also travel to Angola to see President Joao Lourenco‚ chairperson of the SADC Organ on Politics‚ Defense and Security‚ to brief him on the situation.

Zuma reiterated his call for calm and restraint and for the ZDF to ensure that peace and stability are not undermined in Zimbabwe.

Chinese in Harare said the capital is peaceful. Harare  residents said that Mugabe and his family are confined at home.