China claimed two medals, a gold and a bronze, at the 19th FINA World Championships in Budapest, Hungary on Sunday. 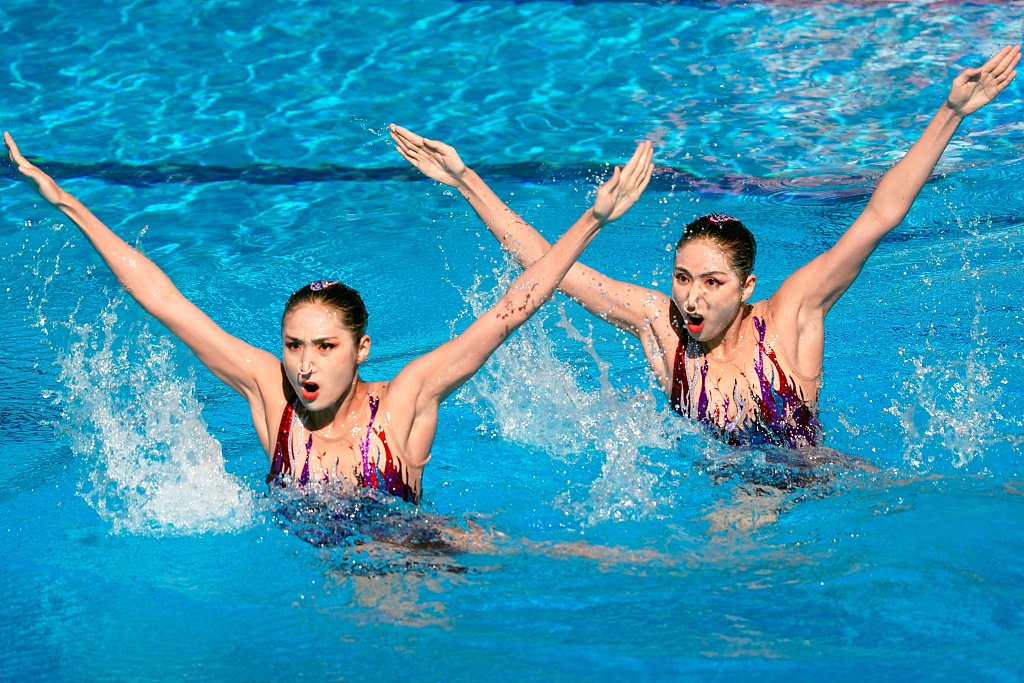 "We performed better than we did at the qualifiers after two days of preparation. I am very satisfied (with the result)," Wang Liuyi said.

"Our two hearts are together as long as we participate in duo programs," she added. "We are very honored to represent China, and I feel that the competition makes us closer and better demonstrate our levels. I am so happy."

Her sister, Wang Qianyi said, "we delivered our levels in training. The scores and our self-evaluation are better. I think we enjoy the platform more after several competitions." 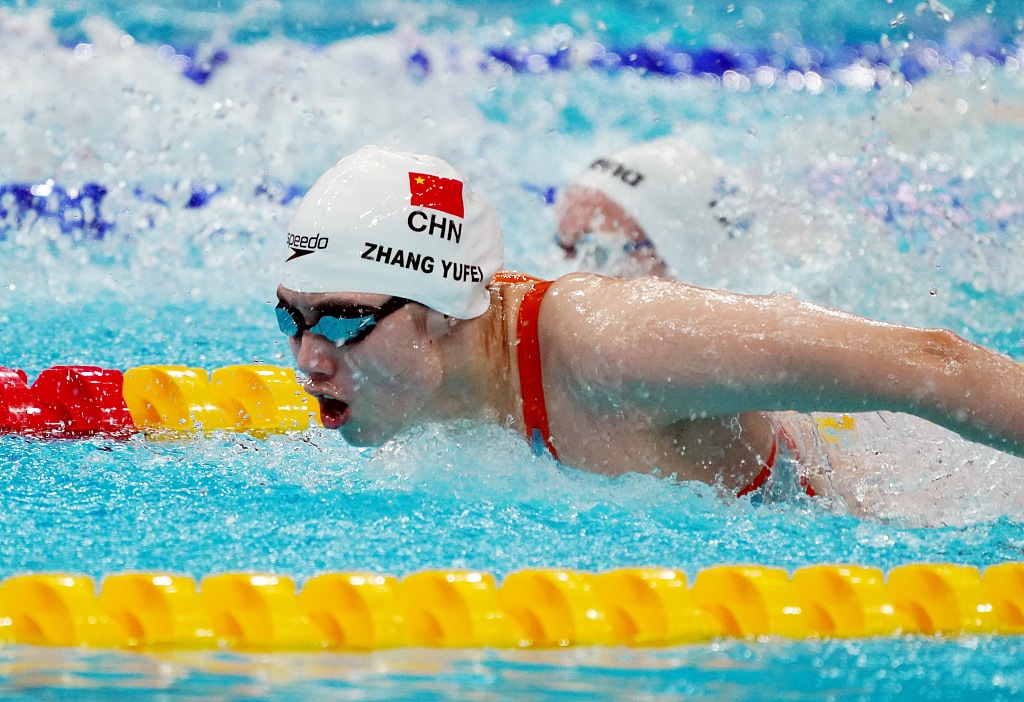 The other highlight of the day was Tokyo Olympic silver medalist Zhang Yufei winning a bronze medal in the women's 100m butterfly event with 56.41 seconds.

In the men's 100m breaststroke, Nicolo Martinenghi of Italy won the gold with a time of 58.26 while Dutch Arno Kamminga and American Nic Fink followed in second and third respectively.

Caeleb Dressel of the United States finished first in the men's 50m butterfly and his compatriot Alex Walsh won in the women's 200m individual medley.