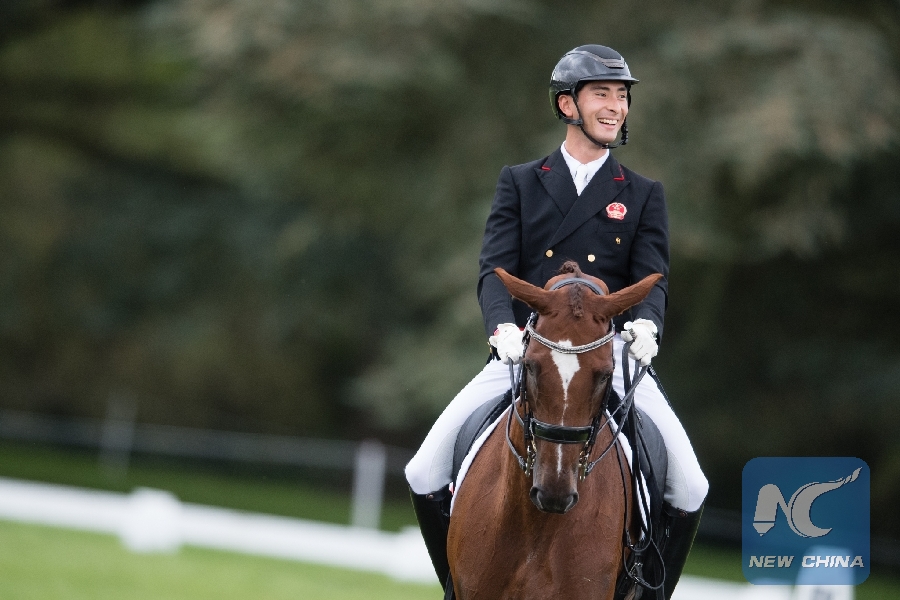 The 13-year-old horse competed in Rio five years ago and helped Hua Tian finish the eighth in the Olympic equestrian Eventing individual event.

As each rider is permitted to bring just one horse partner to the Olympics, Hua Tian had to make a decision between two of his qualified horses before departing for Tokyo 2020.

"I have spent a month agonizing and unable to chose between Spike & Don - both equally deserving of this Olympic opportunity," wrote Hua Tian through his social media account on twitter-like Weibo.

"Although I am delighted to be taking my Rio 2016 partner once again, I am gutted to be leaving Spike at home when he has been going so, so well!

"Sadly, two days before traveling, Spike picked up a small injury which has a high chance of developing into a career-ending injury if he competed in Tokyo. In the end, fate made the decision for me," he further explained.

"Don brings the experience but will find the heat harder than Spike," Hua Tian added.

The London-based equestrian, who made his Olympic debut at the age of 18 at Beijing 2008, rode Don to lead China secure a berth to the Tokyo Games at a special qualifier held in Saumur, France in May 2019.

It's the first time a team representing China booked an Eventing team ticket to the Olympic equestrian competitions.

Hua Tian takes his flight from Aachen, Germany to Tokyo on Sunday together with his Chinese teammates Sun Huadong, Bao Yingfeng and Liang Ruiji, while Don and other horses of their team will depart from Liege, Belgium on Monday.