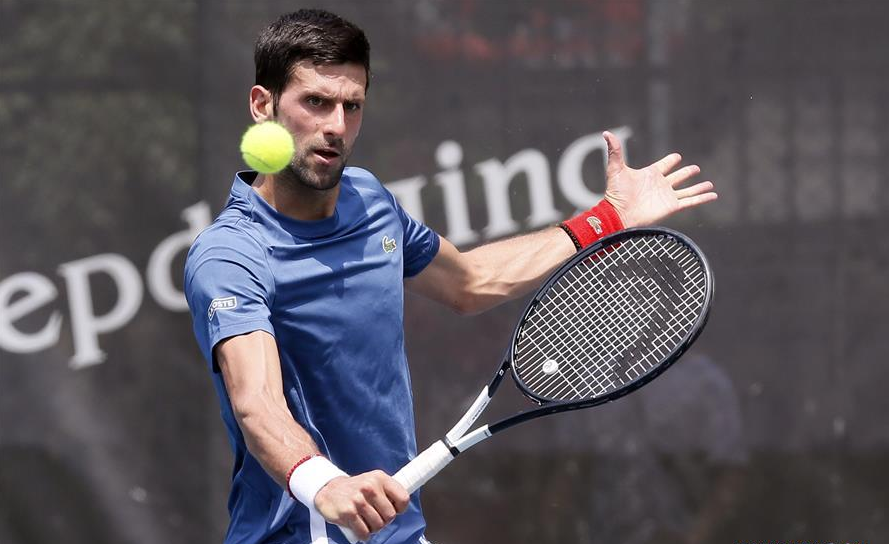 SYDNEY, Jan. 7 (Xinhua) -- Serbia have topped Group A and become the second team through to the quarterfinals of the ATP Cup on Monday evening, edging out France 2-1 on day four action of the inaugural Australian tennis tournament held in Sydney, Perth and Brisbane.

Although France were up 1-0 after Benoit Paire defeated Dusan Lajovic 6-2, 6-7 (6), 6-4 in a fiery encounter, the brilliance of world No. 2 Novak Djokovic helped the Serbs regroup.

The 16-time Grand Slam winner saved nine break points to get past Gael Monfils 6-3, 6-2, before stepping back on the court with partner Viktor Troicki to take on Nicolas Mahut and Edouard Roger-Vasselin in the doubles.

Going down the wire at Brisbane's Pat Rafter Arena, the Serbian combination won the gripping contest in a nail-biting super tiebreak 6-3, 6-7 (5), 10-3.

"I showed my emotion because I really care about playing for Serbia. But I also care about being in a team with my friends... these guys are some of the best friends in my life," a spirited Djokovic told reporters after the match.

"I grew up with Viktor, the last one we played was really tough because we had match points against Russia in the quarters of the Davis Cup and we lost. Coming in today, we managed to lift the energy and get out of that mini-crisis we had at the beginning of the super tie-break."

"We qualified as the best team in the group, secured our place, we know we're going to play on Friday so it's great to have a clear schedule in front of us so we can adjust in the next days."

In other matches of the 24-nation round robin tournament, world No. 1 Rafael Nadal and his Spanish counterpart Roberto Bautista Agut were flawless in Perth, beating Uruguay 3-0.

Also having success in Western Australia, Japan defeated Georgia 2-1 in their Group B showdown, while in Brisbane's other contest South Africa demolished Chile 3-0 on the back of some Kevin Anderson brilliance.

With Australia and Serbia now in the final eight, there are still six places up for grabs in the 15 million U.S. dollar tournament.