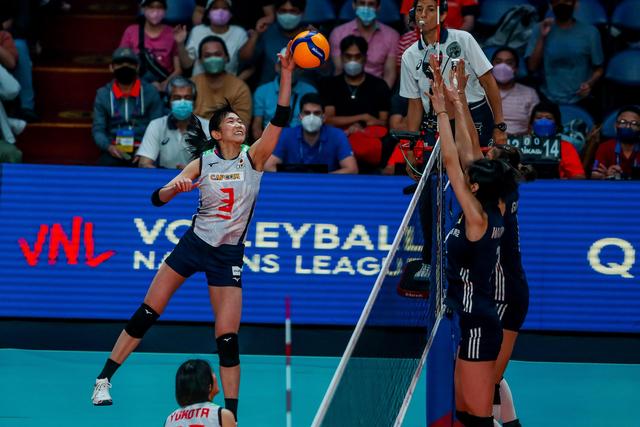 Unbeaten in the two weeks of competition, Japan continue to lead the VNL table, followed by the United States. China's defeat sees the team slip to fourth place.