Kenyan marathon star Eliud Kipchoge produced a totally dominant run to retain his Olympic title on the streets of Sapporo on Sunday. 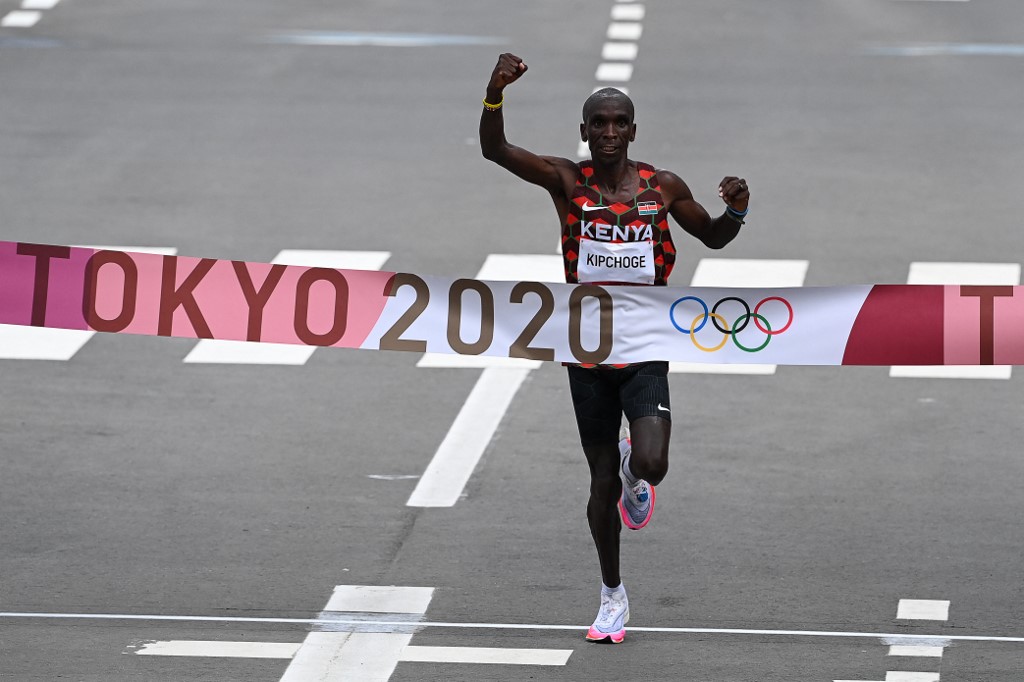 Kenya's Eliud Kipchoge runs to first place in the men's marathon final during the Tokyo 2020 Olympic Games in Sapporo on August 8, 2021. (Photo: AFP)

Abdi Nageeye of the Netherlands claimed silver in 2:09.58, just ahead of Belgium's Bashir Abdi in bronze.