Javelin thrower Neeraj Chopra delivered a first ever Olympic track and field gold medal for India on Saturday as the Tokyo Games athletics competition drew to a close. 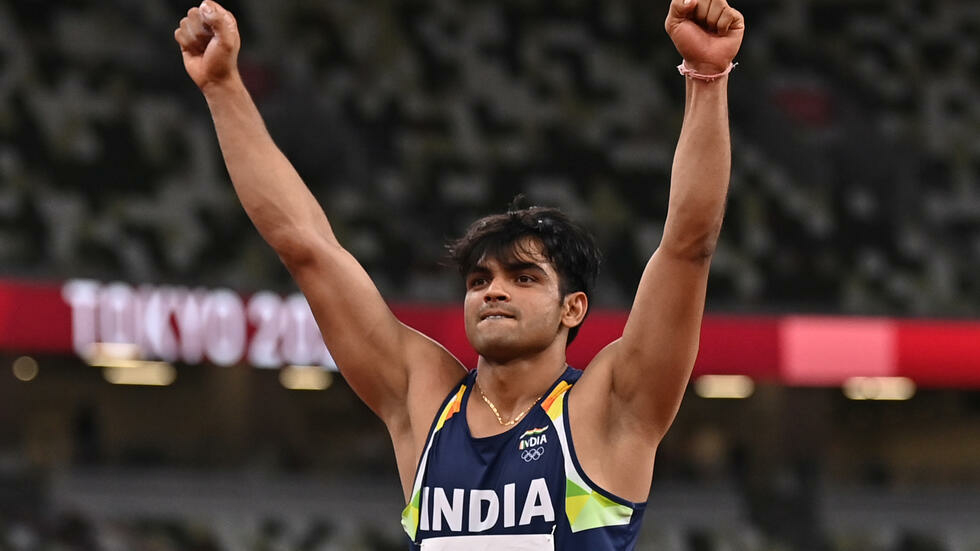 On a pulsating final night of action, Dutch distance runner Sifan Hassan complete an incredible double with victory in the 10,000m while USA star Allyson Felix brought the curtain down on her 17-year Olympic career with a record-extending relay gold.

Chopra, 23, claimed the first athletics gold in India's history with an 87.58-metre second throw at the Olympic Stadium.

It ended India's 121-year wait for an athletics gold. The previous best had been two silver medals won at the 1900 Paris Games.

"This is our first Olympic medal for a very long time, and in athletics it is the first time we have gold, so it's a proud moment for me and my country," Chopra said. "It feels unbelievable."

On the track the Netherlands' brilliant Hassan raced to her second gold of the games after an earlier win in the 5,000m.

Twenty-four hours earlier, Hassan had taken bronze in the 1,500m final, part of an audacious bid for an Olympic treble.

Hassan was in action on five days of the nine-day schedule of track and field, running more than 61 laps in total on the way to her three-medal haul.

"I am just so thankful, and I don't think I could have done any better than this," said Hassan. "During the medal ceremony I was thinking: 'It is over. Now you can sleep!'"

Ethiopian Letesenbet Gidey, after leading for all but two kilometres of the 25-lap race, claimed bronze in 30:01.72.

With 150m to go, Hassan swept past Gidey and kicked for home to seal gold.

There was another superb tactical performance in the men's 1,500m as Norway's Ingebrigtsen won in an Olympic record of 3:28.32.

"I have been dreaming of this for my whole life," said Ingebrigtsen. "It feels great."

In the men's and women's 4x400m relays the United States ended what has been a difficult campaign at the Olympic Stadium with a pair of golds.

The win gave the 35-year-old Felix -- competing in her fifth and final Games -- an 11th Olympic medal, extending her record as the most decorated female track and field Olympian in history. Only legendary Finnish distance runner Paavo Nurmi, with 12 medals, has more.

"I came out at peace, wanting to soak it all in," said Felix after her final Olympic race.

"It was really cool to come together to close out the Olympic games and my Olympic career."

The US men's 4x400 team were similarly emphatic winners in their race, with 400m hurdler Rai Benjamin bringing home the gold in 2:55.70, ahead of the Netherlands and Botswana.

It was the first and only track gold of the Olympics for the vaunted US men, with several stars failing to live up to their billing in Tokyo.

The 28-year-old, who was barred from competing in the 2016 Rio Olympics due to Russia's doping scandal, held off a stiff challenge from Australian Nicola McDermott, who took silver in an Oceania record of 2.02m.