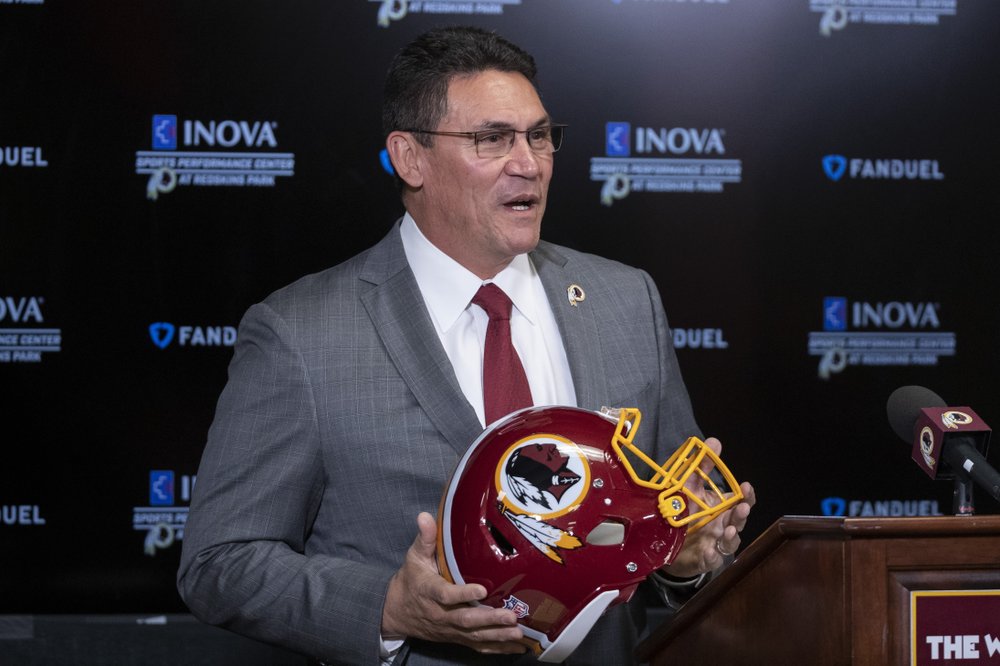 Ron Rivera made plenty of mistakes as a first-time NFL head coach that he hopes not to repeat this time around.

Rivera also did enough good things early on with Carolina in 2011 that he’s trying to duplicate now with Washington. The new Redskins coach took some big swings in free agency but has so far been more focused on incremental additions and subtractions to change the culture within the organization and build for the future.

Rivera reunited with linebacker Thomas Davis to give the locker room an example of how to play and behave. He signed safety Sean Davis, cornerback Ronald Darby, running back J.D. McKissic and tight end Logan Thomas as players with something to prove.

All got one- or two-year deals.

“A lot of these come in and say, ‘Give me an opportunity to compete, prove myself and then we’ll see,’ which I think is great,” Rivera said. “I love the fact guys are betting on themselves and are going to come in and prove that they belong and they deserve an extensive contract. That’s what we’re trying to do, is (find) who fits us. And a lot of these guys were up for the challenge. ”

The 58-year-old who guided the Panthers to the playoffs in his third season and the Super Bowl in his fifth knows Washington won’t become a contender overnight. The first steps include laying a positive foundation after the Redskins’ run of three consecutive losing seasons.

“What we need is, we need everybody to come in and understand what the vision is and they’ve got to buy into what the vision’s going to be,” Rivera said. “Once they’ve done that, it gives us an opportunity to be successful.”

Thomas Davis is on board after eight years with Rivera in Carolina. Practice habits were a point of contention among Redskins players the past few seasons, and the 37-year-old expects that to change under Rivera.

“You have to make practice harder than the game,” Davis said. “That’s something that we’ve done under Coach Rivera for a long time, and its shown. In Carolina, we had some really good teams, in particular, some really good defenses because we came together, we worked hard, we knew we had good coaches and we bought into the system.”

It’ll be a whole new system on defense under coordinator Jack Del Rio, and on offense with Scott Turner running the show. But Rivera’s presence was a major factor in free agents deciding to sign with Washington.

“I respect the head coach and I just think things could change around here,” Darby said.

Rivera is excited that so many new additions asked around the league about playing for him and his assistants. McKissic, who is expected to be Washington’s third-down back because of his pass-catching experience and time as a receiver, talked to Rivera himself and respected his honesty.

“(What) the coaches put in front of you — do you truly believe what they’re telling you and do you like your coach, really,” he said.

Rivera is earning that confidence right away, and he likes the team he and his staff is starting to put together.

“I like the young core of players that this team has added in the last three drafts,” Rivera said. “I’d like to add a few more to that core, and then get them on the football field and see what happens.”