Thomas surged past in the last 20 meters to match the meeting record with an impressive early season 21.98 seconds.

"This was a big one to start the season, there was a lot of competition," she said. "I have a will to win, I fight to the end." 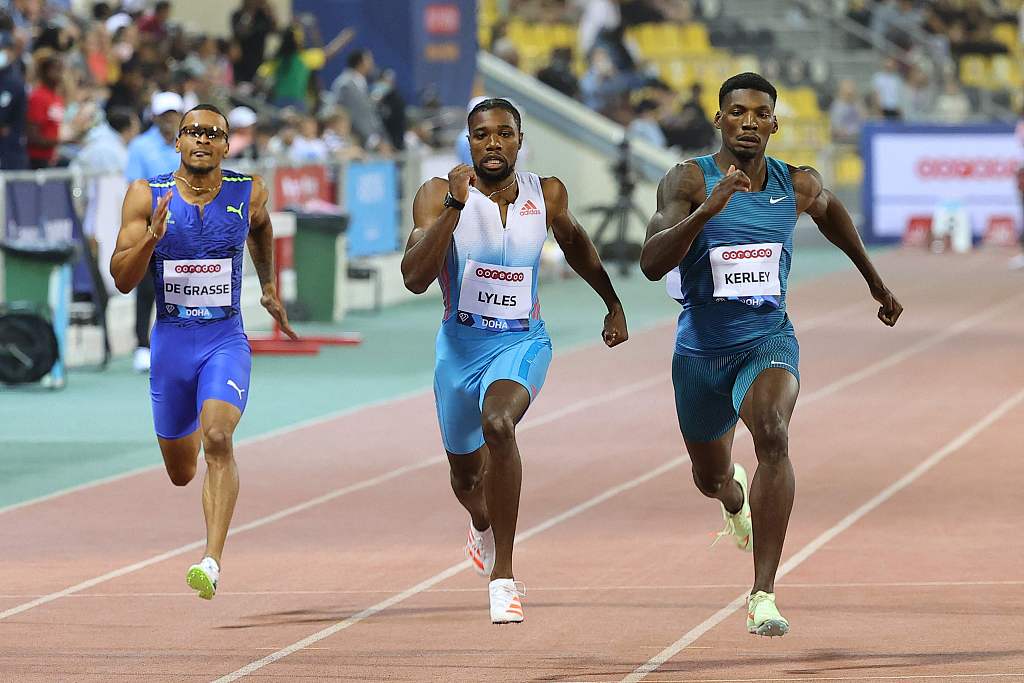 Andre de Grasse of Canada (L), Noah Lyles (C) and Fred Kerley of the U.S. compete during the men's 200m during the IAAF Diamond League athletics meeting in Doha, May 13, 2022. (Photos: CFP)

The 24-year-old Noah Lyles won the first big sprint clash of the season, aiming to bounce back from a disappointing 2021 when he managed only the bronze medal at the Tokyo Olympics.

He led from start to finish in 19.72 seconds, though an agonizingly illegal wind of + 2.1 seconds denied him a meeting record.

The outdoor season begins to take shape ahead of the July world championships in Eugene in the U.S., and Americans are expected to dominate the sprints on home soil. 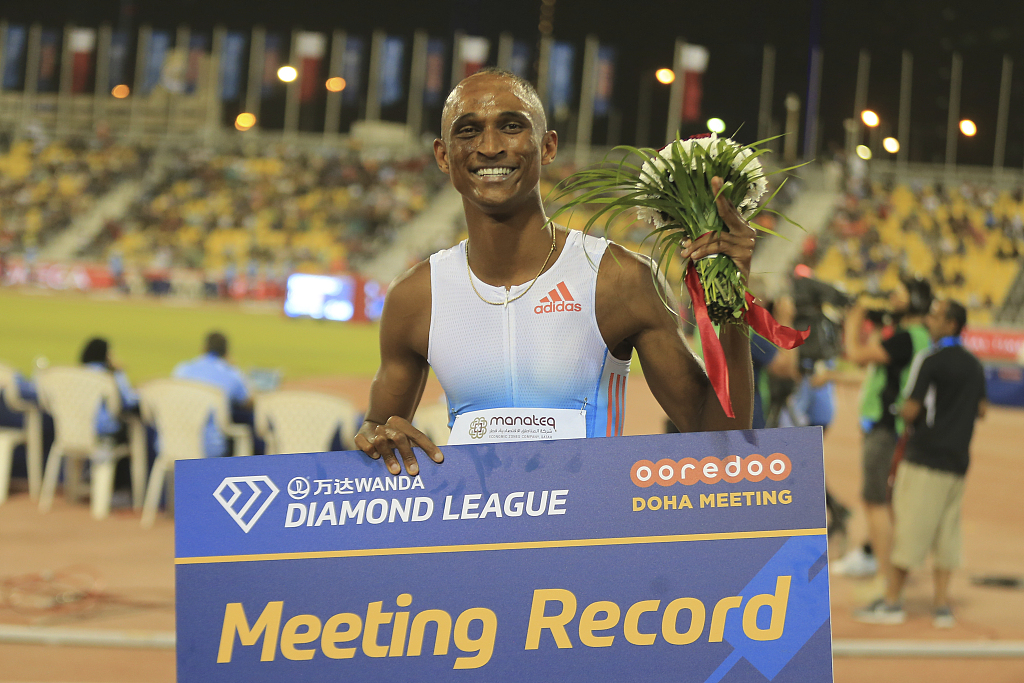 Alison dos Santos of Brazil celebrates after winning the men's 400m Hurdles race at the IAAF Diamond League athletics meeting in Doha, May 13, 2022.

Meanwhile, high jumpers Mutaz Essa Barshim of Qatar and Italian Gianmarco Tamberi also appeared nervous about competing together for the first time since they shared gold in Tokyo. But both were overshadowed by South Korea's Woo Sanghyeok who cleared 2.33 meters.

Brazilian Alison dos Santos set a meeting record with a 47.24 second victory in the men's 400m hurdles, while double Olympic champion Shaunae Miller-Uibo of the Bahamas could manage only third in the women's 400m as Tokyo silver medallist Marileidy Paulino of the Dominican Republic won in 51.20 seconds.

Pole vaulter Armand Duplantis' appearance had been much-awaited in Doha but the wind forced organizers to delay the contest until Saturday when it will be staged indoors.

The Diamond League resumes in Birmingham, England, next Saturday.

Cover image: Gabrielle Thomas of the U.S. celebrates after winning women's 200m at the IAAF Diamond League athletics meeting in Doha, May 13, 2022.