OLYMPICS Wimbledon not to feature Russian and Belarusian players

Wimbledon not to feature Russian and Belarusian players 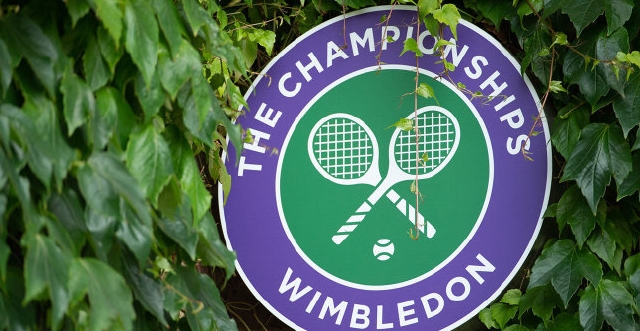 LONDON, April 20 (Xinhua) -- Russian and Belarusian tennis players won't be allowed to participate in this year's Wimbledon Championships, announced the All England Club on Wednesday.

As one of the four Grand Slam tournaments of tennis, this year's Wimbledon is scheduled to run from June 27th to July 10th.

The All England Club announced in a statement on Wednesday that they have decided to decline entries from Russian and Belarusian players to the Championships 2022.

The Lawn Tennis Association (LTA), the governing body of British tennis, has also not allowed Russian and Belarusian players to participate in UK events.

The ATP, the world governing body for the men's professional tennis, condemned that the decision made by Wimbledon and the LTA is "unfair and has the potential to set a damaging precedent for the game".

"Discrimination based on nationality also constitutes a violation of our agreement with Wimbledon that states that player entry is based solely on ATP Rankings. Any course of action in response to this decision will now be assessed in consultation with our Board and Member councils," read a statement released by the ATP.

The ATP also stressed that players from Russia and Belarus will continue to be allowed to compete at ATP events under a neutral flag, a position that has until now been shared across professional tennis.

The WTA, the world governing body for women's professional tennis, also expressed their disappointment towards the ban.

"As the WTA has consistently stated, individual athletes should not be penalized or prevented from competing due to where they are from, or the decisions made by the governments of their countries," read a statement issued by the WTA.

"Discrimination, and the decision to focus such discrimination against athletes competing on their own as individuals, is neither fair nor justified. The WTA will continue to apply its rules to reject discrimination and ensure that all athletes are able to compete at our Tour events should they qualify to do so, a position that until today's announcement has been shared across professional tennis. The WTA will be evaluating its next steps and what actions may be taken regarding these decisions."