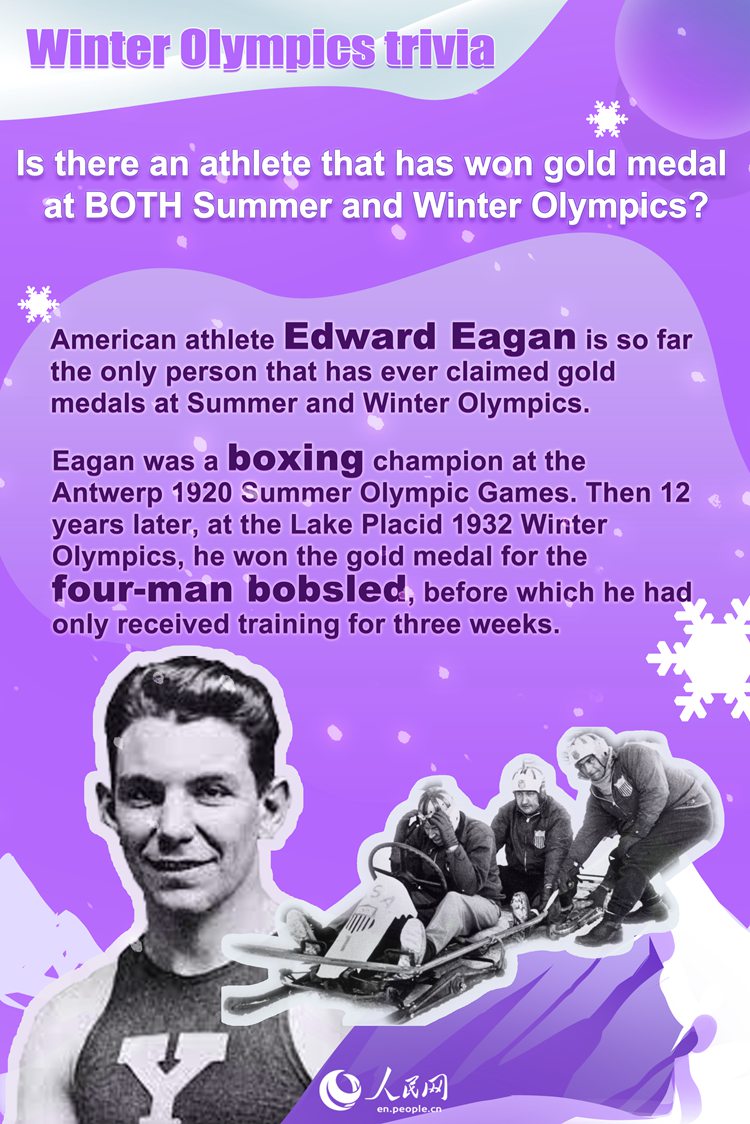 Eagan was a boxing champion at the Antwerp 1920 Summer Olympic Games. Then 12 years later, at the Lake Placid 1932 Winter Olympics, he won the gold medal for the four-man bobsled, before which he had only received training for three weeks.

Egan's achievements were not limited to the sports field. He studied law at Harvard University and Yale University, and later continued with his studies in the University of Oxford. During the World War II, he was once a colonel.

The fact is it is harder for athletes nowadays to repeat Eagan's miracle at Olympic Games as their capabilities improve significantly and the competition becomes fiercer.