Ukraine's delayed 2022 World Cup playoff semifinal against Scotland has been rearranged for June 1, with the winners going forward to play Wales on June 5 for a ticket to Qatar, FIFA has confirmed.

The fixture was originally due to take place on March 24 but was postponed due to Russia's "special military operation" in Ukraine. The clash on June 1 will take place at Hampden Park in Scotland, while the playoff final will be held at the Cardiff City Stadium in Wales.

"The rescheduled fixtures have resulted in the UEFA Nations League calendar being adjusted for some of the games in order to accommodate the postponed playoff matches," FIFA said in a statement.

"FIFA would like to thank all of the parties involved for the strong spirit of solidarity and cooperation that has led to this unanimous decision." 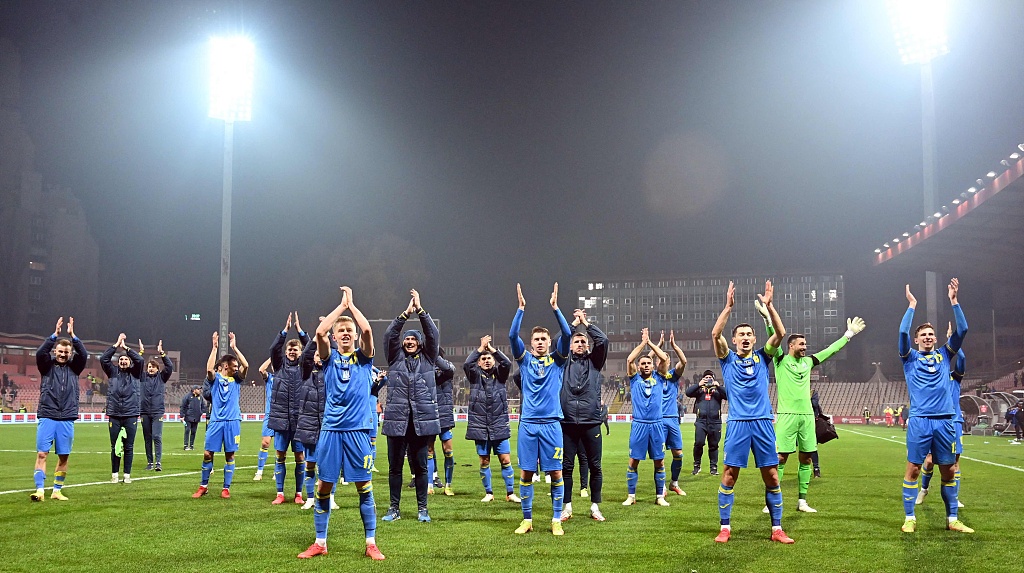 Last month, FIFA announced that Ukrainian players can be registered outside of a transfer window, which is part of a global effort aimed at providing aid to Ukrainian clubs and players who have been affected by the current situation.

Ukraine have not played a competitive game since beating Bosnia and Herzegovina 2-0 in their final World Cup qualifying group game on November 16. If the troubled team could defy the odds to beat Scotland and Wales, they will then complete Group B in Qatar alongside England, the United States and Iran.

"It will be great to be able to welcome to Ukraine to Hampden Park in June," Scottish FA chief executive Ian Maxwell was quoted as saying by Sky Sports.

"While, understandably, there will be two sets of competitive players who are committed to taking another step closer to World Cup qualification, we also understand and appreciate the wider context in which the match will take place," he added.