OPINIONS “16+1 Cooperation”: Challenges remain, but the future is always bright

“16+1 Cooperation”: Challenges remain, but the future is always bright 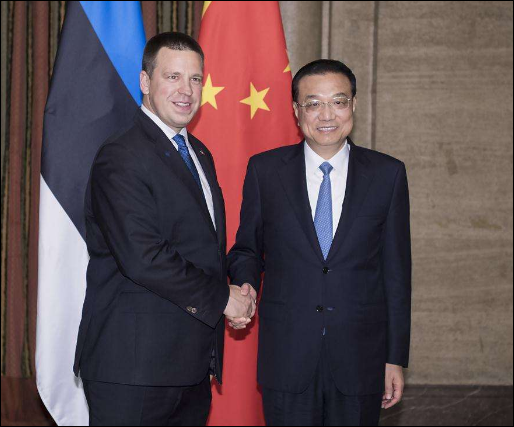 “The outcome of the cooperation between China and the CEE countries has gone beyond expectations,” remarked Chinese Premier Li Keqiang at the opening ceremony of the China-CEE Countries Economic and Trade Forum on July 7.

Established in 2012, The "16+1" cooperation, a cooperation framework between China and 16 CEE countries have played an important role in promoting trade development, as well as cultural and people-to-people exchanges between the two sides.

According to Jiang Shixue, a professor at the Institute of Global Studies at Shanghai University. The trade relations between China and the CEE counties would be closer after Trump has created his trade tensions with the whole world. “When the tariffs are raised by the US, it would be difficult for China to sell more to the US market, and the CEE counties can be the alternative one because of its potentiality. Also when China has raised the tariffs to the US, the US products find it difficult to sell in the Chinese market, products from these CEE countries can be sold instead.”

Also according to Jiang, the CEE countries should cooperate with China in the multilateral stage like WTO to fight against trade protectionism, for CEE counties, though in an indirect way, would be affected by the aftermath caused by trade frictions. China and the US, as the two large economies of the world, together account for forty percent of the global GDP, so the trade frictions between them will certainly affect the whole world.

According to Jiang, one of the challenges that "16+1" cooperation confronts is the doubts about its attempts. There are people in Europe arguing that the "16+1" cooperation is a tactic that China uses to divide and rule Europe. But this accusation is groundless. As Premier Li has stressed, the "16+1" is not a geopolitical tool, but a mechanism to promote the development of China and CEE countries.

The CEE countries, due to historical reasons and different distribution, remain different in its economic development and interests, and the "16+1" cooperation mechanism helps to shorten the inner difference existing in the European Union and eventually helps to promote the process of European integration.

In 2017, China announced to provide funding worth over three billion dollars for development and investment projects in Central and Eastern Europe, and since 2012, trade between China and the CEE counties has increased from 40 billion dollars to 70 billion, which makes up 11 percent of the trade between China and Europe. China-Europe freight train services have registered a total of nearly 9,000 trips and the number of Chinese citizens visiting the CEE countries have grown more than five times, according to Xinhua news agency

Another challenge for the "16+1" cooperation to deal with is the imbalance in the volume of cargo carried by the China-Europe freight train services, according to Jiang. It happened sometimes that the trains carrying empty or partially loaded products on its return journey, and "we need to be clever enough to find out how to deal with this kind of challenges. But on the whole, I would say the future is always bright,” said Jiang.