'Bucha incident' not to be used as pretext for inflaming situation 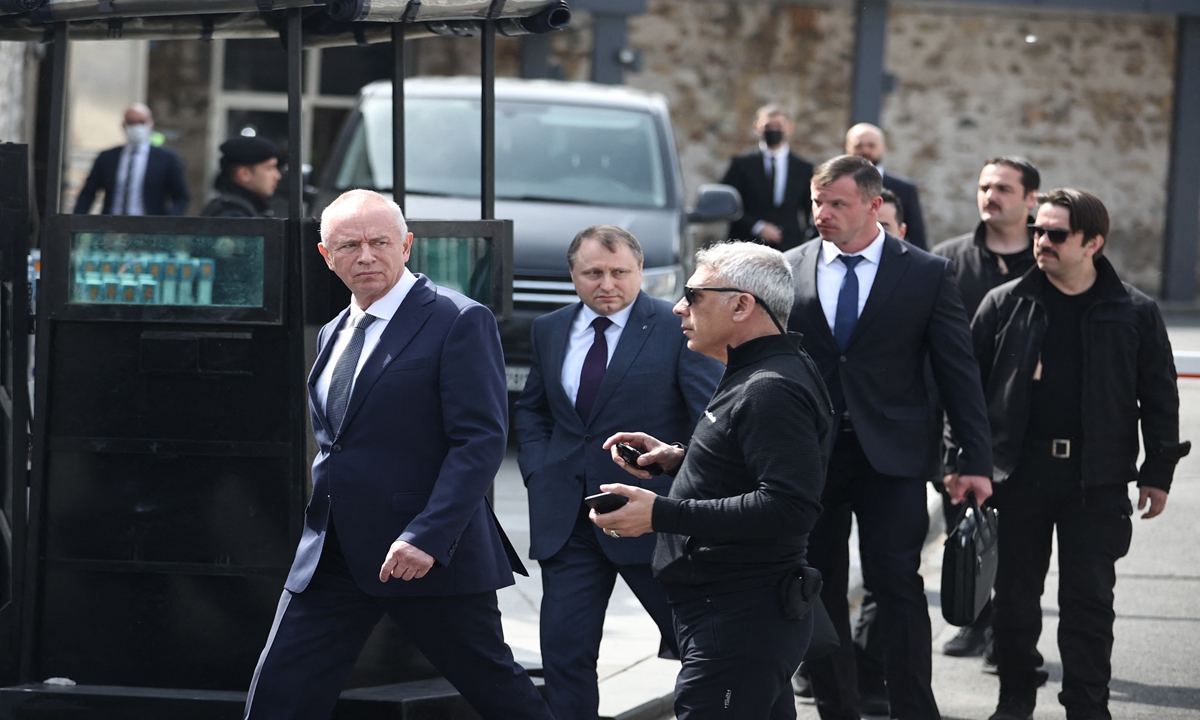 Russia - Ukraine negotiation delegations leave after the peace talks between delegations from Russia and Ukraine at Dolmabahce Presidential Office in Istanbul, Turkiye on March 29, 2022. (Photo: AFP)

It must be emphasized that any violence against civilians, under whatever pretext, is absolutely unacceptable and must be condemned and the perpetrators held accountable. This is actually the consensus of the international community. But unrest and war are always accompanied by such distressing tragedies, which is one of the reasons why we firmly oppose chaos and war, and insist on advocating for peace and promoting talks. Although the truth is yet to be uncovered, it is certain that war is ultimately the culprit of all tragedies. As long as Russia and Ukraine cannot achieve a cease-fire, humanitarian tragedies will not end.

However, it is regrettable that after the exposure of the "Bucha incident," the US, the initiator of the Ukraine crisis, has not shown any signs of urging peace and promoting talks, but is ready to exacerbate the Russia-Ukraine tensions and create obstacles to the peace talks between the two sides, by increasing sanctions against Russia, providing more weapons to Ukraine, and continuously pressuring Russia in diplomacy and public opinion. In particular, Washington has indicated that it will provide a range of heavy weapons systems. The Pentagon has described the work to fulfill Ukraine's main security assistance requests at an "unprecedented pace." We have to say, it is very irresponsible to fan the flames at this juncture.

Many Western media refer to the "Bucha incident" as a turning point in the Russia-Ukraine conflict, which is an ambiguous judgment. Is it a turn in the direction of further deterioration of the situation? This is precisely what the peace-loving people in the world need to be highly alert to. At present, the "Bucha incident" seems to be deviating from its normal course, and the atmosphere of the public opinion war and the psychological war is getting stronger. However, any attempt to take advantage of the Ukraine crisis to unilaterally occupy the "moral high ground" and continuously push up conflicts in order to extract geostrategic benefits is likely to trigger a greater humanitarian tragedy in the end.

It is rational to suspect that behind the indignation of the US and the West over the "Bucha incident" lies a profound double standard and a political purpose that is not single-minded. This is because over the years, the military forces of some countries have committed numerous crimes in killing civilians with impunity. According to incomplete statistics, as many as 100,000 Afghan civilians have died under US gunfire, and a significant number of them are children. Australian special forces have killed 39 unarmed Afghan civilians, including juveniles, by slitting their throats for "practice." What's more, in order to obstruct the International Criminal Court (ICC)'s investigation of US war crimes in Afghanistan, the US government went so far as to restrict the issuance of visas for ICC staff and impose sanctions on the court's senior officials.

"The first casualty of war is truth." This well-known Western proverb has been quoted many times by American and British lawmakers and politicians, who should be fully aware that as important as the pursuit of "truth" is avoiding tragedy. No matter how the "Bucha incident" took place, no one can deny at least one thing: War itself is the main culprit of the humanitarian disaster. The current humanitarian disaster in Ukraine has added new pressure to the Russia-Ukraine peace talks. But the crisis shows the necessity and importance of the cease-fire and peace talks, because if no cease-fire is achieved as soon as possible, there may be more disasters in the future.

In this sense, the "Bucha incident" once again reminded the international community that along with a serious pursuit of responsibility and investigation, fanning the flames and "passing the knife" should be avoided. Advocating for peace and promoting talks should be insisted on. No matter how difficult it is, a cease-fire and peace should be achieved as a result. Only peace can protect life and bring tranquility.