BEIJING, June 16 (Xinhua) -- The Group of Seven (G7) countries have announced the launch of the Build Back Better World (B3W) initiative, a global infrastructure development plan they said would meet the tremendous needs in low- and middle-income countries. 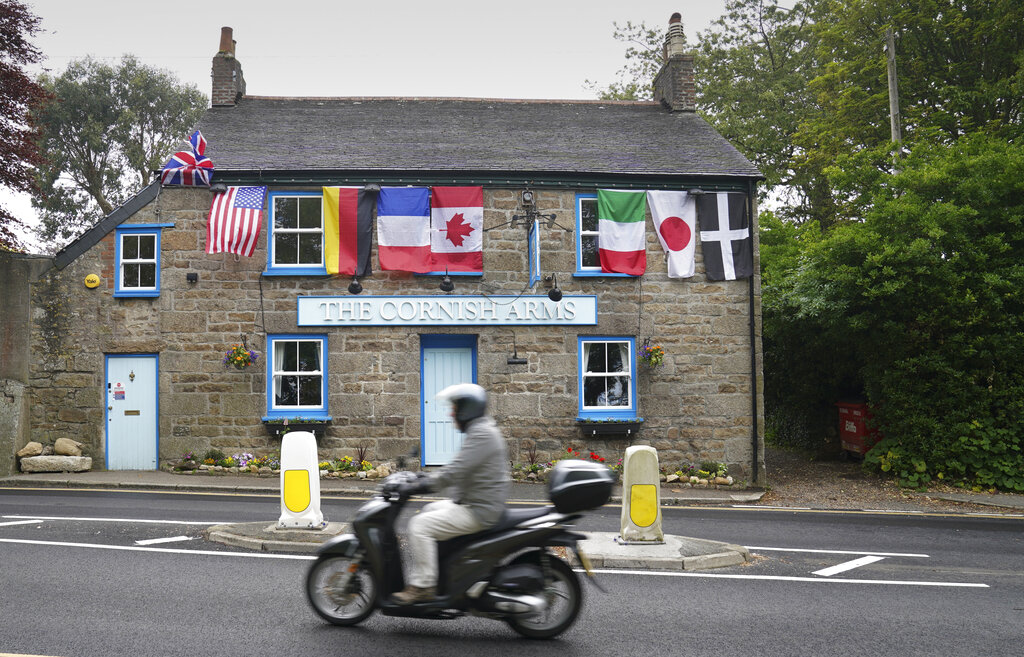 In this Wednesday, June 9, 2021 file photo, a man rides a motorbike past a pub with flags of the G7 nations and the flag of Cornwall in St. Ives, Cornwall, England. (Photo: AP)

However, widely seen as a tool to counter China's growing influence in many parts of the world, the plan is nothing but another product of the exclusive group's deeply-entrenched ideological prejudice and confrontational thinking.

As major industrialized countries with advanced technologies and abundant experience, the G7 is welcome to shoulder its due global responsibility to help poorer countries tackle pressing issues such as the COVID-19 pandemic and climate change, and enhance their economic growth and development.

However, the ideologically-biased B3W plan makes the world skeptical about the G7's true purpose: Will those rich countries follow their commitments and act sincerely like what they have elaborated in the statement, or is it just a political anti-China show under the guise of supporting global development?

It is not strange that the international community feels suspicious. In recent years, some Western countries, especially the United States, have repeatedly hyped up the so-called "China threat," deliberately creating confrontation and fueling conflicts between China and the rest of the world.

Their malicious acts have severely eroded mutual trust between countries and disrupted global solidarity and cooperation which are highly essential to and badly needed in the human race's pursuit of sustainable and common development.

Currently, people in a large number of third-world countries are still struggling with extreme poverty, low income and inequality in health and education. The international community needs to work together to help address the huge development deficits.

With common challenges facing the world, countries across the globe should adhere to the philosophy of openness, cooperation, mutual respect and shared benefits. The exclusive mindset as well as confrontational and zero-sum mentalities are outdated in modern times as they run against the goal of common development and undermine the foundation of international cooperation. 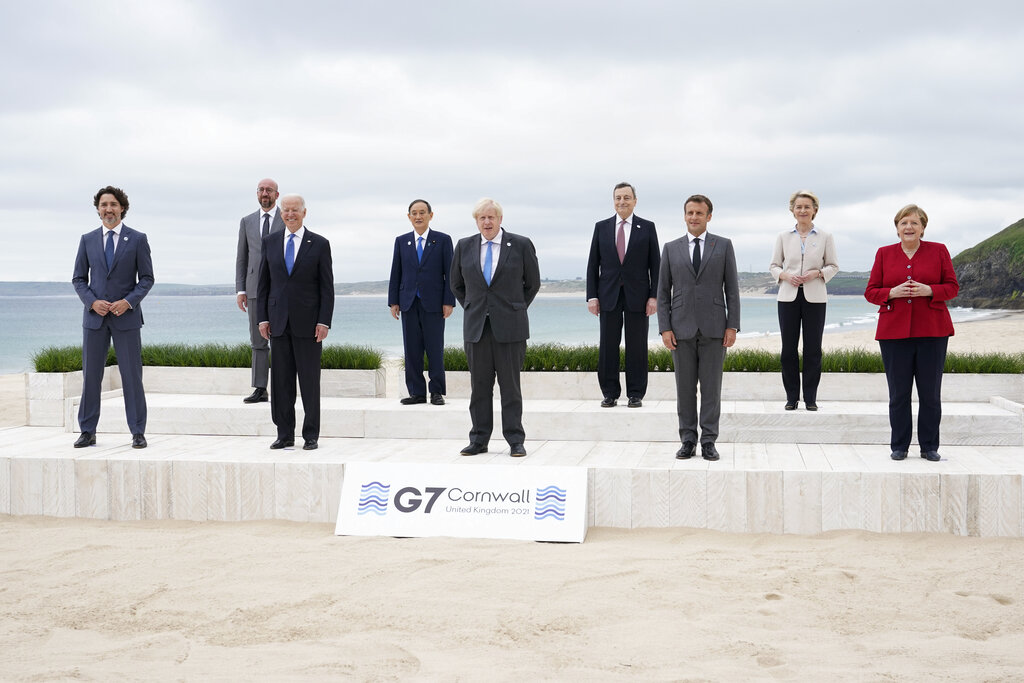 Leaders of the G7 pose for a group photo on overlooking the beach at the Carbis Bay Hotel in Carbis Bay, St. Ives, Cornwall, England, Friday, June 11, 2021. (Photo: AP)

China's cooperation with other developing countries features equality and mutual benefits, and attaches no political conditions. It always remains open and inclusive to any other friendly and sincere participators to seek shared benefits and make joint contributions to long-term development and common prosperity.

While the lethal coronavirus is still ravaging the world and the post-recession rebound is expected to be uneven across countries, the troubled world is crying for more equitable distributions of medical resources and vaccines, as well as more opportunities and room for growth and development. What those wealthy countries have done is far from enough.

During a virtual news conference at the G7 Summit, United Nations Secretary-General Antonio Guterres reiterated his call for G7 nations to fulfill their pledge to deliver 100 billion U.S. dollars in climate finance every year to developing countries, an action he described fundamental to build trust and meet the climate actions goals.

On Monday, UN Emergency Relief Coordinator Mark Lowcock slammed the group for failing to come up with a global vaccination plan. "These sporadic, small-scale, charitable handouts from rich countries to poor countries is not a serious plan and it will not bring the pandemic to an end," he said.

China is ready to cooperate with all genuine partners to provide more global public goods for the benefits of all. Global cooperation is needed more than ever, and the rich bloc is advised to abandon its ideological confrontations and stop creating differences and disputes, and play a positive role in global development with an open and cooperative mind.