OPINIONS 'Civil Human Rights Front' is anything but

'Civil Human Rights Front' is anything but 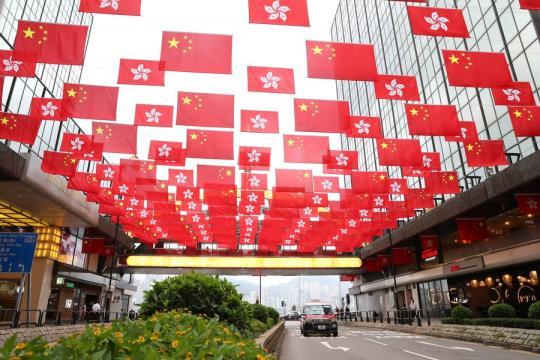 On Sunday, the Civil Human Rights Front, an organization of local subversive parties in Hong Kong, announced it would disband and cease its activities.

The day has finally come. During its 19 years of existence, the organization that carried the words "civil" and "human rights" had never done a single thing to promote human rights, it ironically only curbed them.

According to the local law of Hong Kong Special Administrative Region, any organization or branch must register within one month of its founding. Yet for 19 years the CHRF held activities without registration, in direct violation of the law.

By disbanding, this organization might hope to escape penalties, but that dream will prove elusive. As early as 2014, CHRF compelled its member organizations to sit in the Central District, which marked the start of the 79-day "Occupy Central" activity.

After that illegal movement was pacified, CHRF constantly organized activities aimed at disturbing the normal order of Hong Kong society. On July 9, 2019, CHRF organized a major protest that escalated into violence. In the months that followed, it organized rioters to burn the police station, surround the Legislative Council and block roads. It is fair to say CHRF had a role in instigating many of the riots in 2019.

In that process, CHRF sent letters to 61 foreign consulates in Hong Kong and called for them to discourage tourism, a move designed deliberately to undermine their home city.

In November and December 2019, Eric Lai Yan-ho, then-leader of CHRF, traveled to Seoul to contact anti-China groups there, as well as anti-China lawmakers in Australia.

CHRF and certain leaders are also suspected of having broken the national security law, and they deserve their judicial penalty. The disbanding does not mean the past can be forgotten, and the investigation will go on.