British media reports recently said the middle powers, such as Germany, France, Japan and the UK, should be united to coordinate their positions on major issues, including the world's multilateral trading system, global climate change and arms control, so they can influence the direction of global governance. 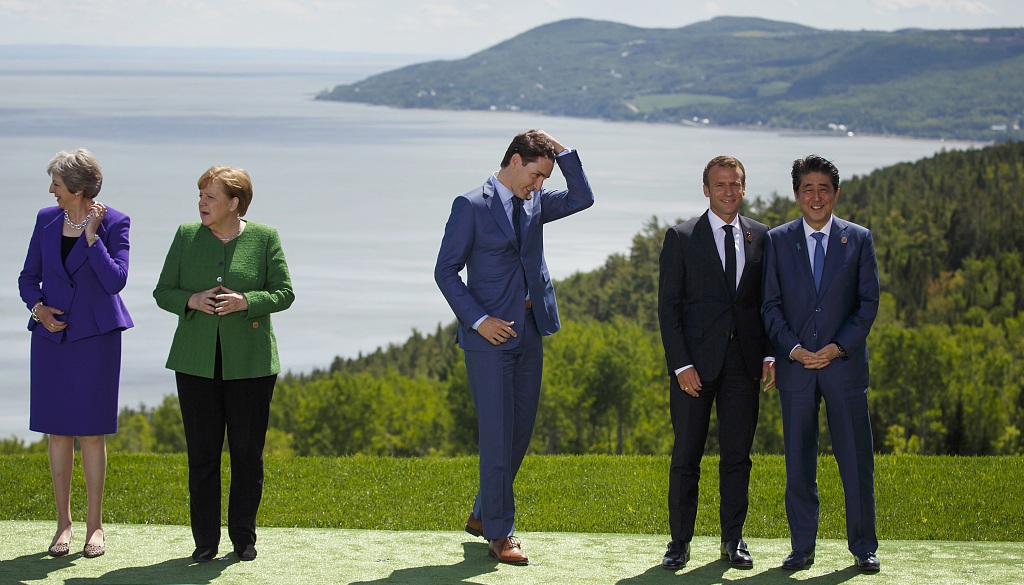 The reports claimed that the US is blatantly failing to abide by international agreements and rules, while China and Russia cannot be trusted, so middle powers must contribute together to maintain the international order. The US and Europe no longer share the same views on the economy. While Europeans  attach importance to free trade, the US cares more about equity. Meanwhile, Chinese people emphasize  common development based on openness, inclusiveness and mutual benefit.

In this case, the current problem is the scarcity of consensus and strategic mutual trust.

In the context of Europe-US trade friction, Trump threatened to impose a 25-percent tariff on European imports of cars, which is beyond what German auto companies will tolerate. They subsequently filed a proposal canceling all car tariffs between the US and Europe, hoping this could become an important cornerstone in the negotiation of the Transatlantic Trade and Investment Partnership Agreement.

Faced with the possibility of an escalating trade war, reaching consensus would help the world economy develop in a favorable direction. Otherwise, an uncertain confrontation period may lie ahead.

At present, due to Trump's maverick and stubborn personality, the world, especially in terms of the economy, may be faced with a period of instability.

Under such circumstances, it is proposed that the middle powers be united and help each other. The current free trade system does have institutional flaws, and the middle powers are interested in repairing and promoting the further development of the free trade system. However, without participation and support from major countries, the strength of these countries is  limited.

The global economic structure is experiencing great changes. At the same time, the peace deficit, the development deficit and the governance deficit are serious challenges facing the international community.

It is obviously difficult for the middle powers alone to solve such a grand problem. Therefore, as long as the US continues to shed its international responsibilities, middle powers should cooperate more actively with other big countries to jointly promote the inclusive and pluralistic development of the world.

The great powers must fulfill their responsibilities and obligations in this process.

As to the current stage of the world economy, this responsibility can be interpreted as making efforts to quiet down the trade war, and to build bilateral and multilateral cooperation on the basis of free trade.

China must deal with the irrational provocations and confrontations of the superpowers, and continue to comprehensively deepen its domestic reforms and gradually promote the economy to a higher level.

On this basis, the middle powers should strengthen communication among themselves and jointly explore the roads of cooperation based on rules and development.

The author is the chief research fellow of the China Center for International Economic Exchanges.