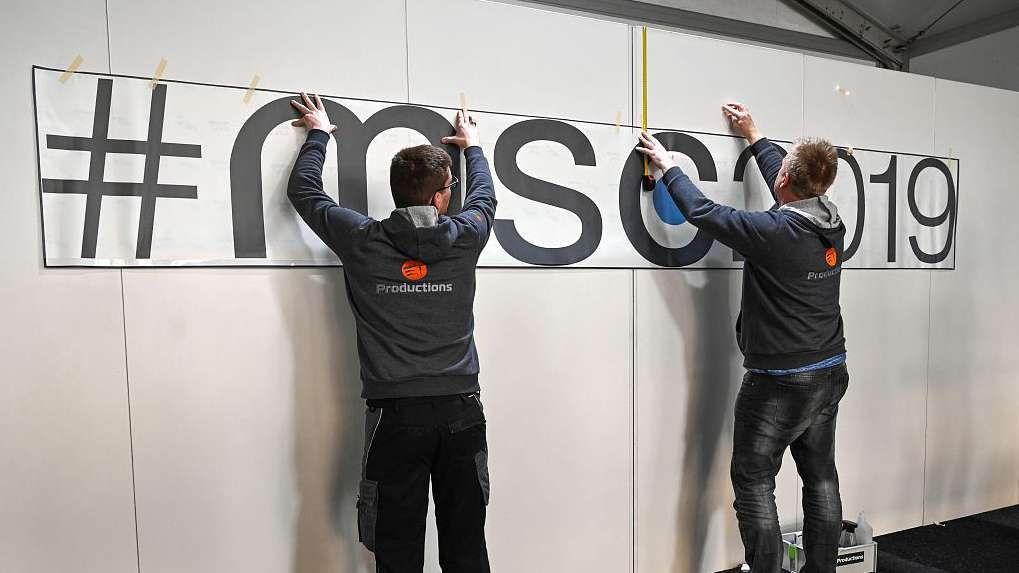 To prepare for the 55th edition of the Munich Security Conference, the Munich Security Report (MSR) released this week describes the state of the world as the “New Interregnum” full of uncertainties, where the post-Cold War optimism of the West is fading, key liberal principles undermined, and competing orders threatening the possibility of a peaceful transition period.

At some point, the MSR would even see the world today as a " broken puzzle."

It must be noted that a rather bleak world landscape has been painted by the German host, and Germany has been identified in the report as “one of the remaining defenders of liberal values” that are trying the best to navigate the " New Interregnum."

It's only natural that the annual get-together of the transatlantic defense community releases a regular report that uses the clichéd narrative of liberalism vs. authoritarianism, but it's acutely ironic, too, how the supposed leader of the free world, the president of the United States, isn't talking the liberal language at all.

If the “New Interregnum” is born out of the president of the United States deliberately quitting the liberal camp, I'd say I feel no bitter disappointment at Trump, as demonstrated by the German host and other "remaining defenders."

Instead, I wonder why the "remaining defenders" haven't yet re-visited their old liberalism vs. authoritarianism narrative, even when Trump, supposedly the leading defender, jettisons the liberal ship in the most spectacular way possible.

Moreover, Trump is leading the onslaught against the liberal camp by offering an audacious alternative narrative that includes his America-first branding. Even though not offering any credible solutions to the many problems of the Western world and the overall international community, Trump and his phenomenon have emerged, and triumphant to some extent till now, as a result of the many apparent imbalances, incompatibilities, and injustices incurred by the old narrative.

Does Trump represent a credible leader during the "New Interregnum?" I don't think so.

Trump's awkward position has been reflected in a recent Pew Research survey that has been incorporated in the Munich Security Report. In the seven countries – the United States, Japan, Russia, France, Germany, the United Kingdom and Canada – where the survey took place, when asked which of the five world leaders – Trump of the United States, Putin of Russia, Macron of France, Merkel of Germany, and Xi Jinping of China – might do the right thing regarding world affairs, Trump had the least average confidence of all respondents (either including or excluding American respondents).

Macron and Merkel roughly tie to lead the Pew survey by having the biggest confidence of the respondents. Chinese President Xi Jinping comes in the third place, and Putin follows in the fourth place. Well, it must be noted that six of the seven survey countries are Western ones.

If Trump is openly challenging the liberal narrative as represented by Macron and Merkel from within the liberal camp and Putin has remained combative and defiant all along, interestingly enough, China doesn't pose an ideological challenge, even when Western end-of-history triumphalism is fading to near oblivion in the “New Interregnum.”

In fact, pragmatic China is every bit against the politicization of international relations. Over the past 40 years, China has risen and continues its rise. China's impacts have been seen and felt across the world in the forms of infrastructure, hardware and technologies. Throughout the process, China hasn't challenged the liberal narrative, despite its inherent oversimplicity of black-and-white dichotomy of world affairs.

China has talked in a parallel language that includes such key elements of multilateralism, reciprocity, sustainability, rule-based behavior, among others. China's many success stories, in essence, involve implementing these key elements without ideological hassles. This is what I call a quiet and smart leadership.

This week's Munich Security Conference offers a miniature "New Interregnum" within the conference halls in Munich. China is sending member of the Political Bureau of the Communist Party of China (CPC) Central Committee Yang Jiechi, the most senior Chinese official ever to the conference. I believe China, on this occasion again, will work with ideologically different colleagues to help amend the "broken puzzle," if I may borrow the rather discouraging description of the Germans here.