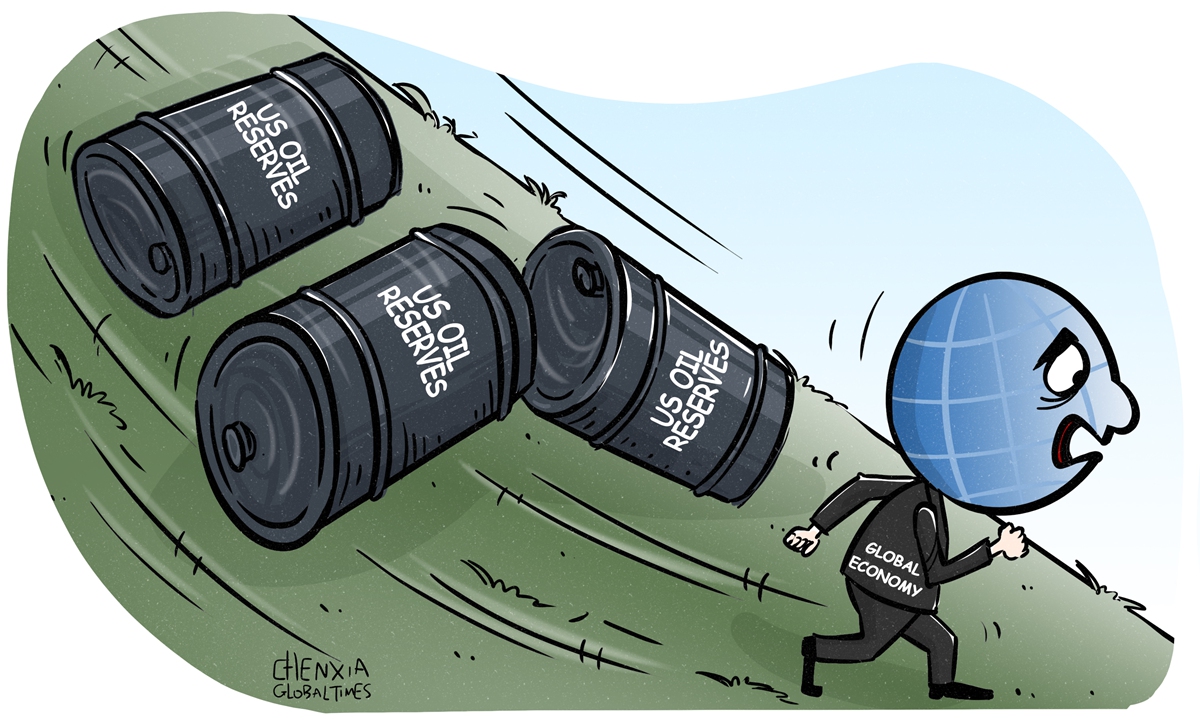 The Organisation for Economic Co-operation and Development (OECD) warned Monday that global economic growth is slowing more than it was forecast a few months ago, as energy and inflation crises risk snowballing into recessions among major economies, Reuters reported.

Energy shortages and spiraling inflation have sparked a cost-of-living crisis across Europe. The sharp rise in the prices of oil, gas and other petroleum products has made some European households worry about not being able to afford their energy bills this winter.

Energy and inflation crises are the result of multiple factors, among them the US-led unilateral sanctions on Russia, which have considerably cut energy supplies to EU countries, are being viewed as a key driver.

The US is considered a main factor behind the ongoing energy woes, but when European households struggle amid energy shortages and a cost-of-living disaster, it's ironic that some US politicians are only interested in how to make a profit from this man-made energy crisis.

US Democrats are pitching a plan that would allow the US government to buy and sell crude from the country's emergency reserves for a profit and use that money to fund electric-car charging infrastructure, Bloomberg reported on Tuesday. Under the so-called Buy Low and Sell High Act, the US government would be allotted more freedom to make sales and purchases of as many as 350 million barrels for the nation's strategic petroleum reserve to maximize profits, the report said.

Russian crude oil imports into the EU and UK fell to 1.7 million barrels per day in August from 2.6 million barrels per day in January, and imports from the US have replaced about half of the lost Russian imports, Reuters reported. It seems the US has become the biggest beneficiary of the ongoing energy and cost-of-living crises in the EU, but US politicians are less satisfied with that. Now they try to develop new tools to maximize profits, not caring about whether the Buy Low and Sell High Act will harm the interests of US allies and partners.

The OECD is not the only body forecasting a pronounced economic slowdown. Pierre-Olivier Gourinchas, economic counselor and the director of research of the IMF, said in July that the global economy is facing an increasingly gloomy and uncertain outlook. "Higher-than-expected inflation, especially in the US and major European economies, is triggering a tightening of global financial conditions."

Europe is not the only victim of Washington's selfish policies. Many believe the world may soon be teetering on the edge of a global recession. Now, people should stay cool-minded so as to get through the crisis. First of all, we have to understand what the root cause is for the recession risks that are threatening the global economy.

The so-called Buy Low and Sell High Act is the latest evidence that the US has tried to create a crisis and then use it to maximize its own profits.

Thanks to Washington's irresponsible and selfish policies, growing numbers of people believe the US global power and prestige are in decline, it may become a watershed moment for US economic hegemony.