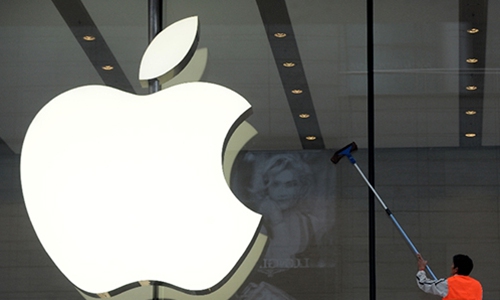 "Apple roared into the TV game with 'The Morning Show,' a superb drama about the importance of dignity and doing the right thing made by a company that runs sweatshops in China," British comedian Ricky Gervais said Sunday during his opening monologue at the 77th Golden Globes, once again placing these so-called sweatshops in China under the spotlight.

More than a decade ago, Western media outlets scrutinized the sub-par working conditions and labor abuses in Chinese factories producing iPhones. And apart from Apple, the US technology giant, China was also being accused of nourishing these "sweatshops" and disregarding workers' rights.

After Gervais made the comment, some Western media outlets struck up the same old tune. It seems that over the past years, the West has always been caring about Chinese workers' rights.

But are they truly with the best of intentions? The truth is that the so-called sweatshop accusation is merely one of their political tools. When Western countries focus their attention on this issue, their real aim is either to attack Chinese system, or criticize China for stealing job opportunities from them - the former politicizes the issue, while the latter is far divorced from reality.

As Western manufacturing failed to advance and its unemployment increased, a large number of factories moved to China for its cheap labor. But the Chinese government has never ignored laborers' rights. After the exposure of the labor issues, China soon investigated the situation and has refuted false Western reports.

With years of development of the country, Chinese workers' conditions have improved. Although there is still a gap between the level of social security and welfare in China and in the developed world, the East Asian country with huge labor resources has made great progress in improving workers' benefits. For example, the government has constantly raised workers' minimum wages. In December 2019, the minimum monthly wage in East China's Shanghai Municipality reached 2,480 yuan ($356).

It is due to the Chinese government's support and Chinese people's hard work that even the poor in the West can afford products made in China. This is a process of China's development and also where the country's system advantages lie in.

US President Donald Trump is working hard to relocate factories back to the US, but with few achievements. The key to this issue is not wages or benefits, but skills and spirit.

In the West, skilled and hard-working laborers have already become scarce resources. A mass of people in the West are refusing to work hard and pinning their hopes on public welfare. Are these people willing to return to the production line?

Where iPhones are produced does not depend on what these empty talkers say nor how much salary they can offer, but on which country has the complete production capacity.

It is hoped that some Western elites can be more concerned about their country's own problems rather than groundlessly criticizing China.