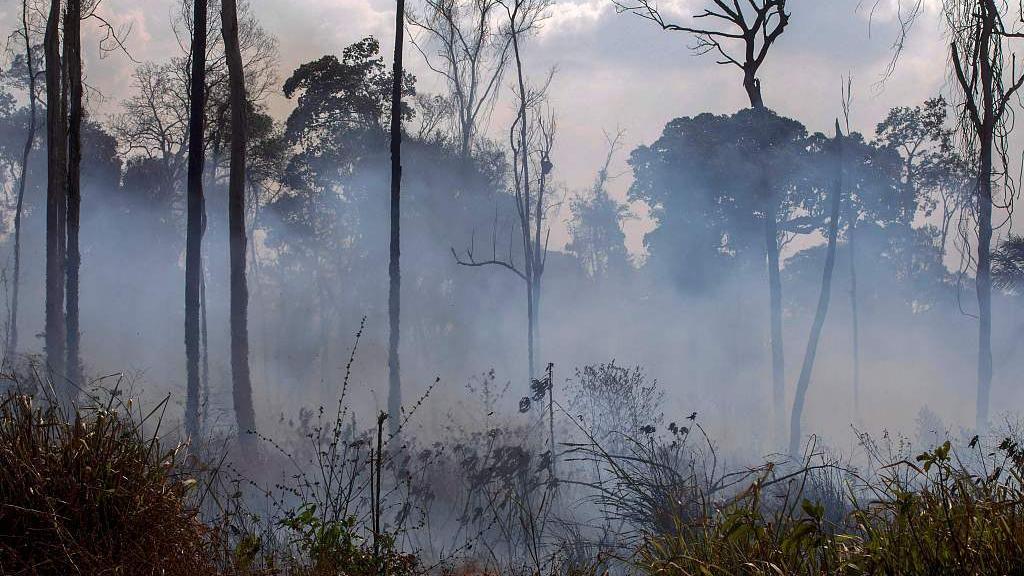 As the fires continue to rage in the Amazon rainforest — the "lung of the world" — Brazilian President Jair Bolsonaro has put aside his earlier stubbornness and is taking action to address the issue. His Agriculture Minister Tereza Cristina Dias has revealed that the president refuses to make the Amazon fires a global issue. She said that Brazil was "taking care" of the Amazon and that international concerns over the fires should be cooled down.

For a long time, Bolsonaro was not interested in environmental protection and forest preservation. As the Amazon fires grabbed the world's attention, he first questioned data about the fires and said that Brazil was being the target of a smear campaign.

He later fired the head of the data provider and accused non-governmental environmental protection organizations of being the culprits without giving good reasons.

However, these should not be excuses for selective media coverage. While reporting on the ongoing fire, responsible media should also report this as well: After cutting down trees, locals generally follow the tradition of burning residual wood. In recent decades, when the dry season settles in around July, forest fires are common. The number of fire sites ranges from tens of thousands to as many as 170,000. There have been more than 75,000 fire sites so far this year. However, the robust ecosystem in Brazil can absorb the losses caused by fires to a certain extent. With the arrival of the rain season in the autumn, increased rainfall will put out the conventional fires. Therefore, people should ask this question instead: Do these fires really need intervention?

The kind of media hype we see with the Amazon fires is no stranger to countries like China. Due to a fixed ideological mindset, the mainstream media in the West has always taken a twisted view towards countries that choose different development paths.

However, for Brazil, which has long been a follower of their model and a "top performer" whom they once encouraged and praised, when its president expresses rebellious views on climate change and shows disobedience, they change their attitude very quickly.

Since the news of the fires, Bolsonaro has faced a lot of pressure from the media and non-governmental organizations both locally and internationally.

Some developed countries issued ultimatums. If the government of this Latin American power does not do things the way they like, they will take necessary measures.

The G7 summit that concluded days ago specifically discussed the fires which they defined as a "global crisis," despite Brazil, the concerned party, not being present.

Those developed countries first condemned Bolsonaro for his failure to control the fires and the subsequent tragedy. Then with much fanfare, they made a serious promise to set up a special fund. Of course, like the way they handle other major events that they are "concerned about," they put forward a rather forward-looking multi-phase long-term plan: Not only will they help several countries in the region to cope with the fires, but they will also commit to the restoration of local biodiversity after the fires are put out.

I don't intend to make excuses for Bolsonaro's policies. In fact, I think there is much room for discussion about many of his practices. I'm not about to discuss how to reconcile environmental protection with economic development. I only want to say that if, as French President Emmanuel Macron realized at the G7 summit, the era of Western supremacy is about to end, then it is clearly inappropriate for them to still take the moral high ground and try to lecture the president of another country. Of course, the protection of the Amazon forest should concern everyone on Earth. That’s why we need global cooperation on the issue. However, Western arrogance over how to deal with the fires and take action is not the right approach to facilitate international cooperation.