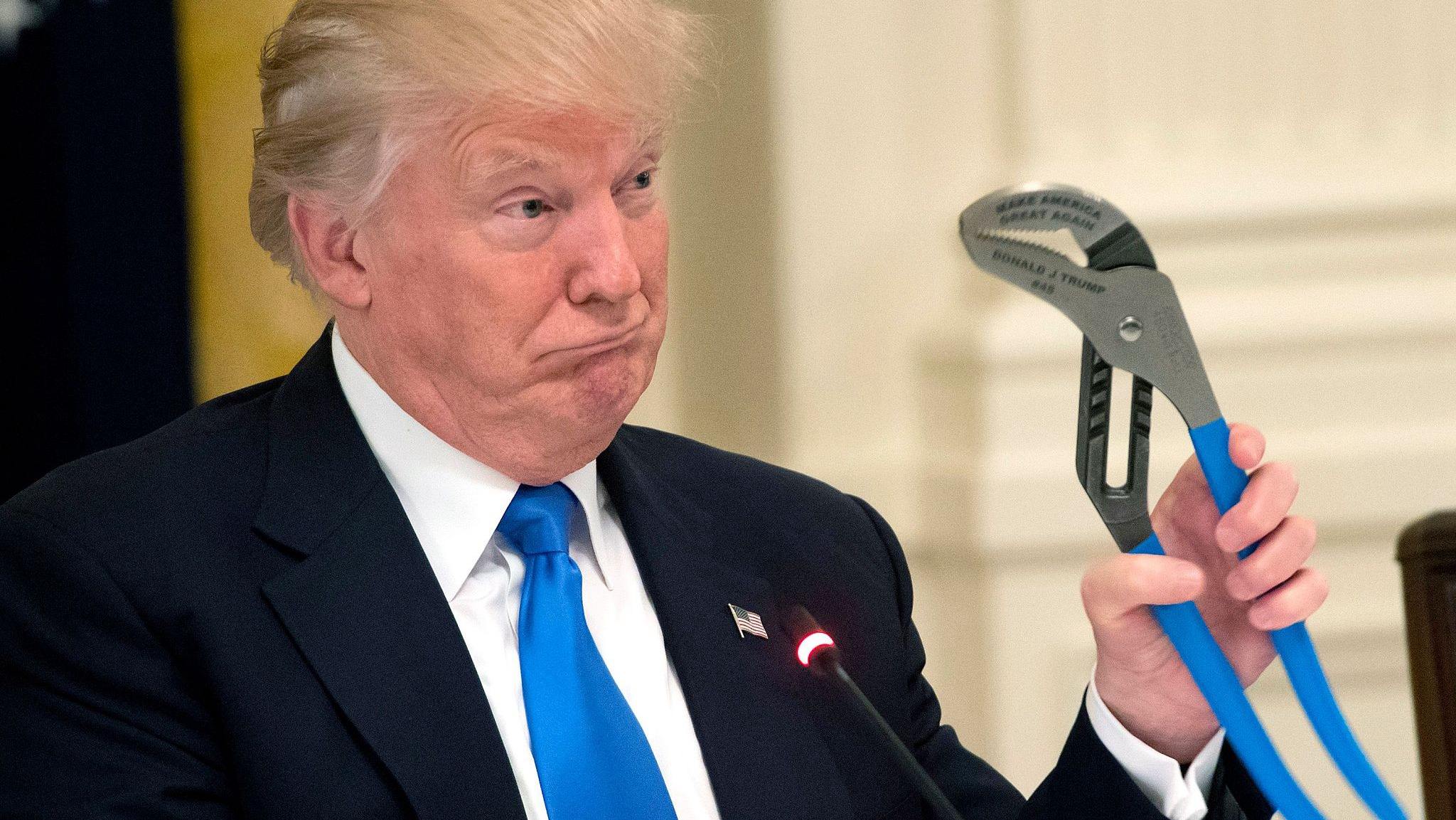 The Trump administration is engaged in a trade war with the whole world. Many people think that Trump and his trade policy team are a group of extreme trade protectionists whose bodies have entered the 21st century, but their thoughts may still remain in the 19th century. Driven by untimely trade concepts, they over-emphasize trade imbalances and launch trade wars with major trading partners around the world, bringing chaos in the global trade order.

On trade with China, the Trump administration accuses China of “unfair” trade policies. For example, China takes advantage of the US, the Chinese government “forces” US companies to transfer technology, China “steals” US intellectual property rights, and Chinese students and scholars studying in the US are collectors of technical intelligence. These ungrounded views are "demonizing" China, fanning the "negative" sentiment of the American public about China, and as a result, deepening the hostility of the two peoples.

I believe that what is urgent now is not to defend China's policy, but to let the people of both countries, especially the United States, understand the truth about China-US trade. The following observations are mainly the author's analysis, which to some extent is consistent with many opinions of the Chinese government.

First of all, China-US trade is free and fair. Although China as a developing country has higher tariffs than the US, it has lower tariffs than many developing countries, including India. China is not forcing selling, and US importers are not stupid. China’s imports have helped the US middle class, which has experienced slow income growth for years, to buy more goods with the same income. The increase in Chinese exports in 2017 is precisely the result of strong US growth and increased consumer confidence.

Second, China's market is basically open after its accession to the WTO in 2001. It is the fastest growing market for US exports. If the Chinese market is not open, it is impossible to see that 56 percent of the US soybean exports, 26 percent of the Boeing aircraft and 16 percent of the automobiles are exported to China.

Third, US export control is a barrier to more export to China. As with other developing countries, China's comparative advantage lies in cheaper labor cost, and the US' comparative advantage lies in capital and land. Driven by this difference, China exports labor-intensive products to America, and the US exports technology products and agricultural products to China. As the US Chamber of Commerce in China complains, the US export control policies are stricter than those of Europe (especially Germany) and Japan, limiting potentially more US exports to China. US export control should take part of the responsibility for the trade deficit.

In reality, the US is at the high end of the supply chain, while China is at the low end of the supply chain. Apple's iPhone is the most typical example. Almost all iPhones are assembled in China, but Chinese workers and factories only receive 5 percent value added (mainly labor costs), and Apple's design, brand and sales account for nearly 60 percent of the value added, and American investors from Apple share these profits. However, as the final assembly plant of the iPhone, China has to bear the entire value of all Apple exports to the US. The global supply chain exaggerates China’s exports to the United States by as much as 40–60 percent, according to different economists.

Sixth, another thing trade protectionists deliberately ignore is that the sales of US companies investing in China have surpassed 500 billion US dollars. They not only make huge profits from the fast-growing Chinese market, but also lead to the export of US parts and components as well as intellectual property rights to China, which in turn promote the growth and employment of the US economy.

Eighth, as for the so-called "forced technology transfer" problem in China, there is no evidence that the Chinese government has a law or regulation that imposes this requirement on foreign-invested enterprises, and there is no enforcement of the transfer of technology by US companies. The great success of the US auto industry in the Chinese market indicates that China-US joint ventures are mainly based on voluntary contractual behavior. General Motors and Ford have exported a large number of automobiles and parts to China through joint ventures, becoming two of the largest automobile manufacturers in China.

Ninth, the industrial policy of “Made in China 2025” is one of the main goals of the Trump administration’s attack on China. Obviously, Trump is worried that China will adopt the so-called “state capitalism” policy and enhance the competitiveness of Chinese enterprises in the high-tech industry through state subsidies. This attack is unfounded, because of the following factors: the use of industrial policies to upgrade the technology of Chinese enterprises is China's development right and is in line with WTO regulations. Second, China's policies are only guiding ones, not mandatory, and open to all foreign-funded enterprises. Third, China's industrial upgrading is necessary, because with the rise in labor costs, China's labor competitive advantage is mostly lost, and China's economic growth is facing enormous difficulties. In addition, the United States itself has a large number of subsidies in agriculture and manufacturing. The recent abuse of Section 301 and Section 232 (in the name of national security) provisions is an example of a US version of state protectionism.

Tenth, China’s trade practices have not violated WTO rules. Since China joined the WTO 17 years ago, the country has, generally speaking, complied with all its obligations included in its WTO accession protocol. This is the WTO's evaluation of China's performance in the WTO. As the two major trading nations, China and the US have been subject to a biennial trade policy review. And in the cases where the WTO dispute settlement mechanism ruled that China's policies did not conform to the WTO rules, China has corrected them. On the contrary, the proportion of times the United States has obeyed the WTO judgment is significantly less than China.

In sum, China does not want to fight a trade war and hopes to develop stable, mutually beneficial and fair trade relations with the United States. Obviously, Trump's trade war is typical trade bullying, and the Chinese government is forced to resolutely fight back with retaliation. At the same time, China is accelerating the steps of market-oriented reforms and opening up the market to foreign investors as a counterbalance to the trade war challenges. Given the fact that China is already the largest domestic sales market and is opening up its market, the US may lose the opportunity to other competitors if the Trump administration insists on trade wars with China. Moreover, the escalation of a trade war recalls the tragic history of the 1930s, when the US Congress passed the high tariff trade protection law called the Smoot-Hawley Tariff Act of 1930. The result was a worldwide trade war, a currency war, and finally the totally destructive World War II. The wise American people should be fully aware of the results of this period of history and oppose the trade war policy.