OPINIONS 100 years after end of WWI, world more than ever needs new type of international relations

100 years after end of WWI, world more than ever needs new type of international relations 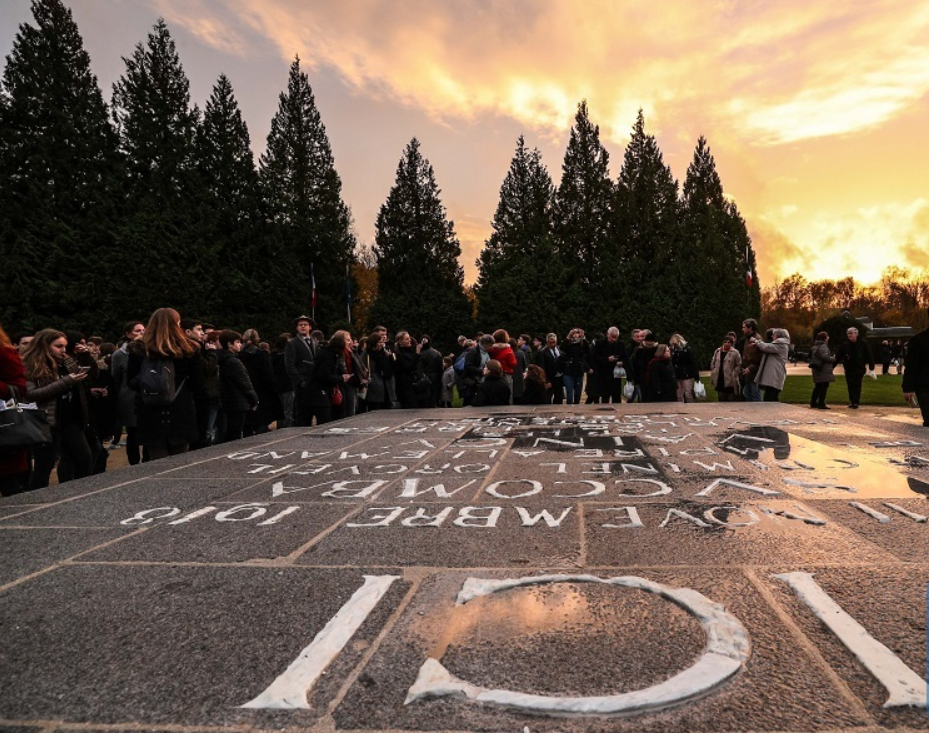 People attend a ceremony to commemorate the 100th anniversary of the end of World War I, near the town of Compiegne, France, Nov. 10, 2018. French President Emmanuel Macron and German Chancellor Angela Merkel clasped hands on Saturday during a solemn joint ceremony at a historic site, in a vow of peace and unity. (Photo: Xinhua)

PARIS, Nov. 11 (Xinhua) -- The past is who we are. Just like the Roman philosopher Cicero once warned, "to be ignorant of what occurred before you were born is to remain always a child."

That's mainly why delegates from around 70 countries gathered here Sunday to mark the centenary of the end of World War I. As one of the bloodiest wars in history, it involved five European empires and dozens of world powers, ending up with a Europe left in ruins and almost a generation of youth depleted.

According to Winston Churchill, the British statesman and one time prime minister, the killing and destruction of WWI was on such a scale that its damage to mankind could hardly recover even in a century.

The horror of WWI taught the world numerous lessons, among which ranked high was that "seeking hegemony leads to nowhere but self-destruction".

As American scholar Robert Gilpin noted, "three hegemonic wars" including WWI have broken out in the modern world, which "involved a contest for supremacy of two or more great powers".

In the views of those who fought in the trenches of the war and survived, the lessons of the WWI should imperatively serve as a warning to future generations contemplating how to avoid a repetition of world wars. Such global conflicts would be even more catastrophic in an age of nuclear weapons and more advanced technology.

Unfortunately, the mindset of hegemonism is still popular amongst politicians and pundits 100 years after the Armistice of 1918. It is mirrored in the reality that certain country seeks to be "first" in international relations, impose its political system on others and willfully interfere in the internal political affairs of other countries. The hegemonic reflex is also visible with some countries fearing, and attempting to prevent other countries, from catching up.

To avoid the mistakes of the past, nations of the world must abandon a hegemonic mentality and endeavor to build a community of shared future for mankind as well as a new type of international relations based on mutual respect, equality and cooperation with win-win results for all.

Under a hegemonic mode, countries earn respect largely in accordance with their military and economic power. Differences in culture, political system or religion among them have long been excuses for wars in the name of defending national interests, peace and freedom. That should no longer be the case. No matter how big or small and how rich or poor, countries should be treated as equals, with respect for each other as a precondition for world peace.

A new type of world relations should value UN principles and relevant international law as a crucial norm. In the old mode, the law of the jungle, together with unilateralism, will only raise the risk of war.

A new type of international relations should aim at more cooperation and win-win results. As the world becomes more and more intertwined, no country alone can handle challenges such as terrorism, cyber-security and climate change. To maintain peace and stability, countries should break down their ideological and camp divisions. After all, nations can thrive not by building protectionist walls but by working hand-in-hand.

On the centenary of the Armistice, it is high time hegemonic zero-sum game playing was finally uprooted and placed out of mind.