The history of the 1992 Consensus was reviewed and its significance was elaborated on at a meeting held earlier this week to mark the consensus' 30th anniversary. 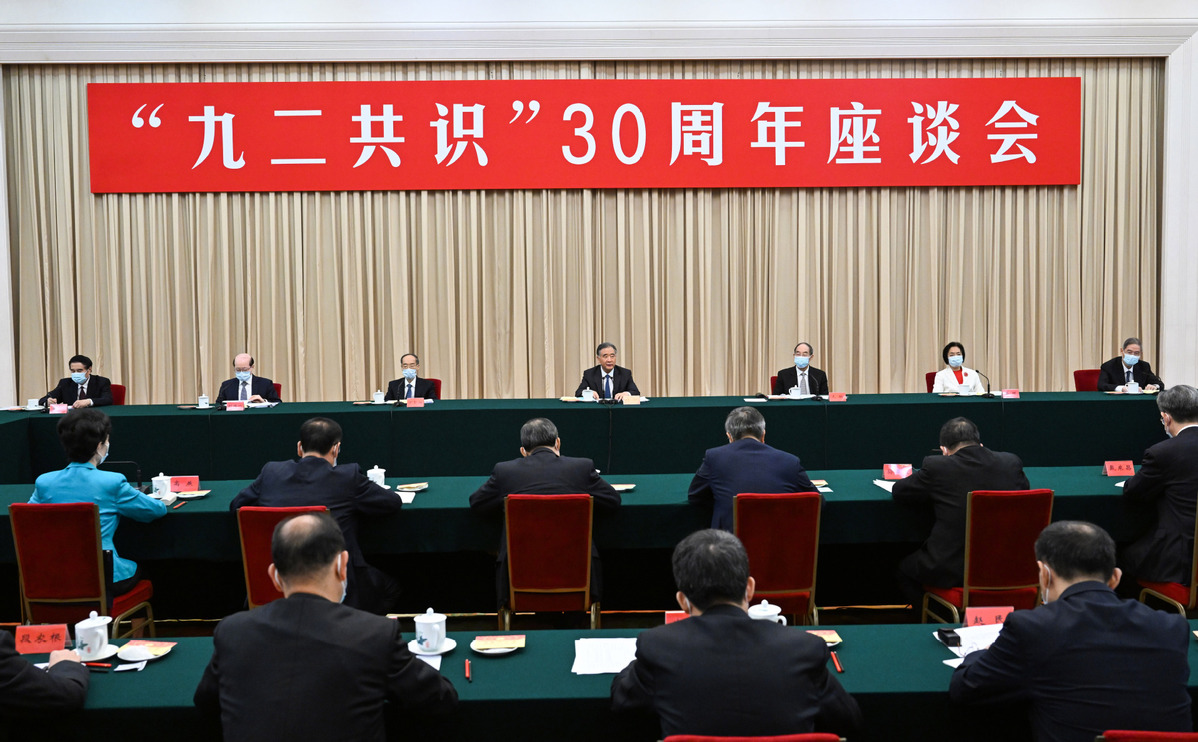 A symposium is held in Beijing to mark the 30th anniversary of the consensus that was reached between the Taiwan-based Straits Exchange Foundation and the mainland-based Association for Relations Across the Taiwan Straits on July 26, 2022. (Photo: Xinhua)

This is conducive to firming up the ideological foundation for the peaceful development of ties across the Taiwan Straits and pooling the strength of Chinese people on both sides of the Strait for national reunification.

The 1992 Consensus refers to the consensus reached in 1992 by the mainland-based Association for Relations Across the Taiwan Straits and the Taiwan-based Straits Exchange Foundation. They agreed to state that "the two sides of the Taiwan Strait both stick to the one-China principle."

There are documents and written records on the process of how the 1992 Consensus was reached and its content, which can neither be denied nor be distorted by anyone or any force.

The essence of the 1992 Consensus is that "both sides of the Taiwan Straits belong to one China and will work together toward national reunification." It defines the fundamental nature of cross-Strait relations, lays the political foundation for the development of ties across the Straits, and has profound implications for cross-Strait relations to improve and develop.

Chinese people on both sides of the Taiwan Straits should strive for ending the political antagonism at an early date, realizing national reunification, and keeping the fate of the Chinese nation firmly in our own hands.

Only by safeguarding the political foundation of adherence to the 1992 Consensus and opposition to "Taiwan Independence," can cross-Strait relations develop steadily into the future. Otherwise the "ship of peaceful development" will risk fierce storms and even capsize.

Peace, not conflict, is a shared aspiration of compatriots on both sides of the Taiwan Straits. Any word or action that distorts or denies the 1992 Consensus is making a travesty of history. It goes against the will of the people, and is doomed to fail.