OPINIONS 2020 a critical year for China-EU relations after pandemic

2020 a critical year for China-EU relations after pandemic 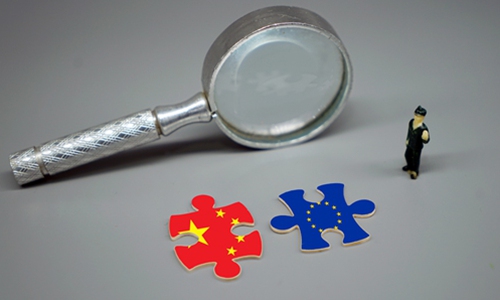 The year 2020 was regarded as a critical year for China-EU relations. Three major summits were planned to be held this year, including the China-Central and Eastern European Countries Summit, the 22nd China-EU Summit, and a special summit of EU leaders and China in Leipzig, Germany.

Some analysts believe that China-EU relations will change because of the COVID-19 pandemic. Objectively speaking, the virus has indeed hindered diplomatic interaction between Chinese and EU leaders. For example, the three major summits will be somewhat delayed or will be conducted online. COVID-19 has prevented face-to-face communication between Chinese and EU leaders.

However, China and the EU are adjusting these issues through technical methods. For example, China and the EU held the 28th round of negotiations on investment agreements on April 20-24 online, and the two sides made positive progress. Therefore, the trend of China-EU cooperation and communication has not changed.

COVID-19 has also brought some opportunities for communications between Chinese and EU leaders. Chinese President Xi Jinping and Premier Li Keqiang have held telephone conversations with European leaders during the pandemic. All of these show that in the face of the major global health challenge, both China and the EU have the will to support each other.

Some people have badmouthed China-EU relations after the pandemic hit. They believe that the EU will agree with US' conspiracy theories about China. In fact, EU members' opinions are divided. Some European populist political leaders, non-mainstream media, and anti-China parliamentarians have advocated these conspiracy theories due to their publicity needs and political interests. Propaganda from the US has increased in the EU, with requests even made for Europe to discredit and slander China. These theories may affect some European people. However, the EU's main position is to maintain multilateralism, and it will insist that it is a top priority to adhere to the current COVID-19 fight by all mankind.

There are still structural differences between China-EU relations and China-US relations. Against the backdrop of growing strategic competition, the US will resort to unscrupulous tricks. The EU, however, still maintains its own diplomatic position.

In addition to the US' attempt to kidnap Europe, some European experts believe that the COVID-19 pandemic has further reflected that China is a so-called systemic rival. In fact, a communiqué released by the EU Commission in March 2019 already described China as "a systemic rival promoting alternative models of governance." The pandemic has indeed shown the difference in governance between Chinese and Western systems. The results of many Western countries' COVID-19 fight have made some EU politicians reflect on their national crisis management system. Objectively, China's achievements in the COVID-19 fight have somewhat raised doubts in Western democratic decision-making mechanisms and their belief in so-called human rights. Some Europeans have become anxious.

The difference in systems and ideology between China and the EU is probably a long-term trend. Some Europeans have viewed China's international cooperation with colored glasses. This will not benefit China-EU cooperation. If the EU does not get rid of its sense of superiority and distorted mentality, it may have negative impacts on China-EU relations.

The pandemic has severely shocked Europe's economy, politics and integration process, which will lead to the decline of the continent's strength and international influence. Facing the emergence of China, Europe might feel anxious with rising ideological bias.

In the post-pandemic era, Europe may be more competitive in the face of China. But the fact that both cooperation and competition exist between China and Europe will not change. In the global arena, Europe needs China's support for multilateralism and related agendas. It is also impossible for the two sides to decouple with one another.

The article was compiled by Global Times reporter Li Qingqing based on an interview with Dong Yifan, a research fellow with the Institute of European Studies, China Institutes of Contemporary International Relations. opinion@globaltimes.com.cn