2020 APEC meeting to be a hallmark of Asia-Pacific resilience 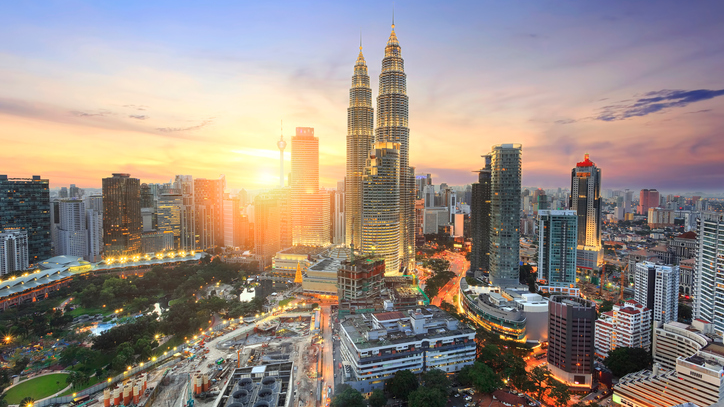 Malaysia is all set to host the 2020 APEC Economic Leader's Meeting scheduled for November 20, which will be the first time that the leaders of the 21-member bloc will meet virtually on account of the COVID-19 pandemic.

The meeting comes at a critical juncture as it coincides with the 2020 G20 Riyadh summit taking place a day later and the signing of the landmark Regional Comprehensive Economic Partnership (RCEP) at the Hanoi virtual ASEAN Summit on the 15th of this month.

The upcoming meeting aims at further consolidating the Asia-Pacific's significance as both an economic hub and a resilient region with a combination of high income, newly industrialized and developing countries all potentially benefiting from trade deals, regional connectivity prospects and joint prosperity for the future. The stakes are definitely high with plenty on the agenda.

The host Malaysia is a key economic player in the ASEAN region and has already hosted the first set of technical meetings in Putrajaya in February this year.

Kuala Lumpur also resorted to a digital format on account of the World Health Organization's declaration that the COVID-19 quagmire was now a global pandemic.

Despite the devastating effects of the virus on the Asia-Pacific economies, the region has not shunned away from exploring prospects of economic revival, robust economic stimulus strategies and pioneering innovation to promote a business-friendly environment.

Furthermore, the region has remain unscathed from geopolitics, with the U.S.- China rivalry – due to undue provocations from the Trump administration in the South China Sea – failing to prevent ASEAN member states from pursuing non-partisanship as a policy in their relationships with Beijing and Washington, D.C. 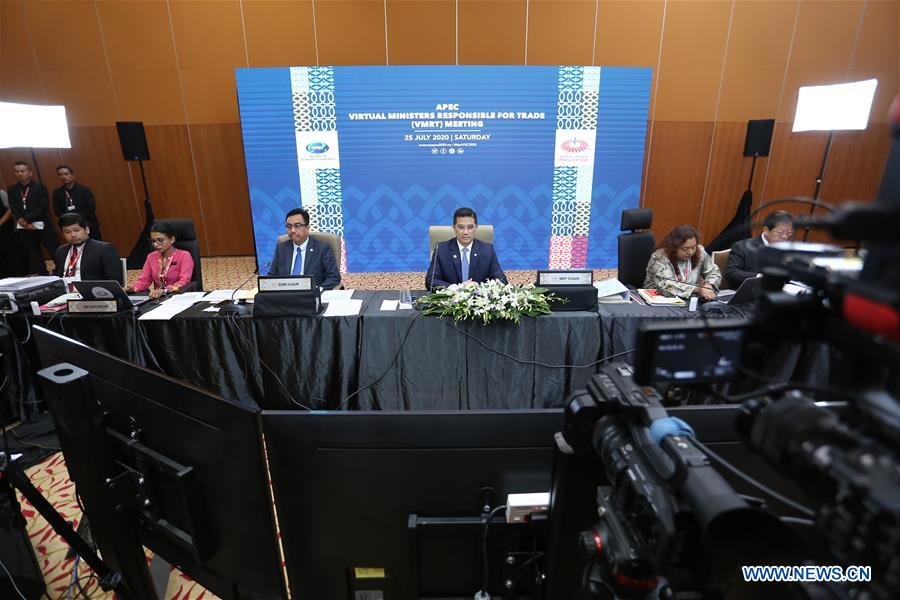 The Malaysian venue of a virtual meeting of APEC Ministers Responsible for Trade, in Kuala Lumpur, Malaysia, July 25, 2020. (Photo: Xinhua)

The focus of countries in the Pacific Rim such as Chile, Canada, Australia, New Zealand and even the United States would be to maintain APEC's significance as one of the highest level multilateral blocs and oldest forums in the region.

To ensure APEC's stature, economic leaders are expected to come up with a new vision that will act as the guiding principle of the platform's work in the next few decades, including the ongoing COVID years. Malaysia's theme is "Optimizing Human Potential Towards a Resilient Future of Shared Prosperity: Pivot, Prioritize, Progress." The three Ps will be supplemented with efforts to implement the "Bogor Goals," which carry historical significance.

In 1994, after the APEC meeting in the town of Bogor in Indonesia, it was announced that the year 2020 would be when the long-term objective of promoting free open trade and investments in the Asia-Pacific region was to materialize and become operational.

Since, then the Bogor Goals have become one of APEC's flagship initiatives. The goals also make it incumbent upon member economies to reduce barriers to trade and investments and avert scenarios such as a region-wide drop in tariffs, which was witnessed in the 1980s.

In the lead-up to the meeting, the United States, as the most economically powerful member state of the bloc under the Trump administration, was involved in pernicious trade practices such as increasing tariffs with the aim of strangulating the Chinese economy, jeopardizing the entire objective of the Bogor Goals.

It is therefore necessary that this meeting ensures that members implement unilateral policies as well as negotiate bilateral, multilateral and regional agreements provided that they are consistent with the rules of the World Trade Organization.

The successful implementation of the Bogor Goals will become a testament to the worldwide commitment of APEC toward multilateralism as a solution to pressing economic issues of the modern era, which are largely related to the pandemic.

Many of the goals envisioned in 1994 were realized in the 2018 Bogor Goals Progress Report, which details how tariffs had fallen, free trade agreements improving market access were inked prior to RCEP, and customs reforms made it easier for free trade to take place unabated. However, there are areas which need improvement.

APEC members with large agricultural sectors have encountered higher tariffs, which have a direct impact on their current account balances. Similarly, non-tariff measures have also accumulated over the years alongside restrictions on foreign investments in service sectors.

While mitigating the effects of the pandemic on regional economies would be a top priority for APEC states, emphasis would also need to be placed on the few loopholes which remain as well as comprehensive implementation of the the Bogor Goals in both letter and spirit.

One of the main reasons why the 2020 APEC meeting holds much promise in consolidating the Asia-Pacific region's status as an engine of growth is because most actions already taken for the past few decades have significantly benefited the region prior to the onset of the pandemic. Trade continuing unabated has resulted in a decline in poverty levels in member states such as China, Indonesia and Vietnam.

The number of citizens under the internationally recognized poverty line of less than $1.25 per day, prior to 2015 when it was revised to $1.90, has been reduced by half a billion since 1990.

Agility, inclusive economic growth with the result of shared prosperity, will most definitely define the Asia-Pacific region alongside exploring strategies of dealing with pandemic-stricken economies in the upcoming meeting.

All eyes would be on what will be inked down and agreed upon in yet another significant multilateral forum.