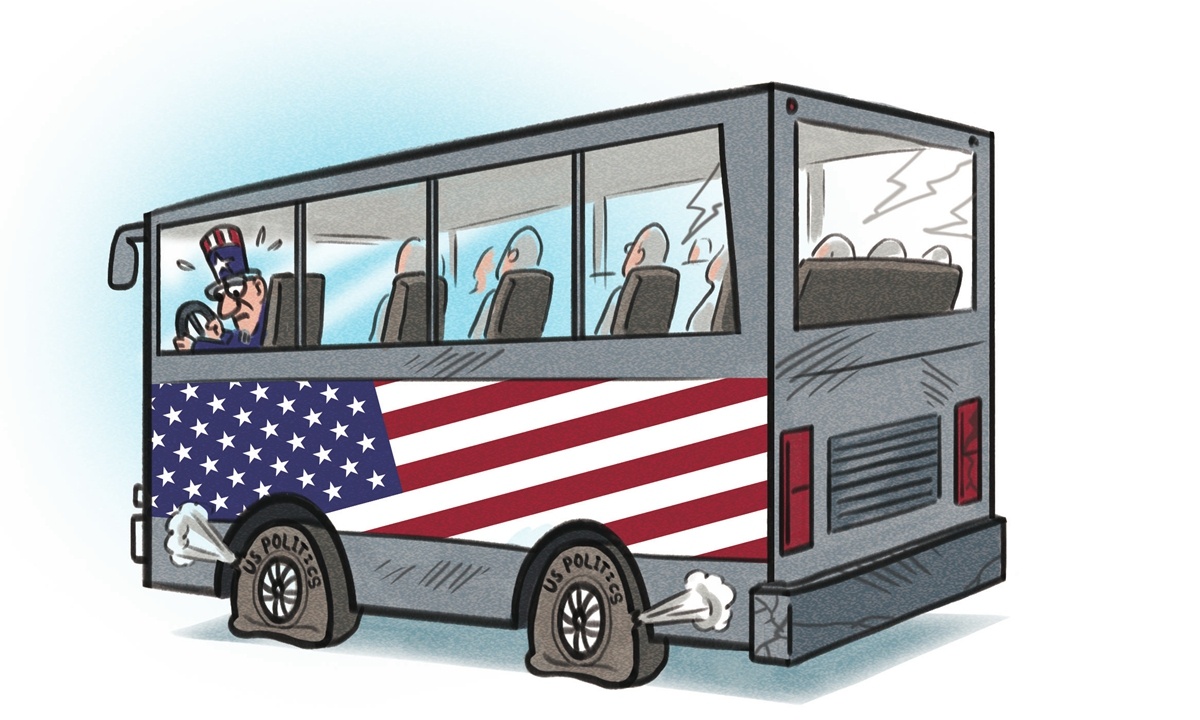 The decline of the US politics in 2020 is destined to be recorded in history.

With the help of highly developed media, people from worldwide have observed different dimensions of the model of a developed country in the West, and how it entered into the process of political decay, as described by well-known US political scientist Francis Fukuyama.

Guns and ammunition are out of stock as the US election day looms. The number of people who have purchased guns for the first time has soared. US government, universities and research institutions have warned that there may be violent conflicts after the election. In 2020, people have witnessed a magic realism drama in the US.

The drama has not ended yet. People are waiting for the final result with ambivalent feelings. But what is certain is that the political decay exposed by the 2020 US presidential election will continue to be the key to subsequent developments in the US and the world.

The decay is first manifested by the embarrassing situation: Effective governance in the US is relatively or absolutely insufficient. The government's responsibility - to provide society with the necessary public goods to cope with the impact and challenge of a crisis - is absent.

People are seeing strange and even contradictory signs. The US has the most developed medical technology and system that can "cure" a 74-year-old white elderly man (US President Donald Trump), infected with the novel coronavirus, in just three days. Yet this same country - with about 4 percent of the world's population - contributes to more than 20 percent of the world's COVID-19 mortality.

This kind of comparison marks the decline of the US government's capabilities. In the face of the public crisis caused by the novel coronavirus epidemic, the US government can hardly take any effective measure to counter and control the disease. For the US, which has always regarded itself as the only superpower after the end of the Cold War, the leader of the international system, and the defender of the Western free world, this is clearly a shock to its system.

Second, the decline of the US politics shows that the so-called self-correction mechanisms in the political system are not functioning properly. From Trump's election as the US president in 2016 to the systematic defeat of the US in the governance with the coronavirus epidemic in 2020, the self-correction mechanisms from Western political theory have not worked. Quite the opposite has happened.

The universal explanation for this provided by many Western scholars is that Trump, as an individual, exerted a negative influence that exceeds the systems' threshold to function. This led to the systemic paralysis caused by personal factors.

Third, the decay of the US politics is demonstrated by the fact that many analysts and researchers are seeking various excuses to defend the system. They are trying to rationalize the phenomenon in the US.

Take professor Fukuyama. He is trying to construct a new logic: Trump is just a certain accidental phenomenon that appeared in the normal operation of the US democratic system. As long as this phenomenon is over, the democratic system will naturally go back to normal.

In the process of waiting for the result of the 2020 US presidential election, people need to think more seriously: As an important experiment which explores social development, how many notable experiences and lessons can the development of the US provide to the world?

Ultimately, learning from them in order to avoid risks and achieve more stable, healthy and constructive development on the road to build a community with a shared future for mankind is a more important task than the final result of the 2020 US election.

The author is director at the Research Center for Cyberspace Governance of Fudan University. opinion@globaltimes.com.cn