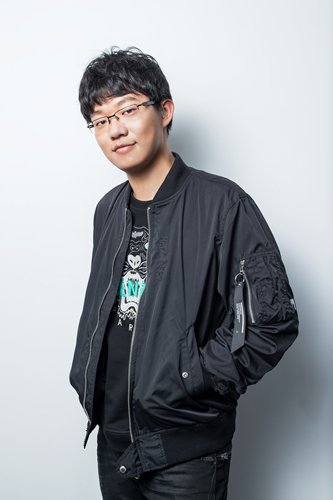 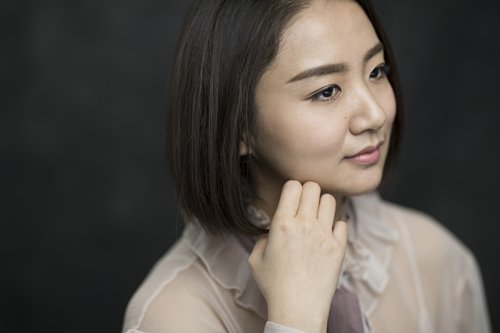 A busy station fills with anxious travelers awaiting transport back to Earth in Alex Shvartzman's story.A white-collar gent swipes his identity card, boards a platform and momentarily is home, via a seamless platform of land, sea and air, is how twenty-something author Teng Ye sees it.Teng's vision of a space train careening into the universe might remind readers of the Falcon Heavy rocket launch a few days ago, a "dangerous and romantic" moment in Teng's own words."When I first heard the theme, I pictured a massive machine, blurting out crispy Beijinghua, spinning across the Milky Way, spitting out trains and people," says Han Song, a veteran author participating in the science fiction festive gala's third year. Since the online debut of the first story on February 5, this year's gala has already put nine stories online and amassed more than 5 million views, a rather satisfactory readership for a niche literary genre.This year's theme "Spring Festival is approaching; here is Beijing West railway station," offers the writers an opportunity to deliver freshness from the fetid, age-old Chinese travel rush. With the theme decided, Non Exist Daily, an online platform of the Chinese sci-fi brand Future Affairs Administration, dispatched invitations to the country's most popular writers. Within 48 hours, a feast of around 20 stories was returned to be edited and uploaded online once a day for the approximate two weeks of Spring Festival holidays. This year three overseas sci-fi writers participated including US author Shvartzman, Chinese-American translator Ken Liu and author Kim Bo-young from South Korea. Their stories, carefully proofread by experienced Chinese sci-fi translators before being uploaded online, lent an exotic ether to the annual online explosion of festive fantasy.Beijing West"The sci-fi gala brings people a special festive experience, creating a surrealistic atmosphere," Han tells the Global Times. Yes, but... Beijing West train station? "It's old. It's a classic, uniquely Chinese memory at Spring Festival - witnessing the coming and going of travelers from all walks of life," Ji Shaoting, head of Future Affairs Administration, tells the Global Times.The 20-year-old concrete behemoth becomes a Fengtai district fantasia, a time-travel hub, a portal connecting the capital to shocking future Shanghai. In the stories crafted by the nation's most creative minds, the long road home is perhaps more poetic and comfortable than the stressful crowded reality.In her opinion, the story gala simply provides an emotional outlet for those yearning for a different world unattached to everyday work and life, Ji says.EdgyThe topic last year garnered edgy reinventions of popular entertainment inspired by the annual China Central Television Spring Festival Gala, a classic festival memory for older Chinese but increasingly lost on today's demanding youth audience.Han's essay was inspired by the Spring Festival Overture, a tune that appears frequently in school music textbooks and is widely played at major Chinese festive occasions.Composed by Li Huanzhi in the 1950s, the overture summoned for Han a gloomy cave hospital operated by artificially intelligent doctors where all meaningful entertainment is banned. Readers voted it one of the best stories of the year.The new popular passion for the genre seems reflected by global recognition for authors Liu Cixin, who won the Hugo Award in 2015 and Hao Jingfang, who followed him in 2016. Both internationally feted authors have written, and are writing for the story gala. Popularity is nice, but not the prime purpose of the gala, say the organizers."We started it simply because we wanted to read more good stories," Ji says. "Hopefully the story gala will become an indispensible ritual for sci-fi fans in the future."