OPINIONS 5G technology is a victim of political maneuverability

5G technology is a victim of political maneuverability 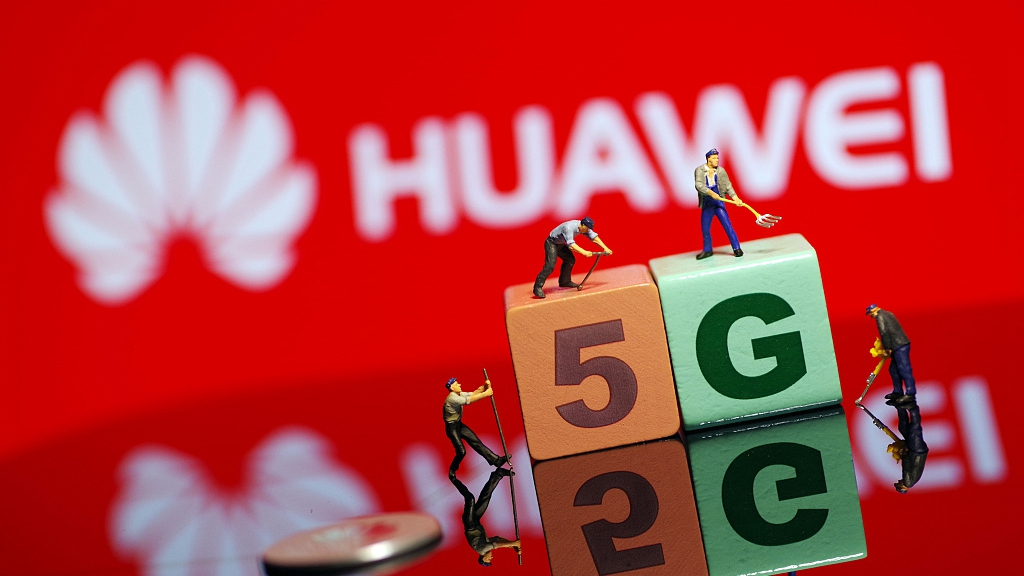 Editor's note: David Lee is a consultant, author, and contributor based in Beijing who works on cross-cutting themes of energy, health, international politics, and international development. The article reflects the author's opinion, and not necessarily the views of CGTN.

On February 2, the mobile communications industry body GSMA held a special meeting to discuss a ban on Huawei's 5G equipment in the European Union over "security concerns". It came after Huawei announced it will unveil its 5G foldable smartphone at the Mobile World Congress (MWC), which will kick off on February 25 in Barcelona.

Despite rounds of angry anti-globalization bombardment, the world is decidedly a more open and progressive one since the end of the Cold War, not least demonstrated by increasing economic interdependence. This progressive world as we know it, however, might be falling apart, if a looming man-made 5G dichotomy is not reined in soon enough.

The tremendous bounty promised by a smart future world depends on the 5G technologies that are evolving, being tested, and, in some cases, in early trial deployment. It is only natural that the strategically competitive 5G landscape gathers serious contenders from across the world. For some time, the technology and business circles have been allowed to slowly but steadily play out their part of the game for 5G advancements, but menacing politics is encroaching on and poisoning this relatively healthy neutrality.

The unsubstantiated allegations about national security threats, espionage activities, and even communist sabotage against Huawei, a leading Shenzhen, China-based 5G provider, is a blatant case of political meddling. Several Western countries, led by the United States, are specifically targeting Huawei, already taking or about to take actions to bar Huawei from any 5G business within their borders. It must be pointed out, though, that there has been no independent research publicly available to back up any such allegation.

The complex inter-connectivity of the world decides that an arbitrary ban by several industrialized countries simply won't be effective to kill Huawei's 5G. India's invitation to Huawei to the country's 5G field trials in last December, even under U.S. pressure, provides a telling case.

As suggested by Amitendu Palit, a senior fellow with the National University of Singapore, in an interview with CNBC, Huawei's 5G equipment strategically benefits India, and Indian telecoms will welcome Huawei's competitive prices, which should be cheaper than other foreign players.

I'd assume the same situation in India applies to many more developing economies that are price-sensitive but also want high-quality technology. Therefore, the trend towards a man-made 5G dichotomy is in the making. According to the Indian think tank Observer Research Foundation, developing and developed countries may have different 5G standards, as emerging markets open their doors to Huawei and Western countries close theirs.

This likelihood of forced 5G standards difference does not serve the world well. 5G is all about connectivity, smashing barriers and enabling no-hassle communications. Of course, there has always been competitive when it comes to standards development, but at least a neutral playing ground has been maintained thanks to technological and marketing forces. Now, ironically, 5G itself may be a victim of incompatibility and disconnectedness, not as a result of technology and business competition, but falling prey to political paranoia.

Meanwhile, I'm appalled by how the change of mentality has affected behaviors of nations that have long enjoyed early-mover advantages. The biggest change for these nations is that now they have to not only compete with known players amongst their own flock, but they have to also face up to any credible outside competitors, with Huawei leading the sortie in an area of strategic significance. I understand there must be shock and dismay as a result of their reality checks.

As the appreciation of the new competitive landscape sinks in, I'd ask these early movers – where has the high-flying end-of-history triumphalism in the early 1990s gone? Political maneuverability, by sounding the national security alarm, does provide convenient protection in the face of competitive threats, but I'd seriously challenge the soundness of such tactics, which more often than not lead to narrowness and failure.

As a reasonable earth dweller eager to enjoy the promised 5G goods, unhindered and without hassle, I'd hope common sense to prevail against unsubstantiated accusations. This genuine hope, I believe, is shared by all technology users across the world.