OPINIONS A civilization of ecology

A civilization of ecology 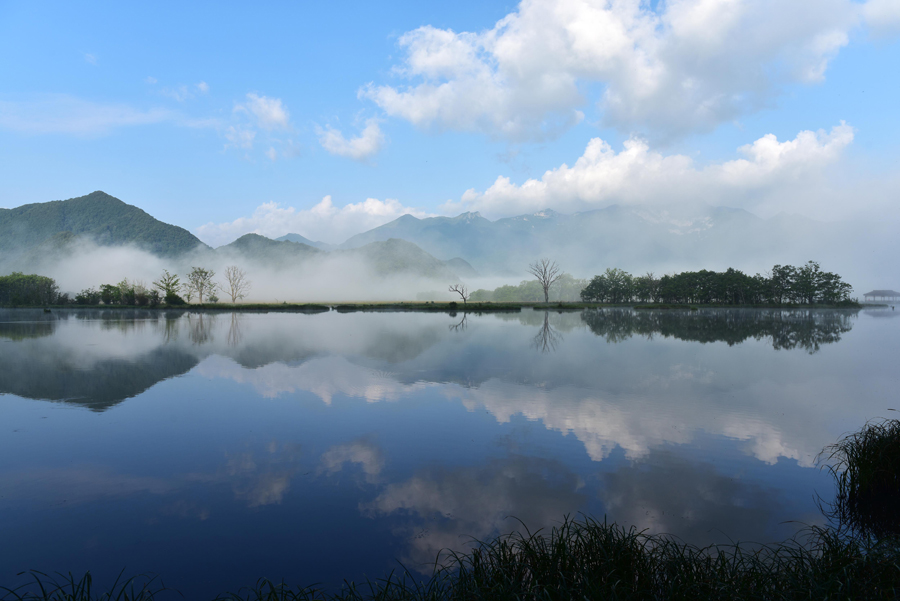 This file photo shows the scenery of the wetland of Dajiu Lake in the Shennongjia Forestry District, Central China's Hubei province. (Photo: Xinhua)

The extensive development model China has pursued over the past decades has caused severe damage to the country's environment and ecosystems, prompting China to pursue a greener and more sustainable development model.

At a recent conference held in Beijing aimed at promoting nationwide protection of the country's natural environment, President Xi Jinping elevated conservation as a significant task for the Communist Party of China's historical mission to seek happiness for the Chinese people and rejuvenation for the Chinese nation.

Xi has repeatedly stressed that people's desires for a better life include "a blue sky, green land and clean water".

And with it being emphasized that lucid waters and lush mountains are invaluable assets, the Party and people have become more purposeful and active in pursuing green development. There has been a clear shift away from the past tendency to neglect ecological and environmental protection.

Building a better ecological civilization is essential for the wellbeing of the people and a healthy natural environment. And China under Xi's leadership has made unprecedented efforts at environmental rehabilitation and the conservation of its resources. Over the past five years, progress has been made in major ecological conservation and restoration projects; and forest coverage has been increasing.

No other country has included building an ecological civilization in its governance platform in such a clear-cut manner. Nor are any other countries implementing green and sustainable development in such a pragmatic manner.

The country must continue its efforts to build an ecological civilization by implementing the strictest possible systems for environmental protection, and developing eco-friendly growth models and ways of life.