OPINIONS A deal at last: The final chapter in the story of Brexit?

A deal at last: The final chapter in the story of Brexit?

Editor's note: Jonathan Arnott is a former member of the European Parliament. The article reflects the author's opinions. 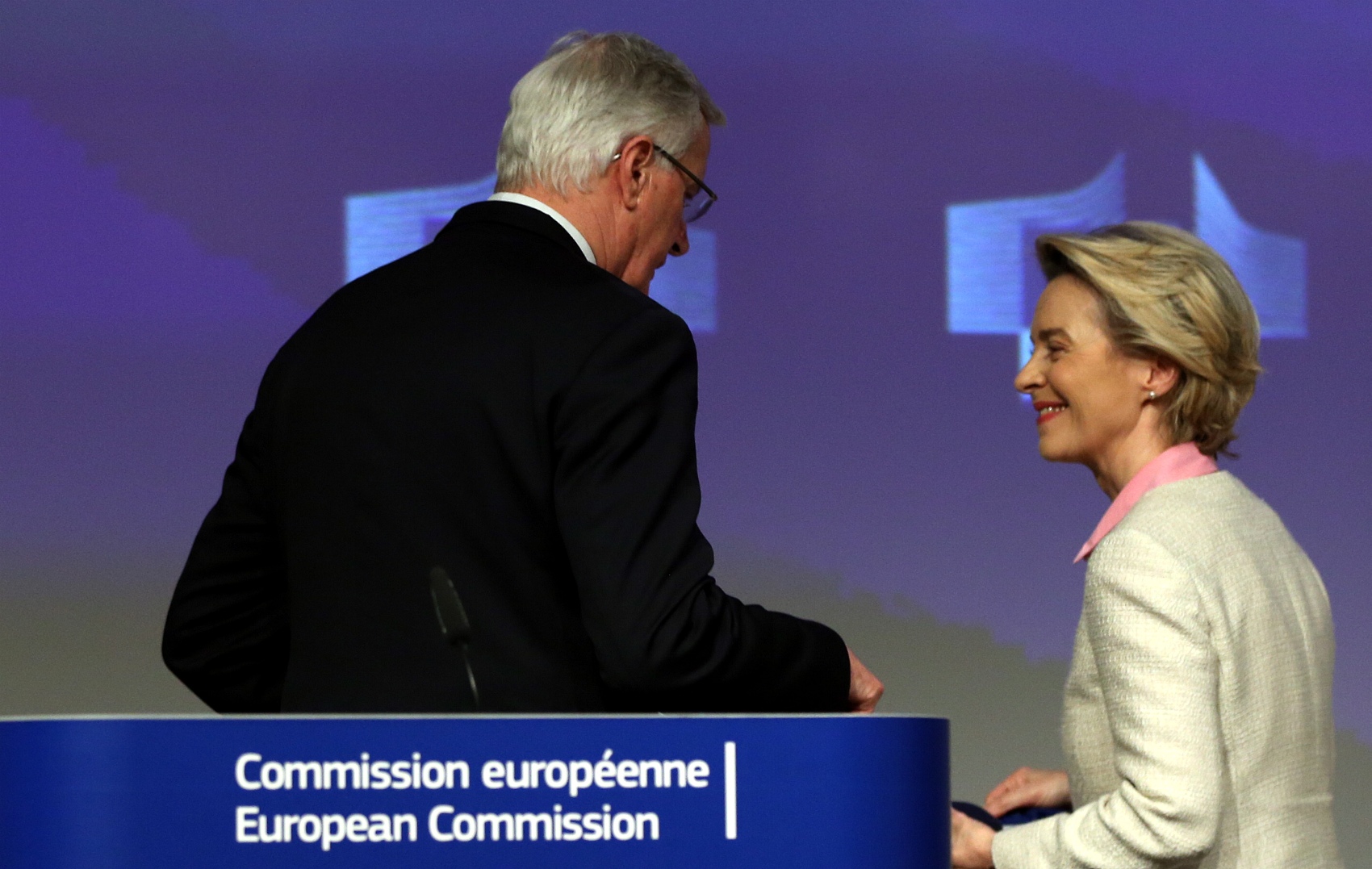 Even for an institution well known for negotiations on any subject continuing until the last possible moment, the last-minute nature of the European Union's trading agreement with the United Kingdom – on Christmas Eve when "not a creature" should be "stirring" – was breathtaking, though hardly unexpected. There will be a frantic rush in the United Kingdom to pass the relevant legislation in time.

The deal has been lauded on both sides of the Channel, both European Union and British political leaders spinning it as a "win" for their side. In the United Kingdom, it is telling that the opposition Labour Party – which has consistently opposed or abstained on key Brexit-related votes – has indicated that it intends to vote in favor, despite having some reservations. To all concerned, it seems that this deal is better than a no-deal Brexit, especially during a pandemic. It is a zero-tariff, zero-quotas trade deal. It's designed to keep trade as seamless as possible, preventing non-tariff barriers to trade and using simplified customs procedures.

From the United Kingdom's perspective, trade with the European Union will become more difficult than it was whilst in the Customs Union and the Single Market. There is, as even the most ardent Euroskeptic must admit, going to be some negative impact on the British economy. For the United Kingdom to turn Brexit into a long-term economic success, it will need a counterbalance.

The Euroskeptic strategy has always been to minimize the economic loss caused by a looser relationship with the European Union, whilst maximizing the gain from negotiating new trading arrangements with other countries across the globe. Therefore, in negotiations the British team was adamant that this "Trade and Co-operation Agreement" must not tie the United Kingdom's hands. The first part of this plan has been completed, with the United Kingdom having agreed this deal with the European Union whilst agreeing continuity arrangements with dozens of other nations. The second, to demonstrate an "added value" of Brexit, will be the litmus test of the economic success or failure of Brexit.

The world is changing: as the economies of China, India and South America will grow at a substantial pace over this decade, how the United Kingdom deals with these markets will be pivotal. The UK may well negotiate a free trade deal with the United States, and is likely to join the Trans-Pacific Partnership (CPTPP). One way or another, it must demonstrate a clear strategy: unless such trading relationships are signed, sealed and delivered, the UK cannot claim to have gained economically from Brexit. The economic benefit from no longer paying substantial contributions to the European Union budget, even allied with the gains from fisheries, will hardly be sufficient to demonstrate such economic "added value".

The forces opposed to Brexit have repeatedly downplayed the importance of fisheries, pointing out that fisheries account for just 0.1 percent of the entire UK economy. That is true at present, though it is an industry which has unequivocally suffered since joining the European Union.

To Brexiteers, the fact that fisheries represent such a small portion of the British economy demonstrates the problems with EU membership. The truth, as ever, is somewhere in between the two. There will be a clear net benefit to the United Kingdom on fisheries, and that will result in substantial job creation over the coming years, but it will remain a small part of the overall economy. The issue became a proxy for other things: an unambiguous positive for the UK from Brexit, but to pro-EU politicians woefully insufficient as a tangible benefit of Brexit.

There is a temptation to consider Brexit solely from this perspective, considering the "nuts and bolts" of the economic relationship between the two parties. The true motivation, on both sides, was never truly economic but political. The questions of governance and sovereignty were key: the United Kingdom was adamant that the UK should no longer be subject to rulings by the European Union's courts. On these matters, the United Kingdom has had some success in principle – though divergence from the European Union will be politically difficult where it could risk collapsing parts of the Agreement.

Perhaps, in the end, the relationship between the two could be more positive as friends and trading partners. The two sides must remain the staunchest of allies, even if our governance will now be different. The United Kingdom may no longer be a member of the European Union, and the transition period will have been replaced with a long-term agreement, but it will always be a European nation.

The day after the referendum, speaking to a colleague in the European Parliament, I remarked "We're all diplomats now." Whatever the acrimony of the referendum campaign, whether we agreed or disagreed with the vote, the time had come for us to work together and negotiate a healthy, positive, dynamic EU-UK relationship for the future. The next four years, sadly, did not provide room for much optimism. The political fighting on both sides continued, with tensions and passions always spilling over.

Today, I hope that my words have finally come true. We no longer have anything to fight over. We'll all have regrets, areas where we might have hoped to achieve more, but that's the nature of any hard-fought negotiation. It's time to move forwards. The final chapter of the UK's membership of the European Union has been written, and I wish both the UK and the nations of the European Union a happy and prosperous 2021. It is the "season of goodwill," after all.