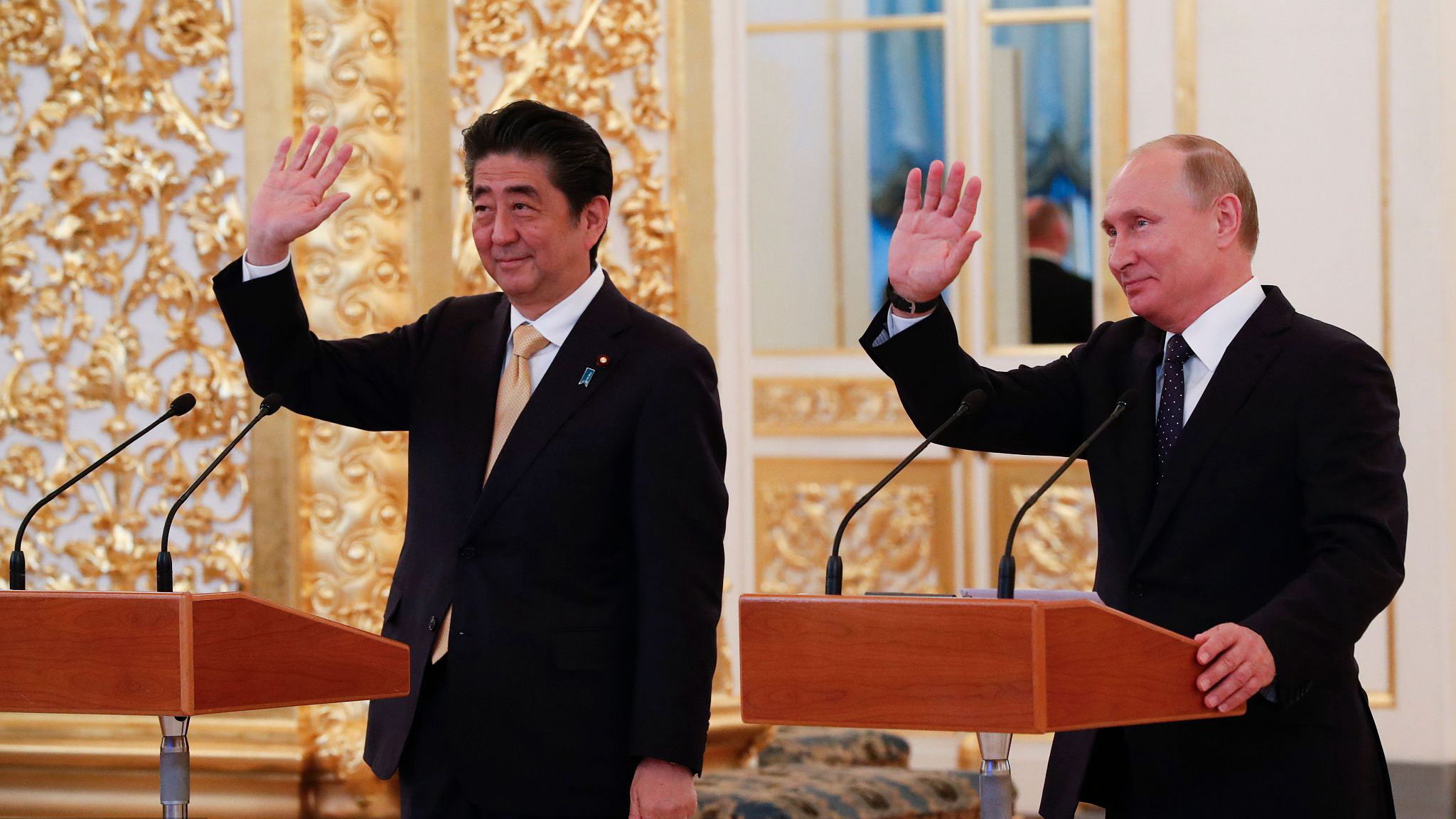 On the evening of 26 May, President Putin of Russia and Japanese Prime Minister Abe took to the stage of Moscow’s famous Bolshoi Theatre to celebrate the official start of the Year of Russia-Japan.

The gala event, which featured performances of the best of Russian and Japanese culture, marked the culmination of Abe’s two-day Russia visit, which also included his participation as a guest of honour at the St Petersburg International Economic Forum.

However, the glittering facade could not conceal the reality of a summit that failed to deliver anything of substance.

Since May 2016, Abe has been pursuing a “new approach” to relations with Russia. This involves using high-level political engagement and the promise of economic cooperation to lay the groundwork for a breakthrough in the country’s longstanding territorial dispute over the Southern Kurils (Northern Territories in Japanese).

Disagreement over the status of these four islands, which were occupied by the Soviet Union at the end of World War II, has prevented the sides from signing a formal peace treaty.

While ultimately seeking the return of the territory to Japan, Abe’s immediate aim has been to secure Russia’s agreement to conduct joint economic activities on the disputed islands. Abe and Putin agreed to discuss such projects when the Russian leader visited Japan in December 2016. 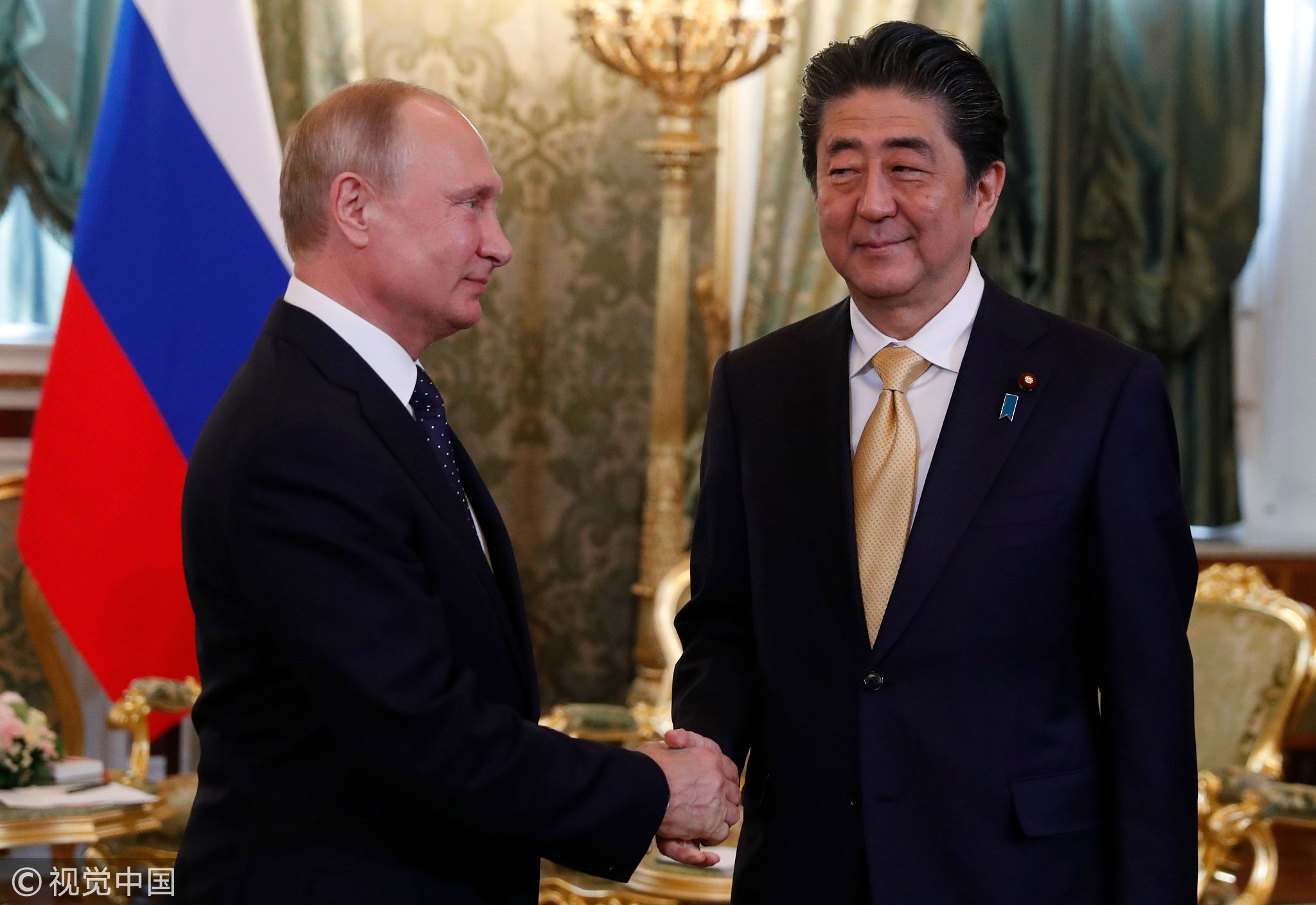 Although not economically substantial, these projects would be politically significant if, as Japan insists, they be conducted under a special legal framework that is distinct from Russian law. Such an arrangement would allow Japanese entities to operate on the islands without acknowledging Russian sovereignty, thereby enabling the return of a Japanese presence for the first time in seven decades.

Last year, the sides agreed on five priority projects and two joint survey visits to the islands were also conducted. Building on this, Abe hoped that his visit to Russia in May 2018, which marked his 21st meeting with Putin, would be the point at which a final deal could be announced.

However, while the summit did result in an agreement to accelerate talks about joint economic activities, especially in the areas of aquaculture and greenhouse agriculture, the sides remain far apart on the crucial legal question.

Essentially, the Russian government appears unwilling to shift from its insistence that the projects be conducted under Russian law, a condition that the Japanese side cannot accept.

Abe suffered a further blow at the summit when Putin announced that, while he remains committed to a peace treaty, the only possible solution to the territorial dispute is the transfer of the two smaller islands (representing 7% of the disputed landmass) to Japan after the signing of a peace agreement. 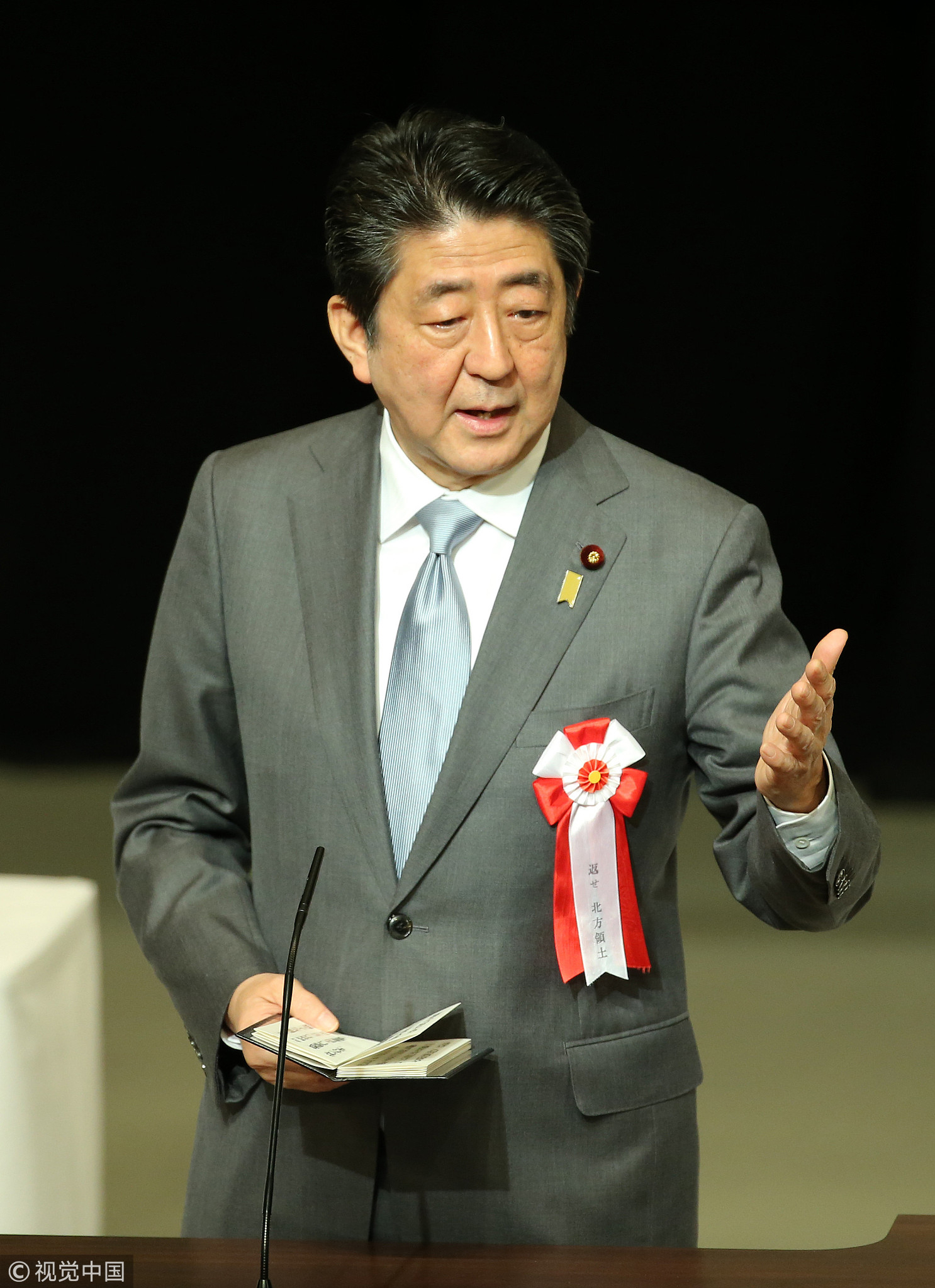 This was the offer made by the Soviet Union in the countries’ Joint Declaration of 1956 and it has been consistently rejected as insufficient by Japanese governments.

Although Abe’s Russia visit was primarily a disappointment for the Japanese leader, it also brought little cheer for the hosts. The Russian government has sought to encourage major Japanese investment in the domestic economy, especially in new LNG projects and in the development of Russia’s Far East.

However, while the Abe administration did announce an 8-point economic cooperation plan in May 2016 and appointed a special minister to oversee it, many of the proposed projects have yet to be implemented and the scale of those that have been is small.

This pattern continued during the latest summit. Impressive-sounding joint plans of action were signed on raising productivity and on cooperation in the digital economy.

A memorandum of understanding was also inked on jointly developing smart cities. In terms of bilateral deals of genuine scale and substance, however, there was little worthy of mention.

Expressing his frustration, Putin told the St Petersburg International Economic Forum on 25 May, “The volume of Japanese investment in the Russia economy is, shall we say, rather modest.” He also compared the volumes of Japan-Russia trade and investment unfavourably with those with China. 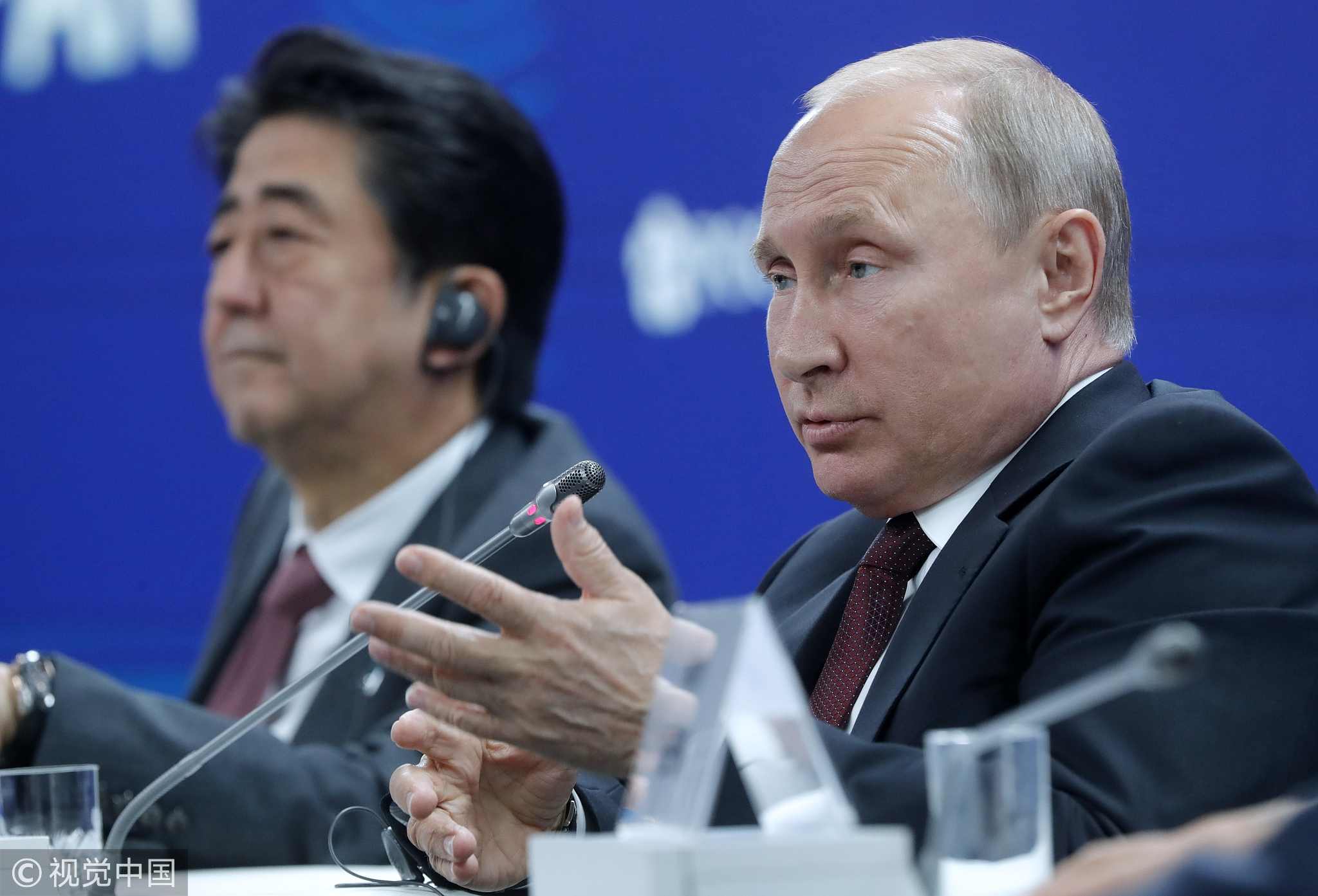 This reluctance to commit serious money is partly explained by Japanese investors’ worries over the business environment in Russia, not least their concerns about falling subject to the expanding scope of US sanctions.

Additionally, the Abe administration wants to hold back on multibillion dollar investments until the Russian side shows greater willingness to give ground of the territorial and peace treaty issues.

Further meetings are in prospect for later this year, including a possible visit by Abe to Vladivostok in September. Yet, there seems little reason to believe that further summits will be any more successful in bridging the serious disagreement over the legal framework for the joint economic activities.

Additionally, with Abe’s own position becoming ever more uncertain due to escalating domestic scandals, the Japanese leader may now fear that his yearned-for breakthrough with Russia will not be achieved before the end of his time in office.