A Himalayan consensus to resolve conflicts 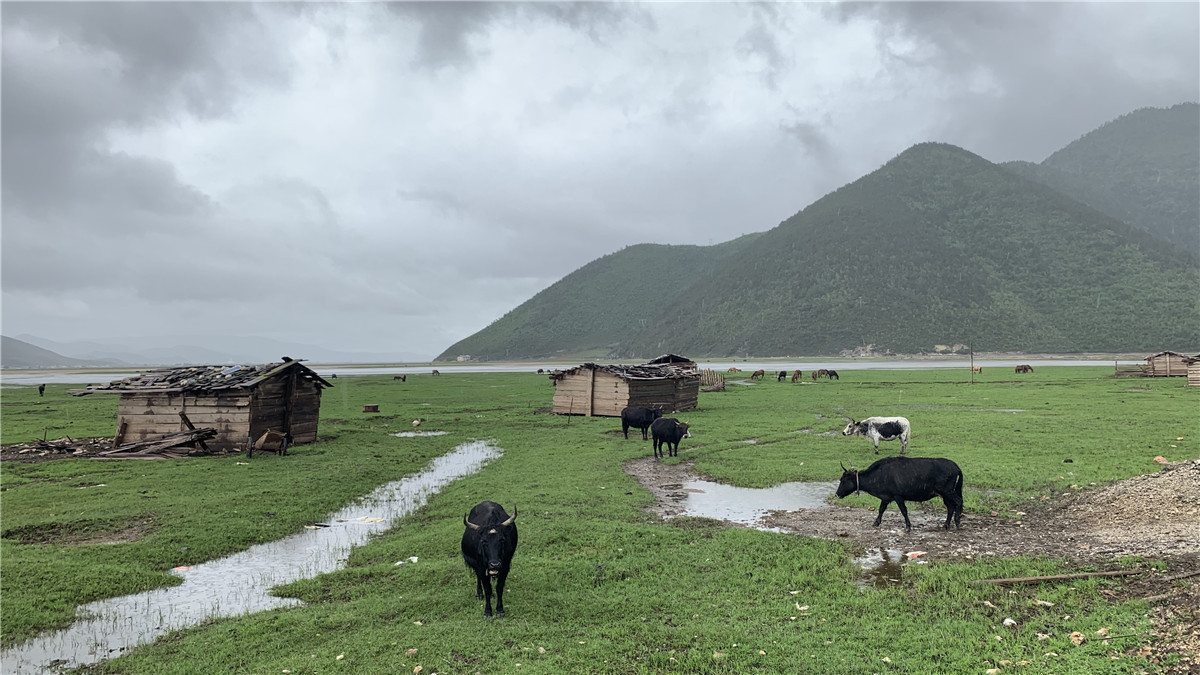 The Napa Lake is one of the biggest draws for visitors to Shangri-La, Yunnan province. [Photo by Fang Aiqing/CHINA DAILY]

Let me tell you a story about searching for a place called Shangri-la. For at times like these, people seek Shangri-la－for peace, health and happiness.

From 2002, I led expeditions on the Qinghai-Tibet Plateau for more than a decade. Our expeditions won the National Geographic Water and Air Conservation Award for bringing attention to the climate change crisis.

Shangri-la was first coined by James Hilton in his novel Lost Horizons, published in 1933. The novel became enormously popular and was made into one of Hollywood's first blockbusters in 1937.

Asian mysticism and concept of Shangri-la

Why was it so popular? Following the 1918 flu pandemic and then the extensive over-leveraging of the financial markets, everything fell apart. The Great Depression followed when people lost all hope in the capital markets, materialism and the ability of Western governments to cope with crises. So they turned to Asian mysticism and visions of a harmonious society in the concept of Shangri-la. In Tibetan, it is pronounced Shambhala.

On one of our expeditions, we discovered the Shambhala Sutra, a Buddhist text written by the 6th Panchen Lama in the 18th century. The Sutra provides a guidebook to Shambhala, but most importantly it talks about the concept of a future society with a shared common destiny.

The vision of a future world, Shambhala, is one in which those with wealth help those without. Everyone respects the environment. In turn, the environment protects the people. Compassion overrides self-interest and greed.

Over a decade of leading the Shambhala documentary film expeditions, I discovered that many local ethnic groups on the Qinghai-Tibet Plateau were working hard to preserve their cultures and the surrounding environment. Also, I learned how closely their culture is integrated with environmental protection. In fact, everything about their culture and religion involves environmental considerations. It is built into their world view.

Learning from these different social entrepreneurs, I established a group of eco-tourism guesthouses in the Tibet autonomous region that involved restoring heritage buildings in the old, historic section of Lhasa, together with the spiritual and heritage sites in the mountains. All the staff of these guesthouses are local Tibetan people. All management members who now have equity in the guesthouses are Tibetans. True, they learned from me, but now they manage the hotels better than I ever could.

Similar views on culture and environment

By 2007, I became very curious whether other people were thinking the same way, and decided to take the concept of Shambhala as a social enterprise beyond the Qinghai-Tibet Plateau. Traveling around South Asia, I found that many local groups in India, Pakistan, Nepal and Bhutan were indeed thinking the same way and doing the same thing. Community leaders were trying to protect their own culture and heritage through business.

The problem is finance does not reach small businesses. The nature of our global financial system is such that money flows into capital markets. Usually it is debt based. It goes to so-called high-tech companies, most of which nowadays produce social media or distractive technologies that do not contribute to social health or the environment. Actually, most of the time, they are hurting both.

In order to make regional social enterprises and community entrepreneurs reach a consensus on ideas, we started a movement called "Himalayan Consensus", based on three key principles: protection of heritage and identity, business requiring major changes in the financial structure, and prioritizing the environment. A fourth area was added during the conferences held in Nepal from 2014 to 2019.

This idea was that conflict is not caused by religion or politics as much as it is by economic disempowerment and the marginalization of people's identity. We can now see this clearly, not only on the global stage but also domestically, as in the United States. The majority, if not most, of the conflicts seen in the streets are caused by economic disempowerment and marginalization of people's identity.

The best way to address this issue is to provide the methods and means of economic empowerment, and finance for communities and grassroots people using business to protect the communities and build identity and heritage. Today, more than ever, such an approach, a Himalayan consensus, is needed as a counter to the Indo-Pacific strategy of the US administration.

Use holistic approach to solve problems

The border face-offs between India and China, too, highlight the urgent need for a Himalayan consensus. Perhaps the face-offs were provoked by some of the remarks of US Secretary of State Mike Pompeo, because the US' Indo-Pacific strategy of containing China has not been working. Even the banning of more than 180 Chinese apps by the Indian government is not in the interest of either country. China has come through the novel coronavirus experience using both traditional methods such as traditional Chinese medicine, together with big data to be able to prevent and control the spread of the virus. India needs this type of approach now more than ever.

Certainly, the US has not shown either the leadership or the capability to address the novel coronavirus pandemic. On the contrary, the White House's policies have contributed to the further spread of the virus.

A Himalayan consensus needs to be reached on green technologies and healthcare, particularly in remote and isolated regions, and community finance empowerment which can be facilitated through digital financing platforms. Finance needs to be applied to technology rationally and constructively to get positive outcomes, not to foster hatred and conflict.

It is time for India and China to work together in the fields of technology and not try to isolate each other. They should work together toward community empowerment, effective healthcare and smart infrastructure through green finance.

Civilizations have not risen and fallen on stock market prices but on access to water. Since the Himalayas are the source of water for all the countries in the wider Himalayan region, they would do better to work together toward solutions, not conflicts. A Himalayan consensus can bring about a real living Shambhala in our shared region.

The author is a documentary filmmaker, an explorer, environmental lawyer and a senior international fellow at the Center for China and Globalization.The views don't necessarily reflect those of China Daily.