OPINIONS A look at latest royal birth, what it means for UK monarchy

A look at latest royal birth, what it means for UK monarchy 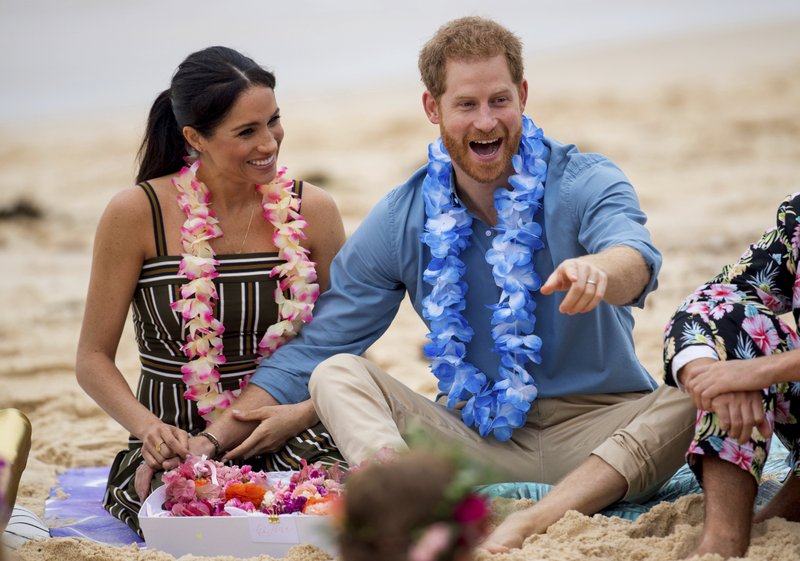 Britain's Prince Harry and Meghan, Duchess of Sussex meet with a local surfing community group, known as OneWave, raising awareness for mental health and wellbeing in a fun and engaging way at Bondi Beach in Sydney, Australia, Oct. 19, 2018. (Photo: AP)

Britain’s royal family has its newest member, a baby boy born to Prince Harry and his American wife Meghan, the Duchess of Sussex, nearly one year after their wedding in a chapel on the grounds of Windsor Castle.

Here are some key points about the new arrival.

WILL THE BABY GROW UP TO BE A KING?

The baby boy will be seventh in line to the throne, making it very unlikely that he will grow up to be the British monarch.

The current heir is Prince Charles, Queen Elizabeth II’s 70-year-old son. He is followed by his son William and William’s three young children: Prince George, Princess Charlotte, and Prince Louis. Next comes the new baby’s father, Prince Harry, and then the newborn boy.

WILL THE BABY AT LEAST BE A PRINCE?

This won’t happen automatically. It’s really up to the queen to decide, although Harry and Meghan may also have a say.

A decree issued by King George V in 1917 limits the number of grand royal titles in a way that would make Harry and Meghan’s son known as a “Lord” rather than as a prince. He wouldn’t become “his royal highness” under the current rules.

The queen has the authority, however, to intervene as she did when William and his wife Kate started having children. The queen decreed that all of their children would be princes and princesses.

She could do the same for Harry and Meghan’s offspring, but the queen’s feelings on that subject haven’t been made public. She did not make any immediate announcement after the baby’s birth.

It is also possible that Harry and Meghan could decide they don’t want the special designation for the baby, in order to give their child a more normal upbringing.

WHAT WILL THEY NAME THE BABY?

Royals tend to take their time about naming a baby.

Prince Harry, in making the announcement, said the couple hasn’t decided on a name yet.

But there has been speculation that the newborn would be named Albert, Arthur or James.

It is also possible Harry and Meghan will break tradition and give the baby a name without a long connection to the royal family.

WILL THE BABY BE AMERICAN?

Meghan is American, but palace officials said at the time of her engagement to Harry that she planned to eventually become British, a process that can take several years.

She and Harry could decide to pursue American citizenship for their baby, so their boy could end up having dual U.K.-US nationality. That would give their son the right to live and work in the United States without needing a visa— and spare him the lengthy entry procedures that often face foreign visitors arriving at US airports.

Meghan hasn’t indicated whether she plans to give up her American status once she has British nationality, a decision that could have an impact on her tax liabilities but something she is not forced to do by British or American law.

WHEN WILL WE SEE A PHOTO OF THE BABY?

Harry has resented the often-intrusive coverage of the royals by the British press and he and Meghan have toned down expectations for what information will be released about the new baby.

Before the birth, the couple indicated they won’t immediately pose with their newborn hours after the baby has arrived, as William and Kate have done with their children.

Harry said after the birth that the media and public would “probably” get its first view of the baby in two days.

DOES THE BABY HAVE RED HAIR?

It’s too early to tell, as the color of a baby’s hair changes with time.

Harry is one of the most famous redheads in the world — “a ginger” in British lingo.

The baby boy’s hair color comes down to genetics. Harry handed down a redhead gene to his baby, but it is not known if Meghan has a recessive redhead gene. If she does, there’s a 50-percent chance the baby will have red hair.