OPINIONS A mess is the legacy of Trump administration: China Daily editorial

A mess is the legacy of Trump administration: China Daily editorial 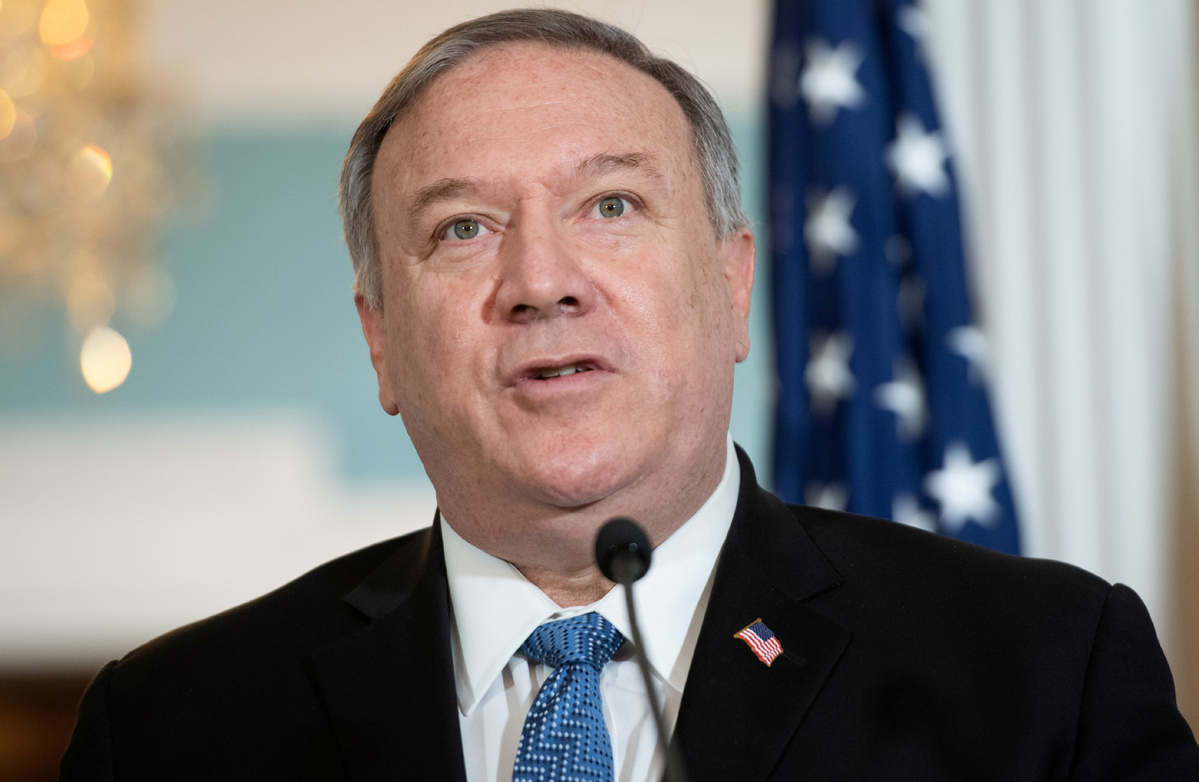 US Secretary of State Mike Pompeo may possibly pay a visit to Taiwan.(Photo: agencies)

It is not surprising that the outgoing Trump administration is going even further in its badmouthing of China. It shows how desperate and irrational the China hawks in Washington have become in their attempt to leave the political legacy of another Cold War for the next administration to deal with.

The Trump administration is reportedly planning to do something extremely dangerous on the question of Taiwan. In this plan, Secretary of State Mike Pompeo may possibly pay a visit to the island or even announce the US will establish diplomatic relations with the island. It is to be hoped that this is not the case.

But if it is, it means the Trump administration is trying to make it even harder for the next administration to mend the strained bilateral ties between China and the United States.

In an op-ed published in The Wall Street Journal on Thursday, National Intelligence Director John Ratcliffe said that China poses the greatest threat to America and the rest of the free world. He said: "China robs US companies of their intellectual property, replicates the technology and then replaces the US firms in the global marketplace."

Turning a blind eye to the fact that transnational companies of the US have benefitted exponentially from their cooperation with their Chinese counterparts in the past several decades, Ratcliffe is repeating the lies some of his colleagues have told before.

However fierce the bipartisan conflict might be, reasonable politicians in the two parties should be bearing the larger picture of both national interests and those of international community in mind. It is obvious that those who are to leave Washington soon do not deserve to be politicians. They are troublemakers.

They are doing whatever they can to destroy the world's most important bilateral relationship. They know about the US' obligations contained in the three joint communiqués between the two countries, but they don't care. They are willing to renege on what was agreed as they believe Taiwan is what they can use to ruin Sino-US relations.

Neither do they care about the interests of the American people. They know how important Sino-US trade and economic cooperation are to safeguard the well-being of the American people. They know US transnational companies will suffer miserably from worsening Sino-US ties. But they don't care. They are fixated on cementing a tough China policy no matter what the consequences are.

What they care about the most is how to leave a mess as chaotic as possible. They are not just selfish, but bad. They will be remembered for the notorious role they played.