OPINIONS A new and exciting era of Africa-China cooperation

A new and exciting era of Africa-China cooperation 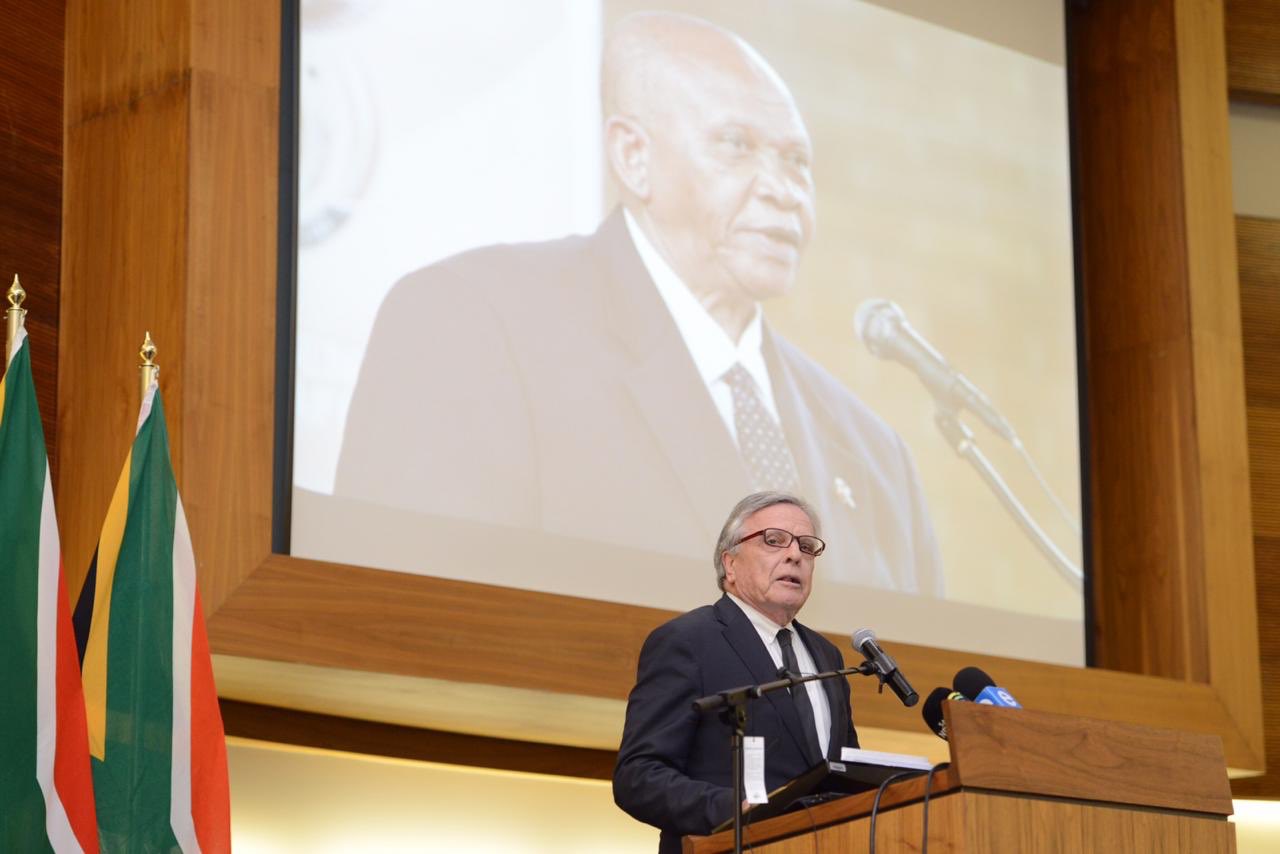 Ambassador Grobler was appointed a foreign service officer by the Department of Foreign Affairs of the Republic of South Africa.

“The recent signing of the “Cooperation Plan between the Government of the People’s Republic of China and the African Union on Jointly Promoting the Construction of the Belt and Road “ came as no surprise. It was simply a logical follow -up to the constructive Extraordinary China-Africa Summit on Solidarity on COVID-19, jointly convened by President Xi Jinping and African leaders on June 17 2020. This summit not only sent a powerful message of solidarity and cooperation inter alia on a shared commitment to combat the virus but it also reflected an enduring China-Africa friendship that continues to grow from strength to strength.

President Xi Jinping clearly stated the following at the summit: “We must stay committed to enhancing China-Africa cooperation. To cushion the impact of COVID-19, it is important to strengthen Belt and Road cooperation and accelerate the follow-ups to the FOCAC Beijing Summit.” President Xi’s words were warmly welcomed by the African leaders who pledged their support to jointly build the Belt and Road Initiative, broadening cooperation on trade and investment, infrastructure, connectivity and communication and data economy.

African countries overwhelmingly welcome the Belt and Road Initiative (BRI). Apart from the African Union (AU), almost 50 African countries have entered into agreements with China on BRI cooperation. In fact, China has so far signed 202 BRI cooperation agreements with 138 countries and 31 international organizations. According to the Chinese officials presiding over the signing ceremony last week, the Cooperation Plan between the government of the People’s Republic of China and the African Union on Jointly Promoting the Construction of the Belt and Road, is the first cooperation document signed by China and a regional international organization to jointly promote the “Belt and Road”. According to Meng Wei, the spokeswoman for the National Development and Reform Commission, the agreement defines the scope and content of key cooperation projects in fields like communication policies, facilities and connectivity, facilitating unfettered trade and smoothening access to funds, mapping out the timetable and roadmap.

The signing of the China/AU Cooperation Plan on BRI, which is appreciated by Africa, comes at a time when the spread of COVID-19 has not only put health systems on the continent under pressure, but also had far -reaching negative ramifications for Africa -- slowing down the commendable political, economic and social progress that Africa has made over the last few decades. Africa, a continent which has enormous potential and which has been described by President Xi Jinping as a “continent of hope”, is also in the process of “realizing its dream “ by implementing its strategic vision of the African Union’s Agenda 2063, which outlines Africa's future growth and its development path to become a prosperous, stable and peaceful continent. Africa knows that China as a valued friend and partner, will support the continent on “realizing its dream” by working with Africa in implementing the objectives and projects, as set out in Agenda 2063. It is critical for Africa to have the ability to take its own decisions and to promote its own preferred homegrown development course. Africa must ultimately take responsibility for its own destiny and would want to cooperate with China in a manner that enhances African priorities. It is important that Africa mobilizes support for the implementation of initiatives they see as integral to achieving the African Union’s Agenda 2063. Projects on the continent, based on Chinese financing and support, need to be increasingly linked to concrete benefits for Africans such as concern for and enhancement of local labor, local procurement and the environment. China accepts this because it “listens to Africa’ s voice.” What is therefore encouraging to Africa is that the signing of the “Cooperation Plan” will align and coordinate the objectives of the “Belt and Road” initiative with that of the African Union’s “Agenda 2063."

Africa, having already benefited significantly from BRI, is aware that BRI goes well beyond economic and commercial realms and also focuses on social, cultural, environmental matters with a very clear win-win dimension, a distinct Chinese characteristic in its dealings with the international community, with a strong focus on infrastructure, trade, finance and people-to-people exchanges, towards the creation of a shared future for all mankind.

It is therefore very encouraging to Africa, as stated by President Xi Jinping at the Second Belt and Road Forum in Beijing in 2019, that there is strong Chinese support for high standard projects, quality financing systems with strengthened debt management frameworks as well as transparent and fiscal policies for sustainable development. Africa will also increasingly be prepared to jointly pursue good governance and institutional capacity support, combat corruption, tax evasion and illicit financial outflows in close cooperation with China.

This process was given added momentum by a meeting of an Ambassadors Roundtable with economists and entrepreneurs from Africa and China which called for enhanced cooperation between China and Africa in Beijing on December 15. It was clear from this meeting that China was willing to encourage capable Chinese companies to participate in exploring opportunities and joint projects in Africa under China's 14th Five-Year Plan (2021-2025) ) , the Belt and Road Initiative (BRI) and the Africa Continental Free Trade Zone (AfCFTA). The AfCFTA is a laudable milestone that will actively promote Africa’s objectives towards economic integration and boost intra-Africa trade. The Ambassadors were briefed inter alia on China's 14th Five-Year plan (2021-2025). With this new development pattern, China is pursuing a “dual cycle” economic approach with the domestic cycle as the anchor and with the domestic and international developments, reinforcing each other with continued and growing opportunities for China and Africa economic cooperation.

Africa does not share the perspective of the US that “doing business” with China and participating in the BRI, are to the Continent’s detriment. Africa realizes that the West, in particular the US, has fabricated the so-called “new colonial” and “debt trap” fallacies to smear China and undermine China-Africa cooperation. These counterproductive and malicious attacks which focus heavily on economic cooperation, are aimed at deliberately misleading and manipulating public opinion on China’s true intentions in Africa and globally. Africa is a sovereign and proud continent and will not be dictated, as to who its international partners should be.

Africa and China are currently busy charting the way forward on cooperation in the post pandemic era. The follow-up process of the outcome of the FOCAC Beijing Summit is currently receiving active attention and will culminate in the next FOCAC meeting to be held in Senegal in 2021. China and Africa also agreed that through joint efforts, the BRI should be strengthened which was, in fact, given practical content by the signing of the “Cooperation Plan between the Government of the People’s Republic of China and the African Union on Jointly Promoting the Construction of the Belt and Road” last week.

These constructive developments clearly indicate that, in view of the challenges facing China and Africa, in the wake of the pandemic, that China and Africa find themselves on the threshold of a new and exciting era of deepened cooperation with many new areas and opportunities for future collaboration.