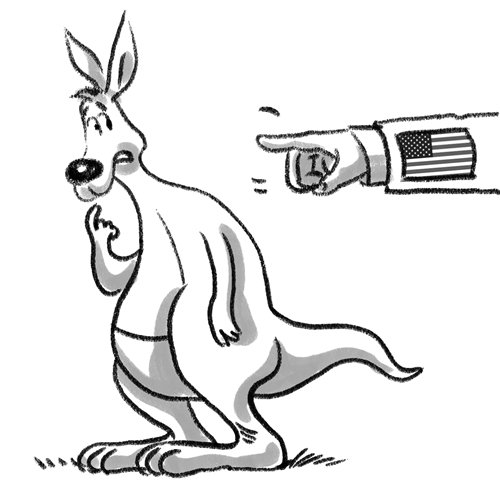 Australia has yet another new prime minister. It also has a new foreign minister. Does this mean that one of China's most important economic partners also has a new foreign policy? Probably not. Despite the chance for a major reset in Australian attitudes, ambivalence and uncertainty are likely to remain the defining features of Australia's approach to China.The causes of all the policy confusion in Australia are by now familiar to a Chinese audience but are worth repeating nevertheless. Australia's economic wellbeing remains heavily dependent on China, but this is increasingly seen by many strategic thinkers as a potential source of vulnerability rather than an asset. Significantly, it is the strategic aspects of relations with China that increasingly take precedence in Australia rather than the potential economic benefits.Australia's policy schizophrenia has been on full display over the last few days. On the one hand, newly installed Trade Minister Simon Birmingham has been one of the many foreign visitors at the China International Import Expo in Shanghai. His efforts have not been in vain: Trade deals worth $15 billion have been signed by some of the most prominent companies in Australia.At the same time, however, Scott Morrison has been publicly chastising the premier of Victoria, Daniel Andrews, for "secretly" signing up to China's signature Belt and Road initiative. Andrews has been accused of betraying Australia's national interest and opening up possible channels of Chinese influence that jeopardize national security. Whatever the merits of these sorts of arguments, they highlight just how divisive the debate about relations with China has become in Australia.Even if the spat between Andrews and Morrison may have more to do with Australia's archaic federal system and domestic political rivalries, it provides yet another rather embarrassing reminder of just how conflicted Australia's policymakers are about how to respond to China. In this regard Birmingham's visit is relatively straightforward: just try to take advantage of China's gargantuan domestic market. Marise Payne, Australia's equally new foreign minister, might find things a little more challenging.Not the least of Payne's potential problems is that she has rather big shoes to fill. Her predecessor Julie Bishop was widely regarded as competent and effective. She will be a hard act to follow. Payne's tenure as defense minister was regarded as rather underwhelming by comparison, and she kept a remarkably low profile while in that position.Two points are worth emphasizing about Payne's track record. First, she comes to her new portfolio with the advice of the nation's strategic hard heads ringing in her ears. Defense officials are notoriously hawkish at the best of times - that is their job, after all - but they are doubly so about China. Any sign of being allegedly weak on China will be seized upon by an increasingly nervous defense establishment.Second, there is nowhere to hide as foreign minister. Participating in set piece diplomatic extravaganzas is part of the job description. Payne's every move and utterance will be closely scrutinized and deconstructed. Given that this is one of Payne's first major outings as the new foreign minister and the first visit of an Australian foreign minister to China for over two years, the stakes and the pressure will be very high.While it is clearly welcome that the supposedly annual foreign and strategic dialogue between Australia and China has been resumed, it will be an important indicator of how relations are developing. Payne's room for maneuver will be constrained by the proverbial elephant in the room: the United States. Australia's strategic relationship with, and reliance on, the US is simply non-negotiable as far as the overwhelming majority of commentators and policymakers in Australia are concerned. Significantly, the US has an access to Australian policy elites that China can never hope to match, the current dialogue notwithstanding.Having said all of that, even the most enthusiastic supporters of the alliance with the US must be beginning to realize that the Trump administration is not the most predictable or reliable strategic partner. Trump is also threatening to wreck the international trading system upon which Australia's economic prosperity depends. No doubt Chinese Foreign Minister Wang Yi will be pointing this out to Ms Payne.In this regard Australia is perhaps the quintessential test of the effectiveness of Chinese diplomacy. If China can loosen Australia's ties with the US, that really would be an indicator of the Middle Kingdom's growing geo-economic influence and power. But as they say in Australia, I wouldn't hold your breath.