OPINIONS A new Cold War is bad idea for NATO

A new Cold War is bad idea for NATO 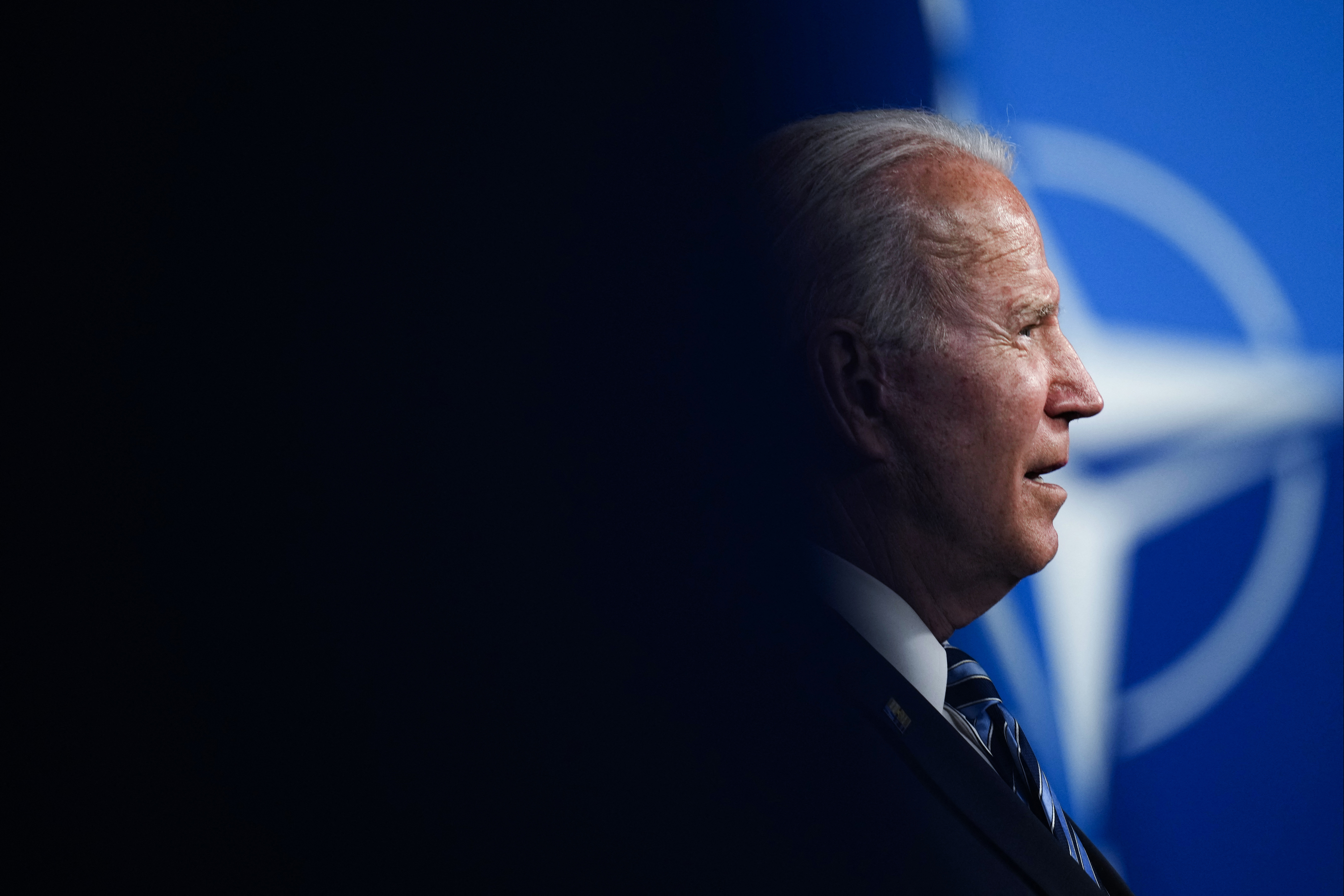 US President Joe Biden gives a press conference after the NATO summit at the North Atlantic Treaty Organization (NATO) headquarters in Brussels, on June 14, 2021. (Photo: AFP)

Paragraph 3 described China's "growing influence and international policies" as a "challenge" that will need to be collectively addressed by its 30 members. Paragraph 55, meanwhile, asserted that "China's stated ambitions and assertive behavior present systemic challenges to the rules-based international order and to areas relevant to Alliance security" as well as supposedly represent "coercive policies which stand at odds to the fundamental values" of the bloc.

It then proceeded to criticize China's alleged expansion of its nuclear arsenal, lack of transparency thereof, military cooperation with Russia and use of disinformation.

It was highly condescending for the alliance to demand that China "uphold its international commitments and to act responsibly in the international system, including in the space, cyber, and maritime domains, in keeping with its role as a major power."

The next paragraph, 56, built upon these demands by calling on China "to engage meaningfully in dialogue, confidence-building, and transparency measures regarding its nuclear capabilities and doctrine." The wording very strongly implies that China isn't doing any of this already but that the NATO countries all are, which isn't true.

In other words, these are nothing more than projections of NATO's own self onto China for the purpose of misportraying the People's Republic as a major threat to the world. This conforms to the self-interested and counterproductive trend of provoking a new Cold War.

Another alarming part of the communiqué can be found early on in one of the items describing the NATO 2030 vision. Point e of paragraph 6 envisions NATO increasing "dialogue" and "practical cooperation" with what it describes as its partners in the Asia-Pacific. It also talks about strengthening engagement with "key global actors and other new interlocutors beyond the Euro-Atlantic area, including from Africa, Asia and Latin America." 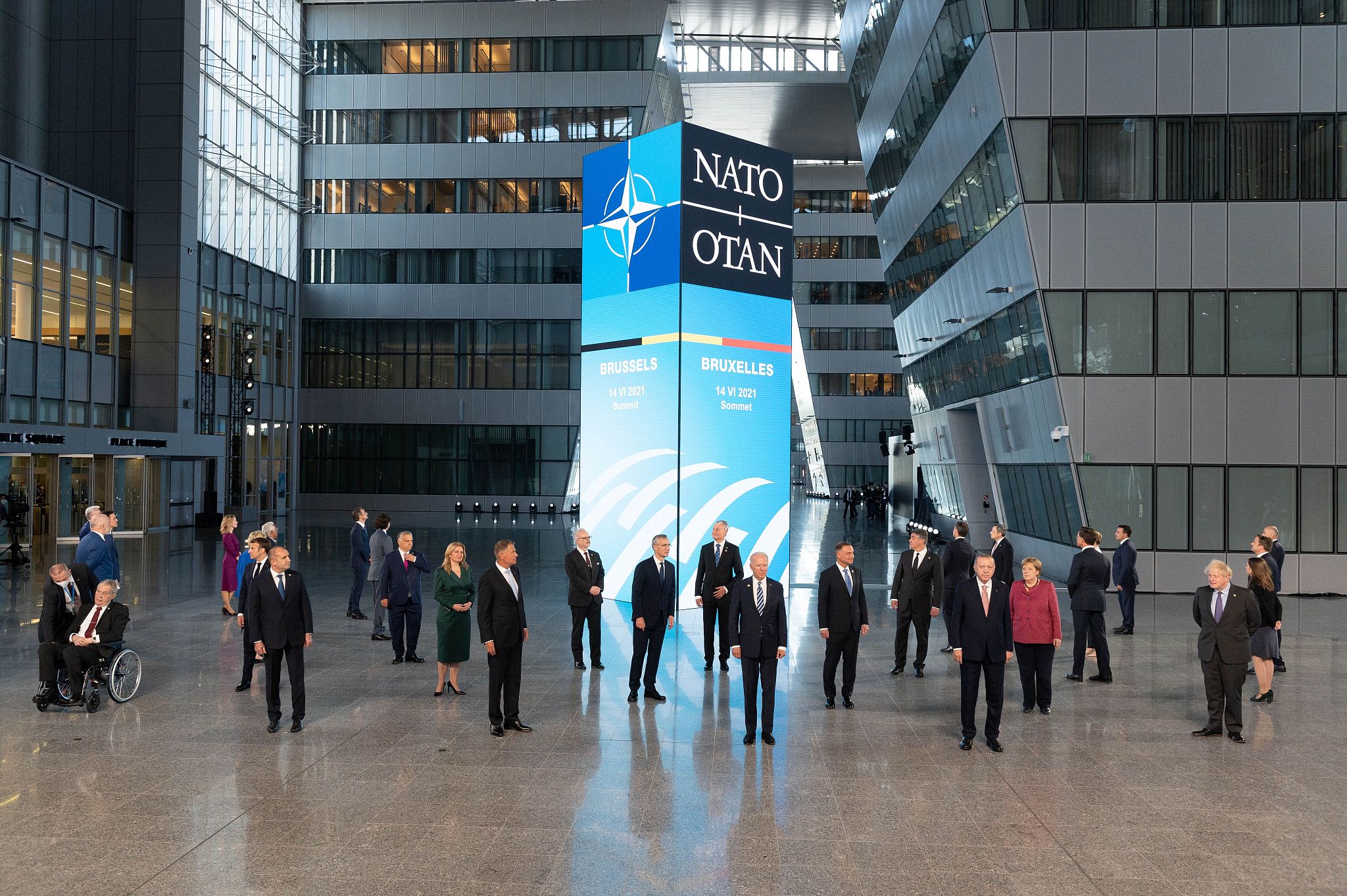 Leaders pose for a group photo before a meeting at the NATO headquarters, Brussels, Belgium, June 14, 2021. (Photo: VCG)

Paragraph 73 specifies that some of these countries include Australia, Japan, New Zealand and the Republic of Korea. These references prove that NATO is actively planning to expand beyond its home region of the Euro-Atlantic region into what the U.S. has recently taken to calling the Indo-Pacific. If there's any silver lining, it's that India wasn't mentioned in the text at all despite its close security partnership with the U.S.

Coming on the heels of the G7 Summit's communiqué just the day prior, there's no longer any doubt that U.S. President Biden is assembling a coalition of countries to "contain" China through economic and military means. This is a very dangerous reinvention of this (old) Cold War-era relic that should have been dismantled after the Soviet Union's dissolution in 1991, seeing as how its raison d'être was to contain it.

Instead, NATO sought to reinvent itself first by carrying out so-called "humanitarian interventions" in Bosnia and the former Yugoslavia, after which it joined the U.S.' so-called "Global War On Terror." Nowadays, it's reinventing itself once more as a conventional military tool to be employed by the U.S. in what it describes as its "great power competition" with China.

In reality, however, not all of NATO will participate in the U.S.' anti-Chinese crusade. The only countries with the military capabilities to comfortably operate outside of their home region are America itself, France, Italy, Turkey and the UK. All others require some level of support from those leading members and are thus incapable of extra-regional unilateral military action.

The very fact that the U.S. is calling on its allies and their Asia-Pacific partners to assist its so-called "Pivot to Asia" speaks to how weak America's strategic position has become in recent years. The U.S. knows that it cannot "contain" China on its own, hence the need to de facto contract its partners' military services under the false pretext of the "rule of law" and "international norms" in order to make this hierarchical relationship less obvious to their domestic audiences who might be offended by it.

There's no reason why the NATO countries and their regional partners should go along with this. Doing so would only prove their counterproductive submissiveness to the U.S. and greatly endanger global security. It was never China which posed a threat to the rule of law and international norms, but the U.S.

Following in America's footsteps is, therefore, the worst possible strategic decision that any country can make, especially at this sensitive time in human history when the world must urgently come together to combat COVID-19 and jointly rebuild the global economy. The Cold War mentality, the military-industrial complex, zero-sum games and brinksmanship all belong in the past. Just as the G7 is outdated in today's rapidly transforming world, so too is NATO, with the latter especially deserving of being thrown into the trash can of history for the sake of humanity.