A new exodus seems to be underway for the White House 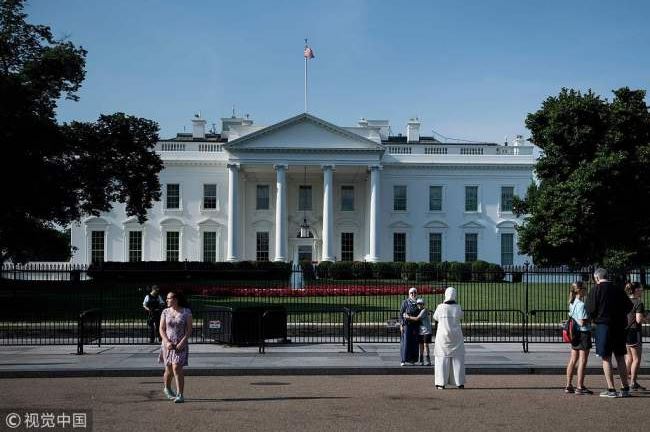 People walk on Pennsylvania Avenue outside the White House on June 18, 2018 in Washington, DC.  (Photo: VCG)

When he joined the White House more than a year ago, Kelly was seen as an enforcer who introduced some discipline to the behavior of President Donald Trump. He enjoyed some early success before losing favor with the president. Hagin, an aid to both President George Bush and President George W. Bush, was a key organizer of the Singapore summit between Donald Trump and Kim Jong Un. And Eissenstat, a key trade advisor to Trump, was a member of the American delegation that came to Beijing in early May for trade talks with China. He also attended the G7 Summit in Canada in June as a senior assistant to the president.

As a former businessman, President Trump appears to be running his administration as if he was running a business and the United States government was "The White House Corporation Limited." For a company, the resignation of a few top managers is often not unexpected. But what we have seen at the White House is so many changes in senior roles over the year and a half of his presidency that this would be abnormal in a company, let alone a national government.

The Trump administration has been troubled by disorder. In trade affairs, for example, different factions have been clashing with each other. People like Larry Kudlow and Steven Mnuchin tend to support free trade, while Peter Navarro and Robert Lighthizer are economic nationalists who believe that a trade war is the only path to achieving what they consider to be fair trade. So it is perhaps no surprise that there is a lack of continuity in President Trump's decisions regarding trade. And strong disagreements have reportedly flared on many occasions between the president himself and his ministers. Rex Tillerson was fired mostly because he and President Trump didn't agree with one another on the issue of North Korea. And John Kelly has openly complained to lawmakers that the White House is a miserable place to work.

There is probably a long list of people hoping to leave that miserable place. Data compiled by Martha Joynt Kumar, the director of the White House Transition Project, show that more than 60 percent of the senior advisors who joined Trump's team early on have already departed.

Internal disorder is not the only headache. When it comes to trade, President Trump's policies are doomed to backfire. Some American businesses and manufacturers that President Trump has been vowing to protect are also turning against him. American motorcycle manufacturer Harley-Davidson is moving some of its production overseas because of cost increases resulting from the European Union's retaliatory tariffs against the Trump administration's tariffs on European steel and aluminum.

American dairy farmers have expressed their concerns that they may have to pour their milk into rivers, like their predecessors did during the Great Depression, because of a potential lack of buyers amid the looming trade war. The American Soybean Association, facing the prospect of a huge loss in the Chinese market, has expressed similar concerns. And U.S. House Speaker Paul Ryan, a leading member of President Trump's own party, openly disagreed with the administration when it decided to impose steel and aluminum tariffs on the European Union, Canada, and Mexico, saying there are better ways to help American workers and consumers.

Influential American economists such as Thomas Sargent have also called Trump's tariffs on America's allies a stupid decision, saying that the duties will only benefit a minority of people in the United States. What's more, some of them are even suggesting that China could become a net winner in a trade war, given its capability to retaliate against the United States.