OPINIONS A new war may be brewing in southern Syria

A new war may be brewing in southern Syria 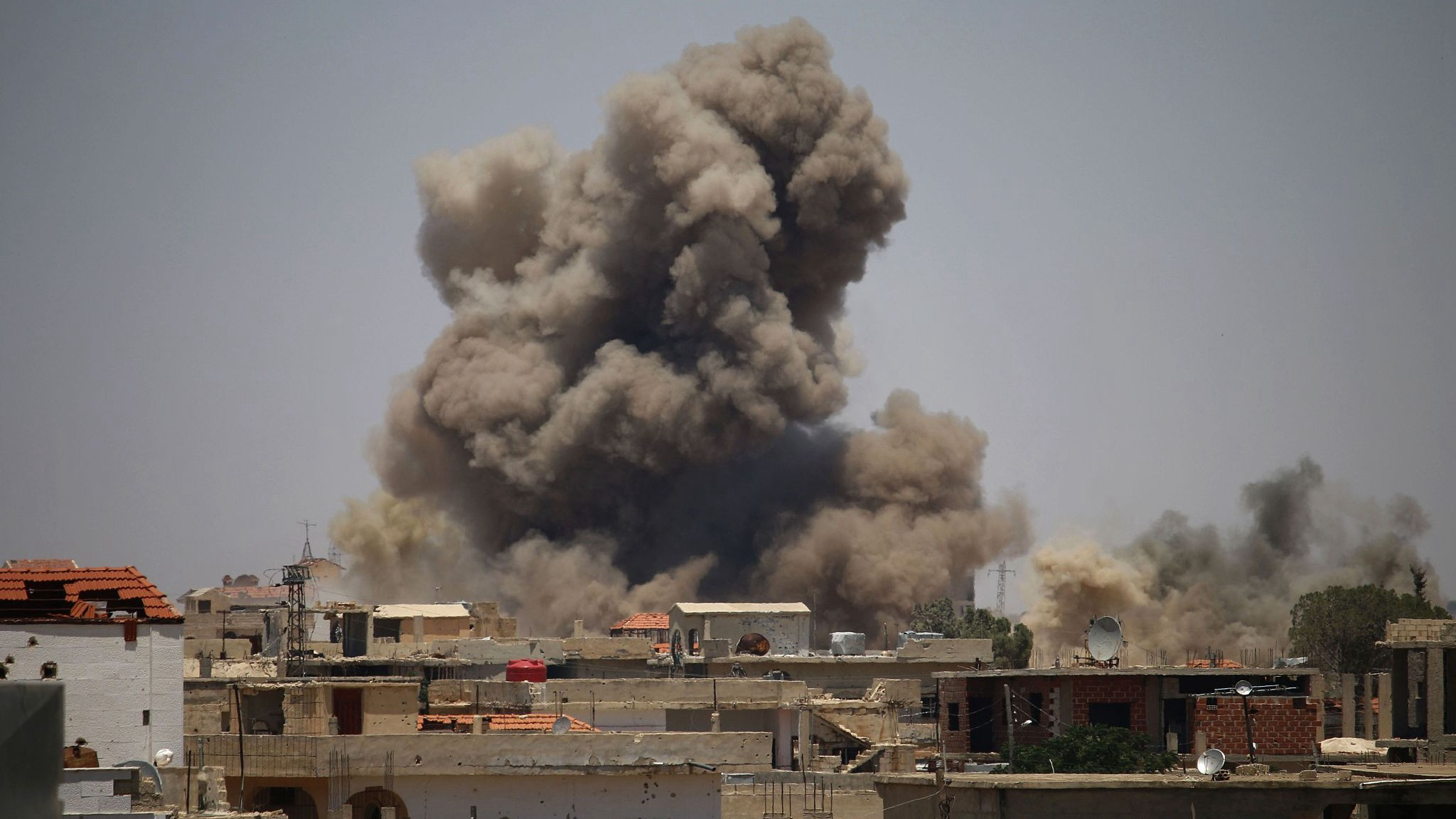 Southern Syria is witnessing the beginning of a military campaign by Syrian government forces to retake these areas. The Daraa and Quneitra provinces of southern Syria, which have been under Syrian rebels' control for years, might become the major battlefield that attracts the world's attention.

Southern Syria has been largely in the “de-escalation zone” that was agreed upon by Russia, the US and Jordan in July 2017. The de-escalation zone aims to freeze the frontlines and maintain peace in this area.

The US and Jordan want to curb the expansion of both Syrian government forces and other militant groups related to, or supported by Iran into southern Syria, while Russia hopes to keep the status quo in southern Syria to avoid provoking their nervous neighbors, Israel and Jordan.

Although the de-escalation zone is a mechanism for regional and international powers to alleviate the hostility in southern Syria, there are still serious problems surrounding the reconciliation.

On the one hand, the de-escalation zone does not consider the concerns of both the Syrian government and Iran.

Although Russia is a major maintainer for the status quo in the de-escalation zone, the governments of Iran and Syria are still interested in launching a military assault on the south with the aim of retaking whole Syrian territory.

On the other hand, under the de-escalation zone framework, no unified security force has been formed by the different factions to enforce law and order despite repeated discussions of the matter.

In the joint US-Russia announcement over Syria in November 2017, the de-escalation zone was described as an “interim step to reduce violence in Syria, enforce ceasefire agreements, facilitate unhindered humanitarian access, and set the conditions for the ultimate political solution to the conflict.” Without unified local authority, any efforts to maintain the status quo will come in vain.

Since the beginning of 2018, there have been skirmishes between Syrian government forces and Syrian rebel groups in southern Syria. These clashes and skirmishes decrease the political trust among different parties in southern Syria while a total confrontation seems plausible.

For example, in April, Russia accused Syrian rebels of “creation of a territorial entity there [in the south] with the capital in Daraa, under the auspices of the United States, which will be independent from Damascus, similar to the areas controlled by the Syrian Democratic Forces in the northeast of the country.”

With the redeployment of Syrian government forces, it is only a matter of time before they launch a new attack.

The new round of attacks by Syrian government forces in southern Syria might provoke the hostility of Israel. Israel perceives southern Syria, especially the Daraa and Quneitra provinces, as an important "buffer zone" separating Israel’s northern border with Iran and other militant groups supported by Iran.

For Israel, although some Islamic extremists and terrorists in southern Syria are a threat to Israel, the forces of the Iranian and Syrian governments are “bigger” threats.

It is, therefore, necessary for powers, especially Russia, to take measures to balance the particular concerns between Israel and Iran.