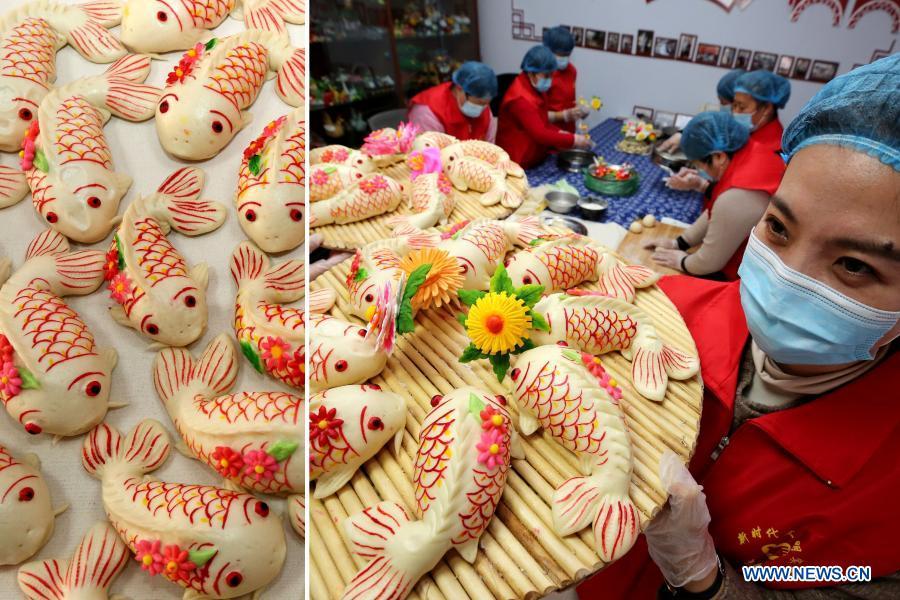 As Spring Festival arrives, the enchanting holiday atmosphere can be felt all over China: Red lanterns are hung everywhere, couplets are posted on every door of every family, Kung Hei Fat Choi——a classic holiday song——is played in supermarkets, and young people who work in other places return home to reunite with their families. This Spring Festival seems no different from the previous ones, but both the masks on people's faces and the staff with a temperature sensor in their hands indicate that it is a peculiar holiday.

However, any Chinese who experienced the Spring Festival in 2020 will cherish such a sight, as last year was when the outbreak of COVID-19 emerged, leading people to begin the new year with fear and apprehension. Now the pandemic continues to develop rapidly in other countries, where the number of infections continues to rise, while normal life has largely resumed in China, which has managed the outbreak effectively. This achievement, gained in just a few months, was the result of joint efforts of the Chinese government and people.

China's success in controlling the epidemic is inseparable from the timely response of the Chinese government. A 150-member medical team was sent to Wuhan within a few days after the coronavirus outbreak. In order to treat the patients, Huoshenshan (Fire God Mountain) Hospital was built from scratch within 10 days. The construction of 14 mobile field hospitals helped in treating more than 10,000 patients with mild symptoms and reducing the death rate. These measures played a crucial role in the early days of the outbreak.

In addition, the Chinese government has demonstrated a strong ability to execute. Under the guidance of the government, 19 provinces had concentrated their medical workers and resources to provide one-to-one support to each city in Hubei province. In less than a month, the government had deployed resources from various places to transport more than 5 million sets of medical protective clothing to Hubei province. Five scientific teams carried out research at the same time and developed a nucleic acid detection kit, which improved the efficiency of virus detection. From villages to cities, governments at all levels took the initiative to ensure the safety and health of everyone.

China's strong comprehensive national strength has withstood the test of the pandemic. In terms of medical technology, a team of Chinese experts isolated virus strains and performed genetic sequencing in just a few weeks. Now an effective vaccine has been successfully developed. In terms of science, China has adopted several cutting-edge technologies such as big data, artificial intelligence and the internet of things to make epidemic prevention and control easier and faster. On the economic front, China is the only economy that has achieved positive economic growth so far.

China's socialist system has enabled the epidemic to be effectively controlled in a relatively short period of time. The Chinese Communist Party led the Chinese people to unite at critical moments and concentrate their efforts to tide over the crisis. As an old Chinese song goes, unity is strength.

The Chinese government has also embodied the spirit of humanity in the fight against the pandemic. China provides free medical care for every diagnosed patient, with a total expenditure of more than 1.35 billion yuan. The government promises free vaccinations of the new vaccine for all. On April 4, silent mourning activities were held across the country to commemorate every compatriot and martyr who died in the pandemic. China upholds the belief of building a community with a shared future for mankind, and actively cooperates and exchanges information about the coronavirus with WHO and the international community, shares experience in epidemic prevention, and strives to prevent the spread of the epidemic across the world. China has also, within its capacity, shared medical resources such as medicine and masks with countries in need, which has been praised by the international community.

"China has done extraordinary things to mostly contain the virus within Hubei and central China," said Peter Hotez. "They recognize their responsibility to the world as well as to the people of China and have worked hard to contain this virus."

Chinese people have also made great contributions in the fight against the pandemic. Doctors, nurses, policemen, soldiers, scientists, workers and volunteers remained at their posts to safeguard public health regardless of their own safety. Ordinary people also made a big difference in battling the pandemic. They actively responded to the government's call and abided by the quarantine policy, which slowed the spread of the virus.

One tumultuous year later after the outbreak, things are gradually getting better. During last Spring Festival, all of China was under the shadow of the epidemic. Now the epidemic has been brought under control and vaccines have been successfully developed. Perhaps in next year's Spring Festival, every Chinese individual can have the joy of breathing freely.