OPINIONS A reading of the World Economic Outlook Update

A reading of the World Economic Outlook Update 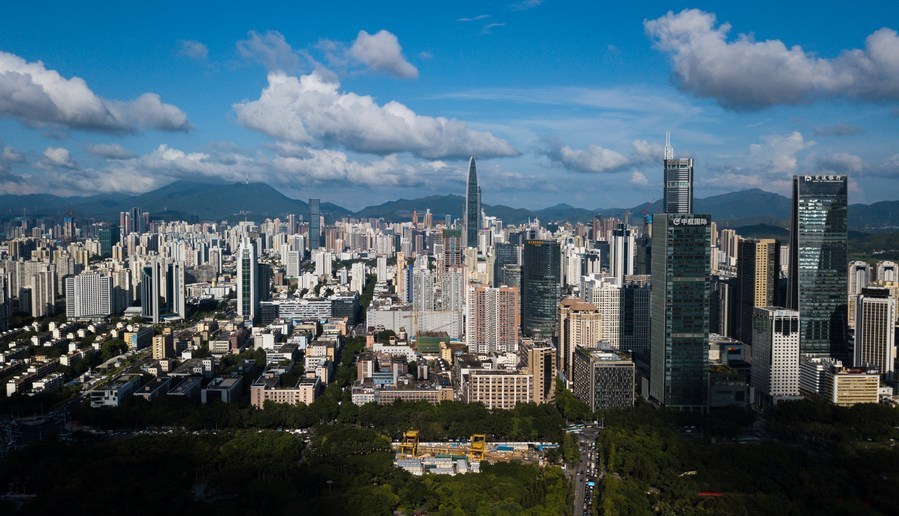 The IMF issued the World Economic Outlook Update on January 26. Compared with the previous report, the tone was a lot more upbeat and forecasts inch a bit higher for many countries. The IMF is of the opinion that multiple vaccines currently being rolled out around the world raised the prospect of an eventual end to the coronavirus pandemic this year.

China of course stands out as the only major economy in the world that booked a positive GDP growth figure at 2.3 percent last year. And the IMF's forecast for China is 8.1 percent in 2021 and 5.6 percent in 2022. These are encouraging numbers, and I bet my money on the IMF's staff economists in consideration of the government's strong and disciplined responses to sporadic COVID-19 outbreaks in several cities so far this year.

Like 2020, this year's economic outlook is still closely related to COVID-19, which is still the only factor driving everything at this point. Those defeating the virus will prevail, as simple as that. Not meant to be particularly flattering to the Chinese government's performances so far in this regard, it is indeed fair to invoke Julia Caesar's famous saying to describe the situation, with a slight twist though, "I see, I come, I conquer!"

The abovementioned is the good news in the IMF's report. The bad news is that it said the strength of the projected recovery varies across countries, "depending on the severity of the health crisis, the extent of domestic disruptions to activity (related to the structure of the economy and its reliance on contact-intensive sectors), the exposure to cross-border spillovers, and more importantly, the effectiveness of policy support to limit persistent damage."

For example, within the Advanced Economy group, the United States, France and Spain are projected to grow above five percent, which is extraordinary by the standard of a developed economy, whereas Japan, Italy and Canada will be in the three percent range.

For the Emerging Market and Developing Economies category, Asian economies are projected to do much better – at 8.3 percent overall, leading by India (11.5 percent) and China (8.1 percent), compared with Sub-Sahara Africa at only 3.2 percent.

In other words, the rich fare generally much better than the poor after a supply shock like the COVID-19. During Joe Biden's presidential campaign, he repeatedly referred to this K-shaped recovery pattern.

For example, after the 1918 pandemic, more advanced economies around the world bounced back much faster, while the poor countries' economies lingered along. The United States witnessed one of the best stretches of economic growth for over a decade up until the Great Depression of the 1930s.

Today, I see China's position at this juncture very much like the United States after the 1918 pandemic, as the nation is quickly developing. It is no longer one of those relatively poor countries that have to wait in the wind for the recovery dividends in advanced economies to percolate down.

Being the center of global manufacturing activities, China can bring much more benefits that the world needs. China's exports figures have proven this point consistently month after month since the second half of last year.

But amidst the good news, this is not the time for China to sit back and enjoy its future ride. The country still needs to give a helping hand to those of the third world, which is still currently suffering and will continue to suffer from the COVID-19 pandemic for a while.

There are many things China can do in terms of providing access to medical supplies and vaccines, continuing the Belt and Road Initiative infrastructure investments there, and increasing imports from these countries.

To conclude, the updated version of the World Economic Outlook Report has painted a bright and promising economic prospect for 2021, especially for China. It would be natural and reasonable to be confident about the robust growth of China's economy, and to believe in the positive impact it has on global economic performance.

John Gong is a professor at the University of International Business and Economics and a research fellow at the Academy of China Open Economy Studies at UIBE.