OPINIONS A reflection of Chinese wisdom and Beijing's insight

A reflection of Chinese wisdom and Beijing's insight 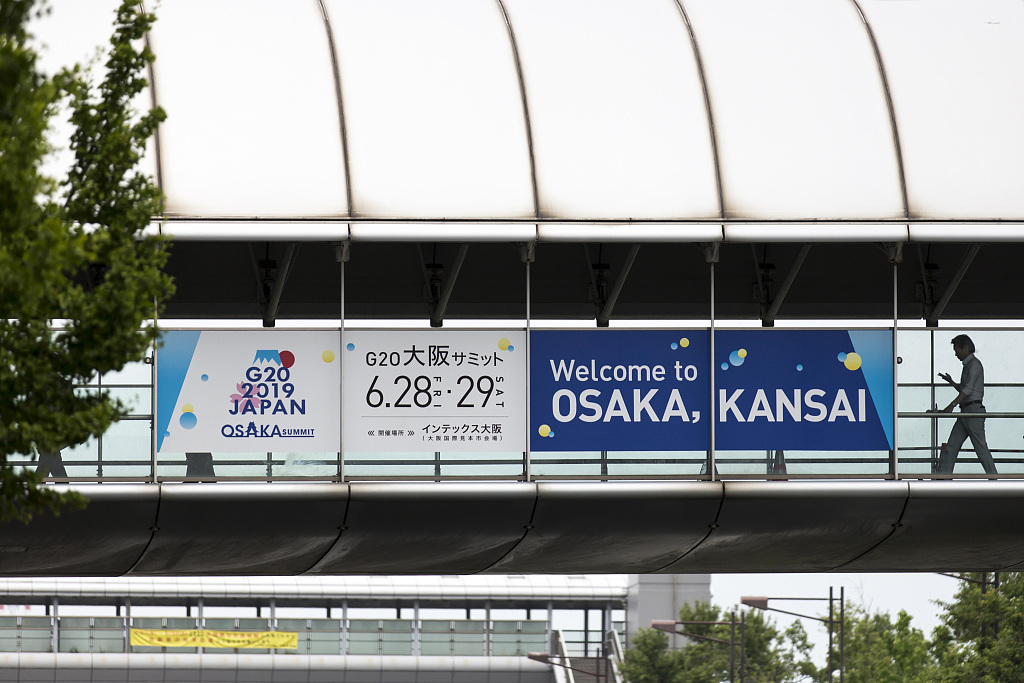 Since the Group of Twenty Finance Ministers and Central Bank Governors (G20) was established in 1999, particularly the first summit of the G20 in 2008, it has become a significant forum with a view to promote global economic cooperation.

As China acts as both the largest developing country and one of the two largest economies of the world, it is understandable for the world to look to China's demarche during the 14th G20 summit in Osaka in 2019.

Although the G20 is a well-organized forum for the world's major economies with pivotal leverage and roles, it is also facing increasing challenges and risks in recent years with the changing world economy and ideology.

In the past, China demonstrated its critical and constructive role during the previous G20 summits. In light of the escalating trade war between the US and China and the multiple global uncertainties, Chinese President Xi Jinping's address at the Osaka summit may shed light on the new approach of global governance.

First, President Xi called on all countries to persistently carry on reform and innovation. At the crucial moment, all countries need to cooperate and consult with each other in order to find the best way to advance structural reform.

In terms of the world economy which is in a transition period, Xi reiterated the necessity of developing a future-oriented industry structure, policy and system based on the digital economy, overall connectivity and reliable social security.

To that end, Xi pledged that China would further open up its market, proactively expand imports, continuously improve its business environment for foreign enterprises, and press ahead with various trade agreement negotiations.

Second, due to the rising trend of unilateralism and protectionism, Xi vowed that China would continue to champion international collaboration on innovation beyond borders.

As he put it, when the heads of states have come together to resolve the common challenges and spread the fruits of innovation, they should make a difference for more countries and for the life of their peoples.

China, as the world's second-largest economy and largest developing country, has persistently voiced its support for multilateralism, international order based on international law and fairness and justice. This is the spirit of partnership of the G20 in the global governance.

Reflecting Chinese wisdom in "to repair the house before it rains," Xi argued that the G20 should ensure sufficient resources for financial safety in the future and also act efficiently to implement the Paris Agreement and improve energy, environmental and digital governance.

Third, in his speech, Xi highlighted that China has assumed the global responsibility with an aim to make more contributions to the improvement of global governance over the past decades.

It is due to the realization of the UN 2030 Agenda for Sustainable Development, which remains a daunting task for all countries, that China proposed the Belt and Road Initiative and has steadily advanced this project.

As Xi noted, the initiative was designed to mobilize more resources for the shared prosperity through connectivity and integration with all regions involved. In effect, the BRI also reflects the strategic vision of President Xi who has persistently championed the welfare of the developing countries and the improvement of global governance.

Finally, Xi firmly believed that China's further development cannot be isolated from the world, meanwhile a prosperous China will surely benefit the world.

Thus, in spite of the divergent interests and views on certain issues among the G20, it is necessary to conduct dialogues in the spirit of partnership and consensus. If this can be achieved between major countries, it will serve global peace and development.

All in all, as President Xi concluded in his speech at the G20 summit that China will continue to follow its opening-up policy in the spirit of peaceful co-existence and win-win cooperation with all other countries. For sure, the mission comes from both ancient Chinese wisdom and current insight from Beijing.